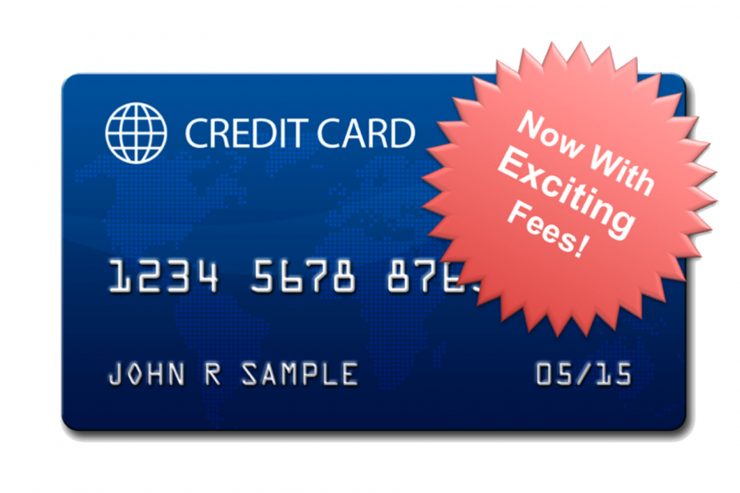 This article was originally published on Humorality, on October 27, 2011.

Businesses provide goods or services in exchange for money. When you buy groceries at the store, you pay. When you get your haircut at a salon, you pay. It works the same way for banks; when you open an account, you pay. But banks discovered that if they could collect your payment through interest or by charging the merchants fees every time you use your debit card, you would be happier. You still pay for the checking account, but you do it indirectly through reduced interest rates or increased prices from merchants. It’s all hidden from you; “free checking” is bankspeak for “hidden-fees checking,” and Americans love hidden fees.

And they hate direct charges. That’s why things got complicated when Bank of America recently announced a new customer fee for debit card transactions. The fee stems from the “Durbin amendment,” a portion of the Dodd-Frank Wall Street Reform and Consumer Protection Act of 2010 added by Senator Dick Durbin (D-IL) just before passage. Previously, banks could charge merchants up to 44 cents for each debit card transaction. The updated rules limit banks with over $10 billion in assets to a charge of just 24 cents per transaction. $10 billion? 44 cents? 24 cents? Don’t ask where the numbers come from. The point is that Bank of America, which had been using those fees to offset the costs of free customer services, needed to obtain the money elsewhere. The solution? Charge the customer directly.

It was an idea that bordered on treason. “What Bank of America has done is an outrage,” said Senator Durbin in response to the bank’s new $5 per month fee. Of course it’s an outrage; it’s a direct payment. Didn’t banks learn back in the days of free toasters that they couldn’t charge customers for their goods and services?

Durbin has it right. In fact, he needs to issue a few more amendments that eliminate the ridiculous up-front fees charged by restaurants, gas stations, office supply stores, and—please, please, please—Amazon.com. The government is already an expert at hiding its own charges. Payroll withholding is a genius idea that keeps people ignorant and happy. If you never see the money coming out of your paycheck, why should you care where it goes? And half of the taxes you pay for Social Security and Medicare are actually paid on your behalf by your employer. Of course, your salary is reduced by the same amount, but who cares? It’s hidden!

Still, there are so many things that Americans pay for up front. It’s high time that we stopped paying attention and started paying more hidden fees. The Obama administration has done a good job at getting the ball rolling. Following Bush’s lead in the banking bailout, Obama invested in the automobile industry, and investment means hidden fees. Yes! And now with exciting new programs such as Obamacare, federal funding of failing green energy startups, and nearly unlimited extensions for unemployment and student loan payments, the end of out-of-pocket spending may finally be in sight. Of course, it will require nearly 100 percent taxation rates, but what were you going to spend that money on anyway? Bank fees?