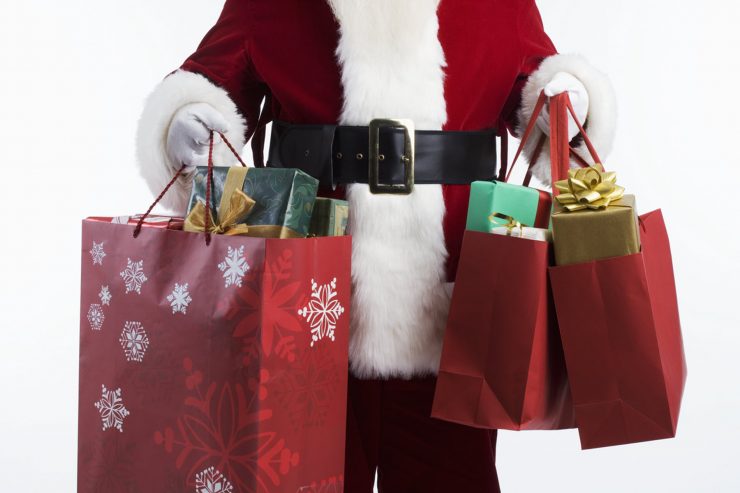 This article was originally published on Humorality, on December 30, 2011.

Santa Claus, once a strong contender for the Republican presidential ticket, has seen his Iowa poll numbers fall in recent days after rumors surfaced of a bribery scandal. The complaint, raised by potential voters across the state and across party lines, is that Santa attempted to influence voter intent by delivering toys to the children of Iowa. A spokesman for the Claus campaign called the charges “baseless and naughty.” Nonetheless, children all over this rural state have been seen jumping and playing with toys still bearing a “From Santa” tag.

Mr. Claus had been running neck-in-neck with Mitt Romney in a poll of Iowa residents just two weeks ago, but that support has quickly slipped to below ten percent. The fall-off in popularity shadows similar trends by other candidates such as Herman Cain and Newt Gingrich in what has turned out to be a GOP Anyone-But-Romney-But-Come-On-Isn’t-There-A-Viable-Republican-Anywhere political season.

John Tate, Ron Paul’s campaign manager, lashed out at the overweight yet jovial candidate, accusing him of “singlehandedly destroying the American way of life with his foreign-made toys and his ability to slip through our nation’s porous borders undetected time and time again.” He also repeated the mantra, heard frequently on his campaign commercials, that Mr. Claus’s red suit is “an obvious signal of his leftist beliefs.” Fellow candidate Michele Bachmann was unusually silent, stating only that she loved the new Barbie® Malibu Dreamhouse set she received on Christmas morning.

The allegations of vote buying aren’t the only issue plaguing Santa. In the most recent Republican debate, several candidates chided him for his offshore factories that skirt American labor rules and taxation. His campaign also struggled after his staffers mistakenly registered him on several state ballots as “Kris Kringle,” causing voter confusion. And just three days ago, the online watchdog group Is Santa For Real? released a scan of a birth certificate from Turkey for “Nicholas of Myra” that it claims proves Santa’s ineligibility for the office of President. That scandal passed quickly when it was shown that the birth year listed on the document was 270AD, indicating a possible fake.

Despite these setbacks, the self-proclaimed “December Surprise” was upbeat. “You better watch out; I’m coming to town, Washing-town!” said St. Nick at a campaign stop in Des Moines early this morning. “Other candidates promise; I deliver!”