There’s a Government Spy App for That 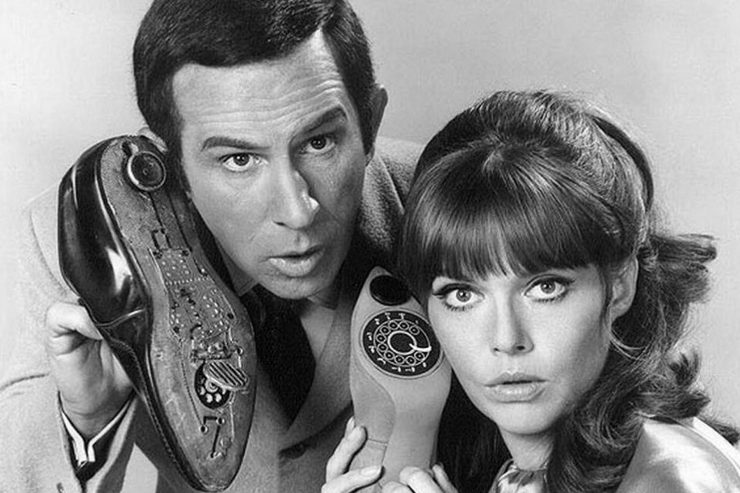 This article was originally published on The Well-Read Man, on June 10, 2013.

It’s been a tough few weeks for the Obama administration, and a tough few weeks for you as well if you’ve ever made a phone call, sent an email, or filed your taxes. Fresh on the heels of reports that the IRS overstepped its authority in investigating certain political groups, news broke last week that the National Security Agency had ordered Verizon to turn over information on every domestic and international call placed through its network. This means that every phone call you made to anyone living in a Verizon coverage area was included in an ongoing investigation, even if you were not part of a suspect Tea Party group.

The NSA-Verizon surveillance order is part of the larger PRISM program, an intelligence system that went online in 2007, with similar efforts going back to the start of anti-terror activities after the September 2011 attacks. News of the program, while shocking, is just one of many uncomfortable disagreements between American citizens and the government that seeks to protect them from harm.

I’m glad that the IRS has standards that determine which groups should receive an exemption from taxation. I’m also heartened to know that there are agencies that take seriously the need to prevent baddies from bringing mayhem and harm to the American populace. But in these two instances, what the government did was indecent.

In light of our constitutional freedoms, it is morally wrong for the IRS to single out groups for added scrutiny simply because they espouse strong opinions on federal fiscal policies. It is ethically offensive for the NSA to collect private data on ordinary citizens without due process or reasonable suspicions of guilt. We know these things are wrong. Raised on a steady diet of First Amendment freedoms and inalienable rights that no government deserves to take away, Americans have been trained to instinctively recognize violations of our liberties. Yet here we are, reading about decisions by American leaders that violate American rights here on American soil.

Some claim that these encroachments on freedom are needed for security reasons. An anonymous senior intelligence officer credited the PRISM program with preventing a 2009 New York City subway bombing, a claim later disputed by court records. So we have a program scouring phone records of everyone in the United States for who knows how long, and the only confirmed benefit is in providing ancillary support in tracking down an already-known terror suspect. I think “overkill” is the word I’m looking for.

Safety is an important consideration in federal actions, but it has to be balanced by freedoms and common sense. We could prevent 3,500 accidental drowning deaths in the United States every year by filling every swimming pool with cement. Even better, we could eliminate the tens of thousands of annual traffic fatalities by locking everyone in their homes. Such actions are naturally repugnant, and we know they are wrong without even having to think about them.

Why do the IRS and NSA violate both the letter and the spirit of the constitution by taking actions that are in clear confrontation to our established freedoms? What pushes elected officials and other bureaucrats to enact morally reprehensible policies that treat every single citizen as a suspected felon? Money. It’s all about money.

Let’s say it was you, instead of an 84-year-old Florida woman, who had won the recent $590 million Powerball lottery. It’s a lot of money, and I bet you’d test out a few reckless activities or investments that you wouldn’t dare try on a standard middle-class salary. It’s the same with government. With access to nearly unlimited funds through taxation and deficit spending, the federal government has the resources to try out things it couldn’t do with more frugal means. And if things go wrong, it simply dips its hand back into that same money pool and tries something else. When there’s virtually no limit on what you can try, it’s pretty easy to toss aside pesky things like moral obligations.

Take a government that has easy access to deep pockets, combine it with a lack of authority figures who will say “no” to questionable decisions, and you have an environment that is ripe for the abuse of power. The American public has both the authority and the obligation to hold leaders accountable for their public actions. If we instead defer all responsibility to leaders with suspect morals and ample ready cash, we shouldn’t be surprised to find ourselves at the wrong end of a monitored phone call.