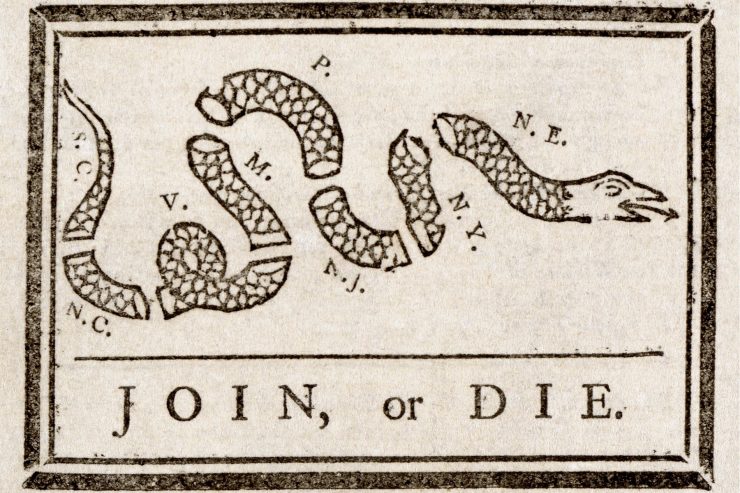 This article was originally published on The Well-Read Man, on July 29, 2013.

The loss of civics in an era of unanimity

Given the option, government tends to increase its authority and power rather than reduce or distribute that same power. This reality is a major reason why the original American states insisted that the Constitution be ratified only with the addition of the Tenth Amendment: “The powers not delegated to the United States by the Constitution, nor prohibited by it to the States, are reserved to the States respectively, or to the people.” This limitation was easier to visualize when each state desired to retain some of its independence from the others. When the states started to merge into one large, unified bloc, that desire for local authority started to slip away.

The federal government does its best to incorporate into itself various “powers not delegated to the United States,” the National Security Agency’s PRISM system among the most recent. The founders knew from their European experience that this coalescence of power was always a risk. What’s surprising today is not that government continues to seek more central power, but that the American populace, from urban centers to the most rural community, has forgotten the key reasons why the states insisted on the Tenth Amendment in the first place, and how their regional diversity played a key role.

The states—the people—used to have more authority in how they ran their jurisdictions. For example, nine of the thirteen original colonies had official religions, and at the time of the Constitution’s implementation in 1789, at least three states—New Hampshire, Massachusetts, and Connecticut—still funneled tax income to approved church organs. Massachusetts was the last state to fully disestablish the church in 1833, although some local governments, especially in Maryland, were still requiring political candidates to submit to religious oaths as late as 1961.

My point isn’t that states should have official religions. Even during the Revolutionary War, the colonies were already starting to shed their religious components, and the Fourteenth Amendment, especially as interpreted in the 1920s via the Incorporation doctrine, finally made that practice little more than an anecdote of American history. But these changes in religious practice are just one example of how state and local jurisdictions used to employ self-governance to distinguish themselves within the national Melting Pot. Nearly two centuries ago, states asserted their sovereign authority to the point of civil war. Today, states are slapped down or ridiculed in the public press for even suggesting that they act in a way that is at variance with the federal standard, and in many areas of legal import, they don’t even bother grappling with the state-federal divide.

Humans and organizations both seem to gravitate naturally toward unanimity. Back in the 1980s and 1990s, Apple promoted the ideas of independence and freethinking through its 1984 and Think Different advertising campaigns. Yet here we are in the twenty-first century, and it’s the iPhone rather than its Android or Windows Phone counterparts that now embodies the concept of uniformity, and Apple actively prevents both its users and partners from straying too far from its standard of what a computing life should be.

In Leviathan, Thomas Hobbes described the process by which the members of a commonwealth voluntarily transferred some of their authority to the sovereign, a personification of either an individual ruler or of a collection of national leaders and government structures. In my earlier review of that work, I summarized both the benefits and the risks of such concentrated authority.

Since the commonwealth—Leviathan—is a creature, it has rights just like man does, although these rights are passed on from those in the commonwealth. These rights culminate in a strong sovereign who acts on behalf of the citizens to define laws, enforce contracts, mediate justice, issue rewards and punishments, and carry out peace and war. Because of the need to enforce the rules of society, the power of the sovereign is absolute; he can do no wrong and he cannot be corrected or arrested. He has the power of life and death over his citizens, although he cannot take away an inalienable right from any citizen.

The American founders understood both the need for and the dangers of this Leviathan, and established limits—including the Tenth Amendment—to restrain this “power of life and death over his citizens.” As a nation, unity is a must, especially when dealing with external threats. But internal variations are equally important. Maintaining this balance is messy, and much of that messiness stemmed from each of the states acting in ways that were different from and even offensive to the others. But there is nothing wrong with getting a little messy. It’s when we try to keep things unified, when we pay lip service to the idea of checks and balances between the federal and state levels, and when we assume that Leviathan acts only in our best interests, that we begin to lose the civic ideals of independence and variety that the individual colonies fought for.