Supply and Demand and Wishing and Hoping 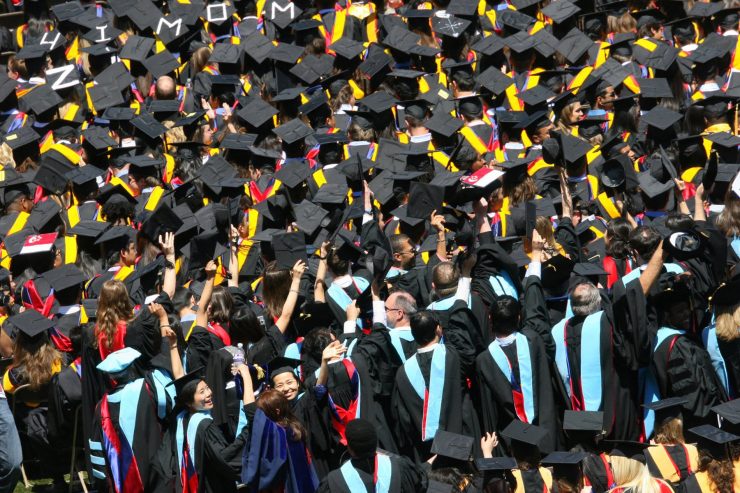 This article was originally published on The Well-Read Man, on February 9, 2015.

Purchasing and maintaining a home has always been a major cost for American families. The “Great American Dream” is a dream precisely because the effort and funds needed to buy a home go beyond the mundane. But in recent years, two new expenses—healthcare costs and college tuition—have risen to Great American Dream levels thanks to politicians who think that wishes and hopes are more dependable than basic economics.

We’re only a month or so into 2015, and President Obama has already taken the prize for the biggest lack of understanding about how prices work. In his State of the Union speech on January 20, the President called for a new federal strategy that would “lower the cost of community college to zero.” His goal is admirable: Increase job prospects for America’s high school graduates by providing more education without the burden of tuition. He even had an example young couple there in the audience, Rebekah and Ben, who were suffering under the heavy weight of student loans. The program, if enacted, would certainly benefit some anecdotal youths like Rebekah and Ben. But it would not “lower the cost of community college.” In fact, it would do the very opposite.

As you might recall from your free enterprise classes back in high school, prices are driven by supply and demand. When the supply of some item increases or demand decreases, the price goes down. Conversely, when an item is scarce or demand increases beyond current supply levels, prices go up. My college political science professor described price increases as “too many dollars chasing too few goods.” Monopolistic practices or a weekend sale can override a default price temporarily, but the overall ebb and flow of prices are still driven by the quantity of a product or service, and the number of buyers who want it.

The President’s plan to make community college free will increase costs because it will increase demand without adjusting supply. His goal, naturally, is to enhance the number of community college students. In economic terms, the goal is to increase the demand for community college courses. If the number of courses and professors rises to meet the demand, the price will remain stable. But without that increase in course supply, the price has nowhere to go but up. It’s true that individual students might not have to pay the fees to cover these price increases, but the price will increase nonetheless, because demand increased. As with any government program, the taxpayers will bear the costs. And not just current costs, but the new increased costs, plus the cost of the bureaucracy to manage the program. Supply-and-demand doubters might wish and hope that the cost of education will go down (to zero) under this program, but it won’t.

This isn’t the first time the President has depended on wishes and hopes. He did the same in pushing Obamacare, the “Affordable” Care Act. In a June 2009 address, President Obama famously stated, “If you like the plan you have, you can keep it. If you like the doctor you have, you can keep your doctor, too. The only changes you’ll see are falling costs as our reforms take hold.” Pundits glommed on to the first half of the quote, but it’s the last sentence that smacks of economic blindness. By expanding the total number of patients who can pay for expensive services using easy insurance dollars, and thereby increasing the demand for such services without at the same time increasing the supply of doctors, hospitals, or other providers, medical costs will go up, no matter how many bureaucrats crunch the numbers. That doesn’t automatically mean that Obamacare is a bad thing, and some Americans might agree with the President that it is a net benefit. But such a vote of confidence does not alter the false statement that the core aspects of Obamacare will reduce costs. (To be fair, some impacts of the ACA legislation might work to reduce demand and therefore costs, such as the move by more Americans to high-deductible HSA-based insurance plans. But these were not the primary intentions of the law, and it’s unlikely they can counteract the overall drive toward higher prices.)

Obama and the Democrats are not alone in wishing and hoping for lower prices in major industries. In 1971, Richard Nixon instituted temporary wage and price controls in an attempt to curb inflation. Freezing the price of, say, chocolate bars might sound like a boon for consumers, since they will not pay any more than current prices for tasty chocolate. But the real impact of such controls is a reduction in the supply of chocolate bars at current prices, resulting in shortages when businesses are unwilling to sell their goods unprofitably at the government-mandated price. These controls, when combined with other protectionist (supply-constricting) policies and the Middle East crisis-of-the-week, resulted in a decade of financial turmoil that, though blamed on President Carter (who certainly didn’t help), was nonetheless caused by an environment of wishing and hoping by presidents and legislators alike. (Nixon reprised his error in 1973 when, in a tortured address to the nation, the former Communist-hunter both extolled the virtues of price controls and condemned them as the “straitjacket” of controlled economies.)

Unfortunately, we didn’t learn our lesson from the Nixon era. President Obama’s tuition announcement proves that politicians at the highest levels are still turning a blind eye to the economic truths of supply and demand. The President hopes that free education will save money and solve America’s employment difficulties, but it won’t. Perhaps even worse, he wishes that the American public would be just as dumbfounded about supply and demand as he is. In this regard, his wish might be coming true.