The Stupidest College Graduates in the World 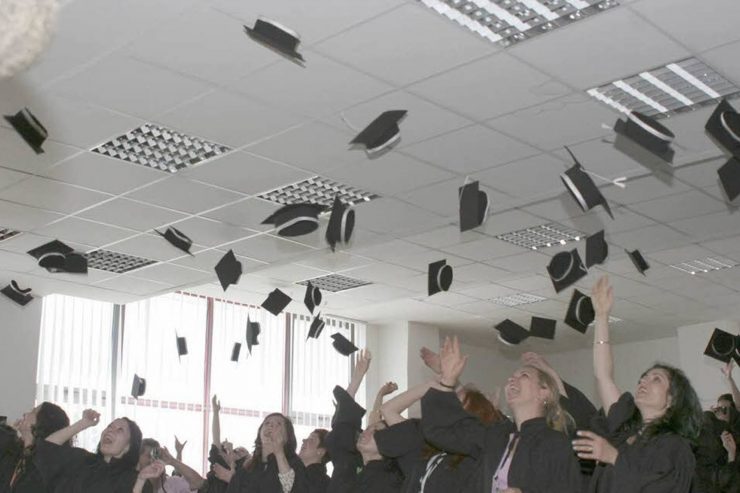 This article was originally published on The Well-Read Man, on May 7, 2014.

Late last week, former Secretary of State Condoleezza Rice announced that she would no longer be the guest speaker at this year’s Rutgers University commencement ceremony. The statement came after 160 Rutgers students, identified as “erratic and irresponsible” by a school administrator, turned the campus into a place where not even a controversial Bush-era government official wanted to be seen.

The protesters, in an open letter to Rutgers President Robert L. Barchi, dredged up a decade-old gripe concerning Ms. Rice’s role in the Iraq War. Specifically, they objected to her approval of waterboarding: “Rice signed off to give the CIA authority to conduct their torture tactics for gathering information from detainees as well.” They also lamented being left out of the speaker selection procedures, accusing school administrators of using an “undemocratic, opaque process” that included a “blatant refusal to pay any heed to what Rutgers University students believe and feel.”

It is sad to discover that these believing, feeling children, despite having twelve years of basic education, and then voluntarily seeking higher education at one of the nation’s top universities, can still know so little. Like all college-aged rebels going back to the 1960s, these youths tell themselves that their generation understands the world in ways never contemplated before their births. In doing so, they call down condemnation on themselves every time their methods lead to a worsening of human suffering.

Despite having a rich selection of humanities courses at their disposal, the essential lessons of history elude the noisemakers. Perhaps their lack is brought about by the pleasing, manicured campus, or by the East coast comfort enjoyed by most families who are able to send their children to such a prominent school. Whatever the source, their rejection of Rice as someone who “justifies torture and debases humanity” is laughable in light of the tumult of history and human nature.

If George W. Bush and Condoleezza Rice are guilty of torture, they are certainly some of the most inept torturers in recent memory. Despite having a military-industrial complex at their disposal, all that the administration managed to do was douse three known terrorists with water. If the demonstrators were really concerned about torture, they might consider carving time out of their busy protesting schedules to decry the regular killing of innocent Muslims by Al Qaeda, or the intentional starvation of tens of thousands of North Korean citizens, or the quarter million or more Iraqis abused and killed by Saddam Hussein. That would be the Saddam Hussein removed from power by “war criminal” Condoleezza Rice.

This miniscule segment of the Rutgers student body—not to mention the faculty members who called their own credentials into question by standing in solidarity with these scholars—also shows no educated understanding of human nature. Sitting in their tranquil classrooms on verdant taxpayer-funded campuses dulls them to the harsh realities that most of the world experiences, not because our nation is an oppressor, but because life is hard, and complex, and filled with wicked rulers who take pleasure in exercising malevolent power over their ill-fed and tortured citizens.

Waterboarding may be a grievous wrong. But if these sit-in protesters can’t differentiate between that act and the massive slaughter that its use sought to destroy, then the university leaders who confer advanced degrees on these uneducated kids are even stupider than their charges.