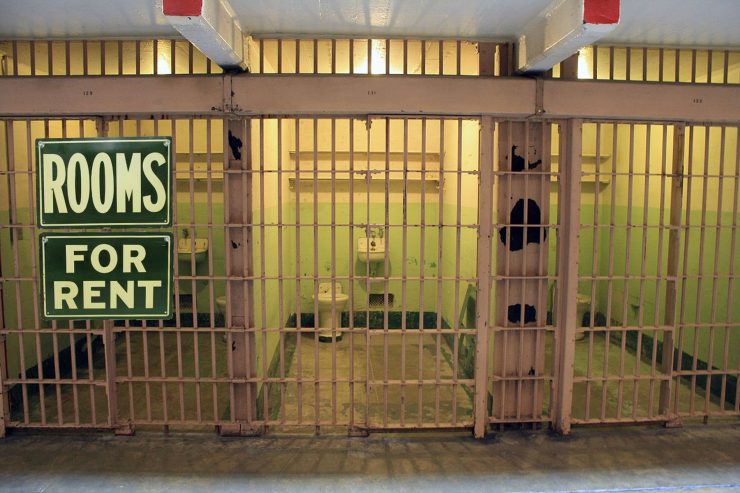 This article was originally published on The Well-Read Man, on June 11, 2014.

Following a recent exchange of five Guantanamo Bay detainees for one American Army soldier held for five years by the Taliban in Afghanistan, the United States has run dangerously low on enemy combatants available for barter purposes. In the years following the terrorist attacks on the World Trade Center, the United States found itself flush with nearly 800 ready prisoners amid a shortage of hostage situations. But the numbers have fallen in recent years. With last month’s transfer, the total now hovers at just 149 human bargaining chips.

Congressional Republicans took advantage of the ominous news to lambast President Obama, calling him out for his “frivolous attacks and spend policy” of dealing with captured insurgents. “We set up the Guantanamo Bay Prisoner Trust Fund for a reason,” said House Majority Leader Eric Cantor. “You can’t just hand out these terrorists five or six at a time. It’s typical left-wing wastefulness.”

The low prison camp numbers come at an especially dangerous time in American international relations. Just days after the release of Taliban prisoner Bowe Burgdahl, North Korea announced that it had arrested an American tourist for unspecified and likely sucky reasons. “We do not negotiate with terrorists,” said departing White House Press Secretary Jay Carney. “But we can negotiate with the Qataris if Kim Jong-un wants go to through them.”

Evil and formerly evil nations like North Korea and Afghanistan may find it hard to trade in their hostages for increasingly valuable Guantanamo Bay ne’er-do-wells. With terrorist supplies at historic lows, the United States may be forced to dip into its National Domestic Prisoner Reserves for the first time since the 1970s. Fortunately, the flagging economy and a spate of high-profile GM vehicle accidents have reduced the need for license plates, “so the prisoners are available for release anytime,” said Secretary of Wardens Bill Westermont.

However, homegrown murderers and white-collar criminals might not be good enough for America’s enemies. The swap of five Taliban prisoners for one American citizen has set a de facto price, and even with an ample supply of American inmates, foreign terror organizations might not want them. Hamid Kahm-Jones, a Taliban mucky muck living on the run in eastern Afghanistan, explained the problem. “We very much appreciate the United States’ attempt to provide homegrown criminals in exchange for our kidnap victims. But let’s face it: American prisoners are soft, with their three square meals per day, their easy access to cable television—including the Food Network—and washing machines. It’s pathetic. Death to America, to Comcast, and to Maytag!”