The Era of Wishful Thinking 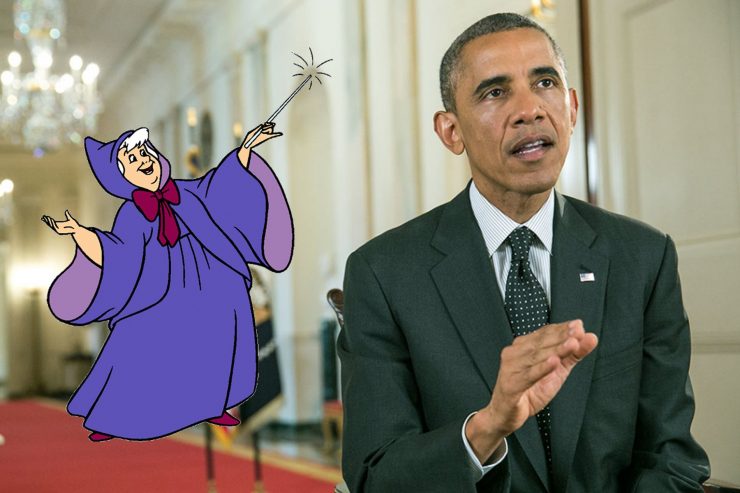 This article was originally published on The Well-Read Man, on August 18, 2014.

Earlier this month, President Obama authorized targeted airstrikes against the terrorist group ISIS in Iraq. While it appeared to be a reversal of his long-term policy of disengagement from that nation, the president made it clear that the operation was limited in scope, and that America was not returning to Iraq. “I ran for this office in part to end our war in Iraq and welcome our troops home, and that’s what we’ve done…. The only lasting solution is reconciliation among Iraqi communities and stronger Iraqi security forces.”

In other words, the President’s plan is to provide the equivalent of an aspirin for a broken leg, hoping for a complete recovery. Minimum input, maximum output. It’s the policy of wishful thinking.

Wishful thinking has become the action of choice for modern American politicians on both sides of the aisle. It’s not hard to understand why: good news is good! Spinning Middle East drama into its best possible outcome sounds better than ordering up fresh military recruits. Liking and keeping your healthcare policy sells better than correcting decades of regulations and laws that act as enablers for high-charging medical firms.

Americans want the happy ending, the tidy solution that resolves all loose ends. They want wishful thinking. And since politicians are people-pleasers, they give the public what it wants. The declaration of the happy goal is paramount; the details on how to get there are downplayed or rejected completely.

Wishful thinking sounds nice, but it ignores reality. Iraq is a mess, and has been since long before its modern form came about in 1916. Thoughtful people can disagree about whether the United States should once again commit its military resources to that region of the world. But we delude ourselves if we think that Iraq will meander safely toward peace while more stable countries watch from afar. It didn’t work in Cambodia in the 1970s; it hasn’t worked in Sudan over the past decade; and it won’t work in Iraq.

Ethnic and denominational relations inside Iraq and with its neighbors have been tense for a long time. Tribal conflicts that include human rights violations crop up regularly, and in the absence of an external diplomatic or military force, there is little reason to expect much change in the near future. As commander-in-chief, President Obama is free to reposition American troops. But there is no military or historical justification for coupling a complete Iraqi withdrawal with assurances that “it will all work out somehow.” It’s not honest or accurate. It’s just wishing.

Politicians engage in wishful thinking whenever they offer rosy promises of simple solutions to complex problems. Americans partake of wishful thinking every time they clamor for a slick candidate who claims to hold to key to social difficulties, or believe that the next presidential election will right all wrongs. There are times when government may need to act (or step back from prior actions) to address some societal difficulty. In general, if these actions are to have a positive impact, they will be expensive, time-consuming, controversial, partly ineffective, and injurious to the private sector or some other national concern. Any politician who tells you otherwise is trying to get reelected.

In many ways, it’s our own fault. The wealth and safety we enjoy as Americans has allowed us to entertain ourselves rather than pursue civic education, to prefer a comfortable peace instead of troublesome truths. We desire sitcom solutions to the ugly problems of life. “We will eliminate poverty in our lifetimes” sounds so much better than the reality that some people will always be poor, no matter how much time and money we throw at the problem. Helping the poor is good; believing the help will succeed in all cases is delusional.

Wishful thinking is ignorance with a happy face. Thomas Jefferson warned against such political illiteracy: “If a nation expects to be ignorant and free in a state of civilization, it expects what never was and never will be.” Every time we allow a politician to lull us into apathy with wishful thinking, we move one step farther from civilization.