American Racism is Basically Over 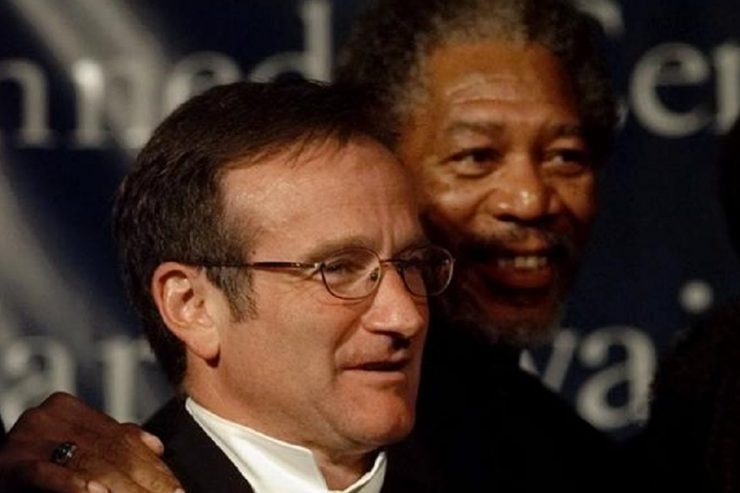 This article was originally published on The Well-Read Man, on September 3, 2014.

A recent article in the The Independent documented racial angst over a tribute to Robin Williams at this year’s Emmy Awards. During Billy Crystal’s public eulogy for the late comedian, a video showed Williams donning a makeshift hijab and blurting out, “I would like to welcome you to Iran—Help me!” The Twittersphere quickly labeled the shtick as racist, but you shouldn’t believe everything you read on the Internet.

Robin Williams’ poke at the situation in Iran might have offended some people, but it wasn’t racist. Iran is obviously not a race; it’s a country, a geopolitical region defined by sovereign states, not by DNA. Its religion is monolithic, but that too is immaterial, since it is the nation’s recent political history, and not its primary creed, that makes Williams’ humor so biting. The transformation of Iran from a somewhat open, liberal society to one where a joke about the status of women resonates with outsiders happened just a few decades ago, and was a political change, not a racial one.

“Racist” has become the go-to explanation for many of America’s current woes. From police shootings in the Midwest to conflicts in the Middle East and every gripe about President Obama’s policies in between, if there’s trouble in the news, there’s bound to be an accusation of racism soon after. It turns out that calling someone a racist is a great way to silence an opponent. But in the United States in the twenty-first century, such accusations are rarely accurate.

Racism in America is basically over. The country used to be a lot more racist, back in the Civil War and Jim Crow days, and even as recently as the wartime fiasco of Japanese internment. But it’s not like that anymore, not even close. Sure, the KKK and neo-Nazi groups still exist today, but we call them “fringe radicals” for a reason. Over the last 150 years, and especially since the Civil Rights Era of the mid-1960s, the United States has steadily distanced itself from its racist past.

That national evolution doesn’t mean that race is no longer an issue. As proved by the police shooting of Michael Brown in Ferguson, Missouri several weeks ago, and by the riots that followed, race and racial sentiments still have an impact. Does the shooting of a black youth by a white officer substantiate a disturbing trend in race relations? The TV footage says “yes,” but the actual numbers related to police shootings say, “not really.” A post-Ferguson New York Times column looked at the conventional wisdom that says “the use of deadly force by police officers unfairly targets blacks. All that is needed are the numbers to prove it. But those numbers do not exist.”

Young black men are arrested and incarcerated at rates quite disproportionate to their overall population. Is that racist? Perhaps in some situations. But crime statistics by race always have titles like “Crimes by race” instead of “Crimes by race, age, sex, region, type of offense, weapon choice, family background, education level, financial situation, work history, music preference, and local political culture.” Such summary numbers always gloss over poverty and education variations, the distribution, frequency, and extenuating circumstances of different types of crimes, cultural differences between urban and rural environments, the variation in mandatory sentencing laws, the recidivism rates for different regions and demographic groups, changes in family makeup over recent decades, and the role of technology, music, and communications as they relate to criminal activities.

In other words, crime is a complicated and messy thing, and race is just one of many components. The temptation to shout “racist” whenever there is conflict between different ethnic groups ignores that messiness. The rush to stick the racist label on newsworthy events reflects America’s modern tendency to reach for simple explanations to complicated problems. Calling someone a racist is easy, and frees the accuser from doing the hard work of ferreting out the complexities of social interactions between the races, and between individual and situational nuances within a nation of over 300 million diverse citizens.

The current President, two Supreme Court justices, and a full fifty percent of all schoolchildren in America are classified as minorities. If the White Man has been trying to keep the other races down, he’s certainly done a lousy job at it. The shooting of Michael Brown in Ferguson is troubling, but not because America is racist. The United States is, instead, one of the most ethnically diverse and non-racist places on earth, and a nation in which crying out for help from behind a veil would be a joke.