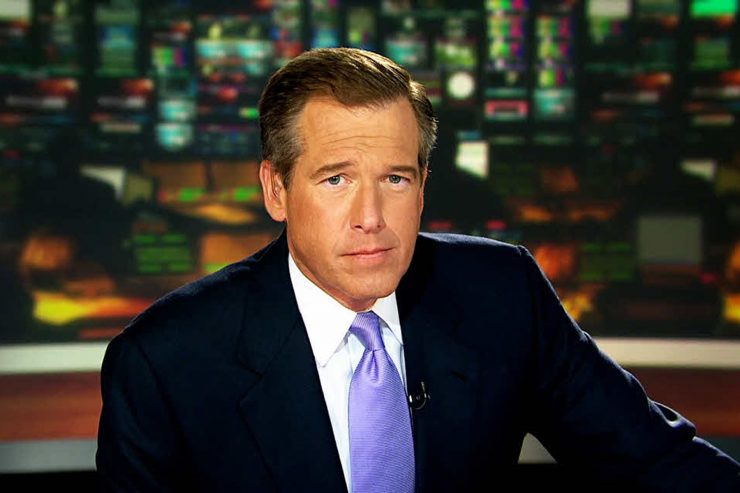 This article was originally published on The Well-Read Man, on February 16, 2015.

Top NBC news anchor Brian Williams lied in public, and now he has to spend the next six months in solitary news confinement. If his lies were an exercise in self-aggrandizement, as seems to be the buzz, then it’s hard to feel sorry for his plight.

Despite his troubles, Mr. Williams’ actions don’t really have much of an impact on how I experience the nightly news. His alleged lies were about his own actions on the sides of news stories. His false claim that Iraqi baddies shot at his helicopter didn’t alter the reality that War Is Hell, or change the fact that good soldiers are shot down with depressing frequency. An inaccurate quip on his arrival at the felling of the Berlin Wall puts him in a bad light, but it has no impact on the victory over tyranny that the Wall’s destruction meant to those behind the Iron Curtain.

Williams’ fibs are bad news for news, but there is a worse trend in modern reporting, one where a reporter’s lies stem not from self-interest, but from a clear break with reality. Consider one report from the 2014 election a few months back. In the online article, “GOP takeover: Republicans surge to Senate control,” AP reporters David Espo and Robert Furlow tried to explain the surprising electoral outcome that saw strong Republican victories across the nation. In a bit of predictable spin, the reporters opined that “a majority of those [voters responding to exit polls] supported several positions associated with Democrats or Obama rather than Republicans—saying immigrants in the country illegally should be able to work, backing U.S. military involvement against Islamic State fighters, and agreeing that climate change is a serious problem.” (Emphasis added.)

I get the parts about climate change and illegal aliens. Democratic officials frequently offer up these two issues as key planks in their legislative agenda. But “backing U.S. military involvement against Islamic State fighters”? That can’t be right. The current Democratic president ran for office in part on his promise to rid Iraq of its pesky American military presence. He has changed his tune a bit with the rise of ISIS. But even in his recent request to Congress concerning his plan for battling ISIS, President Obama went out of his way to state that his formal military request did not represent a return to troops on the ground. Military might in Iraq is not typically associated with the Democratic Party; it’s viewed as a Republican thing, and has been at least since Bush’s infamous “Mission Accomplished” message back in 2003.

The AP entrusted these two reporters with communicating one of the most important news stories of election week, and they blew it. The authors of the article were either woefully ignorant of party views on foreign affairs in this country over the past decade, or willfully deceptive in communicating the state of those same views. In either case, it does much more damage to news reporting than any of Brian Williams’ verbal escapades. Even if the AP story was an innocent mistake, it went unchallenged and uncorrected by that news organization, and their web site still includes the errant content.

The problem is not just with these reporters. It’s with readers who will pass by the statement with nary a thought as to its veracity. The polarization of this age has produced a generation of weak-willed news consumers who demand reporting that confirms their prejudices. Republicans (or Democrats, depending on one’s political bent) are evil, and news stories must confirm that. Obama (or Bush) is a hack and a sell-out, and any story that deviates from that narrative is verboten. There is a modern insistence that all the trouble in the world be personally trouble-free, that reporting not ruffle the feathers of news consumers lest they should have to react and turn the channel or click away from the web site.

And so military action in Iraq becomes a Democratic hallmark, because it jives with the sensibilities of a reporter or an audience who know in their hearts that this president, and only this president, has always had the right response to Islamic aggression. The facts are irrelevant; this is news! This isn’t a case of political disagreement. It’s a situation where disagreement doesn’t exist because a political viewpoint is deemed the only thing that can ever be classified as real. Not just true or right, but real.

Poor Brian Williams. Despite his flaws, he seemed genuinely interested in being the best talking head in the industry. This charge might mean the end of his career, but probably not. In a world that values perceived reality above facts, Williams might be the new poster child for news reporting.