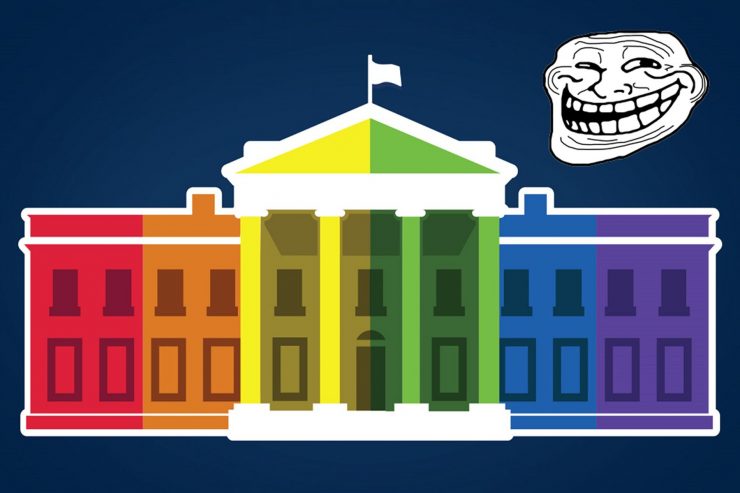 This article was originally published on The Well-Read Man, on July 6, 2015.

The recent Supreme Court decision concerning gay marriage came as a surprise to many on both sides of the debate. I myself had forgotten that such a case was still before the high court. But there it was, a five-four edict that brought with it instant societal change. The decision was a troubling one, not because of what it says about marriage or homosexual rights, but because of what it says about the childish, demanding ways of twenty-first century Americans.

Like most societies, America took the one-man, one-woman thing in marriage for granted. Some cultures are fine with polygamy, but until about fifteen years ago, I had not heard of any state-approved same-sex marriages. Yet even if history is on the side of traditional marriage, institutions, whether rightly or wrongly, do change over time. Interracial unions were frowned upon in the early decades of this nation, but demographics show that they are quickly becoming the standard for husbands and wives. That the definition of marriage would change can be shocking, but not completely unexpected. Women can vote, prohibition has come and gone, and cable TV is giving way to online methods of entertainment. Big changes happen all the time.

Such changes typically come with upheaval and conflict, with at least one side kicking and screaming the entire time. In dealing with the slavery issue, for example, America’s founders understood that the elimination of that peculiar institution would bring with it economic, agricultural, relational, and political transformations, and perhaps even violent, bloody war. George Mason, a member of the 1787 Constitutional Convention and himself a slaveholder, warned of future trauma borne out of the slave trade and the push to eliminate it: “Providence punishes national sins by national calamities.” The association between wholesale change and societal disruption was no surprise to those who had just come through a decisive, even revolutionary, war with England.

But today’s society changers no longer speak of trauma. The current generation suffers from the delusion that massive societal change is by default trouble-free. “Fundamentally transforming the United States of America” is now declared at the highest levels as a right, and one that should not raise a single disagreeing eyebrow. An era of relative peace, financial comfort, and happy endings has dulled us to the reality that life is complex, and change is hard. Instead, when things we don’t like threaten to unnerve us, we impose solutions that maintain inner peace at the expense of reason.

Conflict avoidance stunts the intellect, preventing us from grappling with life’s most difficult challenges. This risk-averse stance is a major reason for the nation’s large financial debt; throwing borrowed money at a problem is less jarring than battling over no-win divisive issues. The Supreme Court’s action on gay marriage took away the need for Americans on either side of the issue to think deeply about the why of marriage equality, or to think at all. The saddest aspect of this is that many Americans find the elimination of intellectual rigor to be an overall benefit.

Those who supported the court’s decision do not believe in the core tenants of representative democracy and its need for an educated electorate. Instead, they support a representative dictatorship, an environment where difficult political and societal concerns always have one, simple, unchanging solution, and that solution is mandated by national leaders. Anyone who doubts the wisdom of a declaration is branded a bigot, or worse, stupid. It’s the reason that the White House was able to express its agreement with the high court decision so comfortably with a lighted neener-neener display of rainbow colors.

Gay marriage is a contentious issue, as it should be. It’s new, untried, challenging, and a little shocking for a large swath of the American public. That doesn’t automatically mean that it’s wrong. But it does mean that its introduction will—and should—come with some level of angst and turmoil. That arguments arise as to its validity should come as no surprise. But arguments are not harmful. Debating worldviews is healthy, and historically American. Fiat declarations that cheat us out of the growth and maturity that comes of conflict are not.