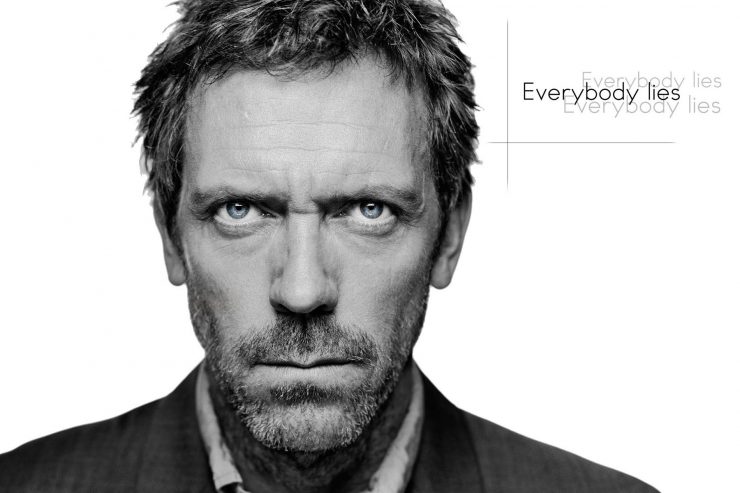 This article was originally published on The Well-Read Man, on May 10, 2016.

We all lie to ourselves. Some of these lies are harmless, almost humorous: “Is dinner ready? I’m starving!“

Other lies carry a little more danger, such as saying to the barista, “Make it a grande. I worked out earlier today.”

Clearly, many of my own personal lies deal with food. But at this level, the consequences are mine to bear, and having a second helping of mashed potatoes doesn’t have that big of an impact on those around me.

But there is one lie we tell ourselves that has severe negative impacts on those around us. This lie is comforting at times, which is why we hold onto it so tightly. Every four years, we let this lie out of our heads and allow it to walk around in public, amidst our politicians, political parties, and fellow citizens.

The lie is that reality doesn’t apply to us.

This lie is a universal one, but Americans are especially prone to believe it. Repeated successes on the world stage have convinced us that things will always work out, no matter how many poor decisions we make, and no matter how many others have failed in the past.

The lie takes many forms, but increasingly it comes neatly packaged under the name of Socialism, or Democratic Socialism, if you prefer. A few years ago, a Gallup poll found that more than a third of Americans held favorable views toward Socialism, and the numbers have certainly risen with so many Feeling the Bern.

The allure is that Socialism is good for incomes, good for equality, and good for America. But it is not good, just as it hasn’t been good for the other nations that have run after it. We believe, against all evidence, that the benefits of Socialism will come to us without any of its problems. We believe that the reality of Socialism’s failings won’t apply to us. But it will apply, because humans are not interchangeable automatons that can be willfully programmed for perfection.

Socialism never results in true equality or satisfying incomes. In fact, it tends to make the divisions between rich and poor starker, and institutionalizes the position of the powerful over the weak. A century of Socialist experiments across Europe and Latin America bear this out. It is not because people aren’t trying hard enough to fix things. It is because there are underlying realities that cannot be changed by brute force: people are not completely equal; life is not always fair; some people take advantage of others, and still others allow it.

Humans are complex bundles of conflicting abilities and desires, and attempts to “socialize” everyone to a specific pattern only tends to exacerbate the differences. Socialism says that, given the right leadership, it can make all things right, correct every wrong, and bring true equality and happiness to all. It’s a lie. A comforting lie, but still a lie.

Socialism is a lie primarily because everyone can never be equal within a human society. Even if you force everyone at gunpoint to behave equally, someone has to hold the gun.

Socialism does not hold a monopoly on the lie that reality doesn’t apply to us. There are plenty of proud Capitalists who believe that, if only the federal government will get out of the way, or if only we build a wall, riches and peace will come to these United States. Capitalism has certainly been good for America, and when configured well, is always preferable to Socialism. But just like Socialism, it is incapable of helping all members of a society because there is an underlying reality concerning the human condition that makes such goals impossible to achieve. It doesn’t mean we shouldn’t try. But we should also be honest about the reality of human interactions.

Americans have attuned themselves to the siren song of utopian fantasies. Politicians prey on our hunger for security and peace, promising us that if we vote them into office, pain will cease, the haughty will be brought low, and life will be fair. The claim that “we will end poverty in our generation” is enticing, but it is a promise that cannot be fulfilled, because it doesn’t accurately reflect reality.

No matter how many times we raise the minimum wage, no matter how many colleges we make free to students, no matter how high we impose taxes on the rich, there will always be people in poverty. It is a miserable, terrible truth. But it is truth nonetheless. It is within the context of this truth that we reach out and help those in need.

Until we come to terms with the truth about human nature, and understand that there will always be trouble among individuals and groups, we will keep voting for politicians who get elected by lying to us. That’s the reality.