The Age of Excess Faith 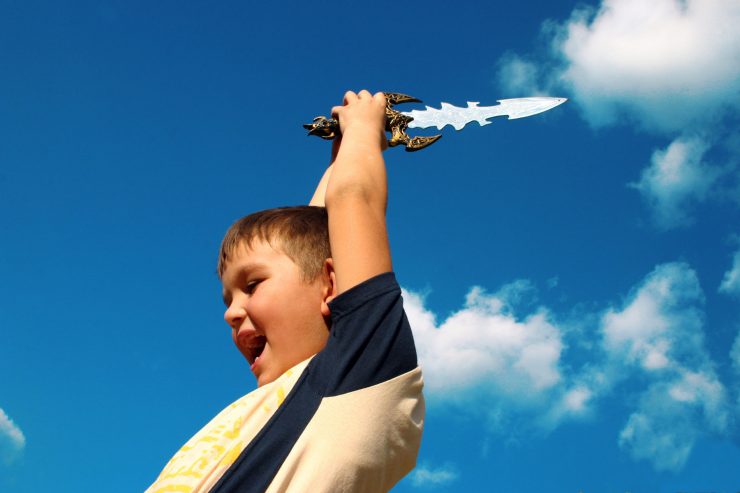 This article was originally published on The Well-Read Man, on June 15, 2016.

I have a friend who claims to be an anarchist. He’s not at all like those anarchists I read about in school or in the news: Emma Goldman, the renowned anarchist who tried to assassinate financier Henry Clay Frick; Ted “Unibomber” Kaczynski, who killed three and severely injured nearly two dozen others; or Leon Czolgosz, who shot and killed President William McKinley. My friend doesn’t seem like the murderous type at all. Instead, he and his modern anarchist pals have dropped the whole assassination and maiming thing, it seems, and instead are carrying out the propaganda of the deed by posting anarchy things on the Internet.

According to my friend, all the trouble in the world stems from government, capitalism, and authority. The United States in particular is apparently little more than a police state, with its officials regularly engaging in the “assault, kidnapping, and murder” of ordinary citizens, and its merchant class scheming to steal your property. He let me know all of this on Facebook, a capitalist-engineered tool running on the military-designed Internet, which he is able to access from his home, purchased or rented thanks to enforceable contracts, likely located on a pleasant paved road built in part with my money.

The anarchist promise is that a world purged of authority and government is preferable to the one we have now. Violence, coercion, and greed are legacies of societal institutions, they claim, and when those authorities fall, individuals will return to a state of nature, one where people are free, independent, and “awake” to governmental lies. In short, anarchists are promising true happiness, peace, and contentment, the same guarantees offered by the very politicians they claim to loathe.

The trouble with modern anarchists is not that they dislike government. Even someone as mainstream as Ronald Reagan stated openly that “government is the problem.” Their main failure is in believing that mankind would enter a more idyllic, tranquil, and just state in the absence of any government or social compact. In my friend’s anarchic posts on social media, there are hints of a time when government will be no more, when individuals, freed from the control of their political slave-masters, will commune with one another, offering happily what they have to others, and sharing in the joy of man’s evolution to a higher plain of awesomeness. The human heart, in such a view, is a tabula rasa that remains pure in the absence of government control.

In other words, modern anarchists are religious fundamentalists. My friend speaks of love and sharing replacing murder and slavery. He believes in true peace, a peace that comes from the human heart, one uncorrupted by the systems of the world. He looks for a future paradise, a joyous time of happy stability when the oppression of this Dark Age is whisked away. And he is always imploring me to “wake up” from my lost condition, fervent in his evangelistic call.

As a religious person myself, I cannot fault anarchists for looking to a better life, or using religious terms to advocate for their cause. But what I found unusual was the ease with which their faith replaced truth and logic in areas where faith was not required. I recall one particular discussion where a few of us pathetic capitalists tried to talk the converted off of the anarchist ledge. We would mention their use of logical fallacies and those Facebook graphic memes that contained inaccurate data or blatantly false statements. The meme that got the entire conversation started was one claiming that police in the United States will use unmarked cars, while police in other countries do not. Such a claim is easily proved false, yet the anarchists would not endure any response that removed even a speck from the American police-state mantra. If anarchy is as essential and correct as they claim it to be, it can certainly handle the admission that a poorly crafted meme might contain errors.

Christians, at least in theory, differentiate between the supernatural and the temporal. Faith is not required for mundane earthly things, but only for those beliefs that fall outside of natural experience: eternal salvation, miracles, the existence of a spiritual realm, and so on. For things in the Bible that are not supernatural—the presence of Roman guards in the Jerusalem of Jesus’ time, as an example—plain old historical research and common sense take the place of faith. Certainly, there are Christians who extend faith into areas where it does not belong, such as when some insist that a quick one-chapter summary of creation by Moses is detailed enough to automatically cancel out scientific research. But in general, faith is for faith-things, reason is for everything else.

But that division is becoming rarer in our modern world. Misplaced faith shows up in our political arguments when excitement over a specific legislative policy overshadows hard data about whether the policy even works. It appears in our schools, when we replace the boring, difficult rigor of study with lessons in self-esteem and then express shock when test scores lag. And perhaps the biggest faith pilgrimage takes place during the two-year run-up to the presidential election, when each candidate’s obviously impossible promises are accepted as gospel truth.

The effulgence of excess faith stems from a core human desire for utopia, a place of respite from the injustice and partisanship of this age. It’s an understandable drive, but one built on the false belief that human beings are easily perfectible, or will voluntarily empty themselves of their own ambitions. Faith is a commendable attribute, but its misapplication to untruths invariably leads to disillusionment, conflict, and anarchy, the bad kind of anarchy.