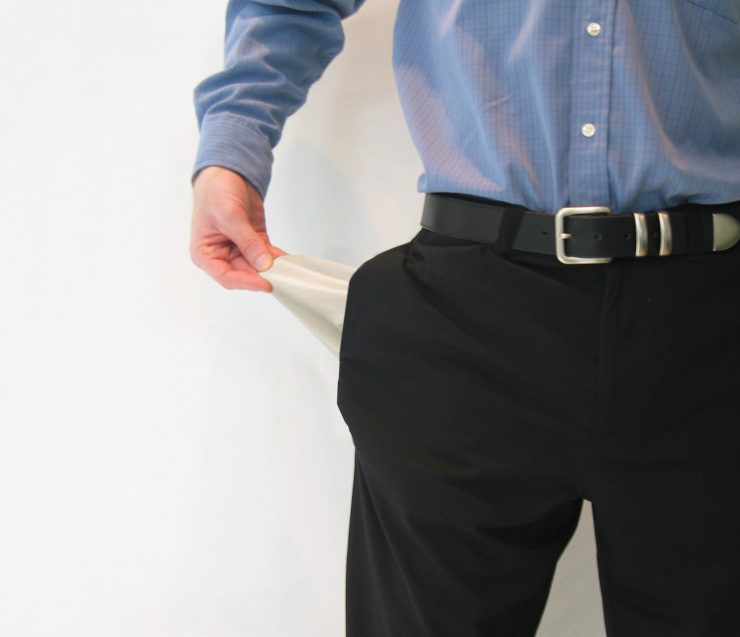 This article was originally published on The Well-Read Man, on September 13, 2016.

During this election season, there have been a surprising number of calls for unfair wages. The demand shows up in candidate speeches and on protester placards. It’s even found in the official platform of the Democratic Party, where they call for a national $15 per hour minimum wage.

That platform document actually calls it a “fair wage for all workers.” But it must be a typo, since the specific demand appears to have nothing to do with fairness at all.

I don’t claim to be an expert in fairness, but if I wanted to pay my employees fairly, I would base the wage on the type of work to be done, and on the skill of the employee doing the work.

For example, if I had a company called Tim’s Brain Surgery Specialists, I would pay my brain surgeons in line with the nature of the work. If I was able to charge my customers, say, $50,000 for routine brain surgery, I would pay the surgeon a portion of that price, after first deducting things like overhead expenses, taxes, pints of blood, anesthesiologist services, and so on. If the surgeon was particularly adept at fixing brains, I might pay a little more. Mediocre surgeons would be paid less. But in general, the pay would be based on the nature of the work, the value of the service, the quality of the employee’s work, and the revenue that work was able to bring to the company. That would be fair.

I would not base the wage on qualities of the employee that had nothing to do with the work. I would not consider, for example, whether the employee owned a car, or a comfortable house, or how many kids he or she had. If I paid one surgeon more because he had three kids, it wouldn’t be fair to the childless surgeon also in my employ.

The same system would apply to Tim’s Coffee Shack. The wage provided to each employee would depend on the skill of that employee in providing beverages to my customers. I might pay some employees more if they were good at making lattes, while those with poor brewing skills would be paid a little less. But in all cases, the wages would be based on the value those employees provided to the company, and the value provided to customers as reflected in the amount each customer was willing to pay for coffee.

Most customers are unwilling to pay as much for a coffee as they are for brain surgery. This might seem unfair, given how good some coffee drinks can be. But because coffee has less value than brain surgery, I would need to pay my baristas less than I do my surgeons. When you take into account the effort needed to become a brain surgeon, especially when compared with the entry-level effort needed to steam milk, it seems fair.

Let’s say that I pay my baristas $11 per hour. If these baristas actually provide $50 per hour in value to my company, it might be unfair that I pay them so little. On the other hand, if they provide only about $8 per hour in value to the company, then it is still unfair, but the person being shortchanged would be me. My goal is to pay my employees as close as possible to the value that they provide to the company, since that would be the fairest. And I would do it without regard to their non-work circumstances, since taking their personal lives into account would be unfair.

And here is where the unfair wages demanded by some politicians come into play. If I determine that my baristas (or my brain surgeons, for that matter) provide $11 per hour in value to my company and my customers, and I pay them accordingly, a demand by the government that I pay them $15 per hour would be inherently unfair, because it would not be based on the value of the work, but on some other external factor attributed to the employee. In the case of the Democratic Party platform, that external factor is the belief that “no one who works full time should have to raise a family in poverty.” It’s a very laudable statement, but as we have already determined, setting a wage based on attributes of an employee that are unrelated to the work is unfair to other employees who do not share that attribute. Even if I pay all of my $11-level employees the mandated $15 per hour, treating them all equally, it sets up an unfair situation for those who actually provide $15 per hour in value to the company.

As an employer, I may voluntarily pay my employees more in order to ensure that they do not “have to raise a family in poverty.” I would probably need to charge customers more to pay for the higher salaries. But I would be deluding myself if I claimed that such a wage increase was due to the value the employee provided to the company, or that it was inherently fair. It might be a great thing to do as an employer, but it is great independent of whether it is fair. Because it has nothing to do with fairness.

Now you might be thinking, “Tim, those are valid points, perhaps even inspired. But what’s not fair is that hard-working Americans can’t afford to put food on the table. We need a safety net. We need compassion.” I get that, although this aspect of fairness has nothing to do with the work value that the employee provides to a business. Instead, the claim is that there is something inherent in the nature of life on planet Earth, or even just in America, that makes hard work for low pay unfair. Given the pluralistic and secular nature of our government and societal structures, and the hard reality of human history, I doubt this could be proven. There is certainly room for compassion, and ample opportunities for such compassion exist without resorting to lies.

Americans absolutely have the legal right to enact a minimum wage for all employees. But achieving that result through deceptive terminology, emotional manipulation, and propaganda is the very definition of unfair.