The President as the Tool of the Congress 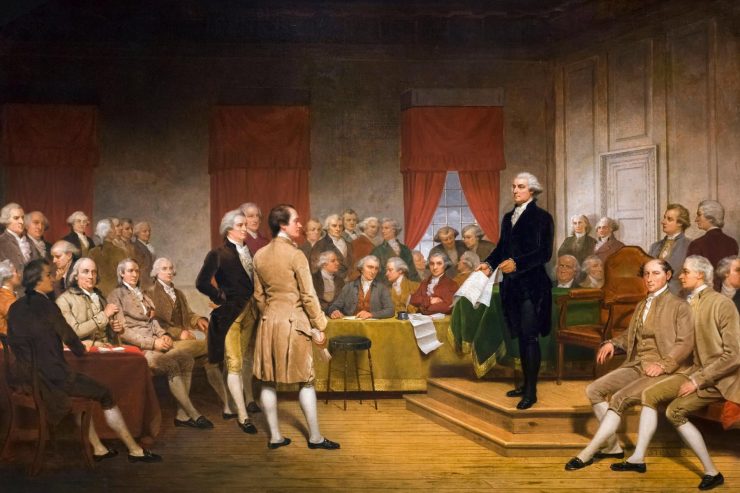 This article was originally published on The Well-Read Man, on October 5, 2016.

Every four years, the nation borders on near-psychosis as it forms battle lines over who will be the next President of the United States. From the nationwide televised debates to yard signs in front of your neighbor’s home, practically every square foot of America is begging you to vote for that one candidate who will, in Messiah-like fashion, save this nation from its tribulations. However, the original vision of the president as proposed by the constitutional framers completely omitted the expressed will of the people.

Our modern Constitution emerged from a convention held by the states in 1787. Article Two of that document describes the Executive Branch, and the method of selecting the President through the Electoral College. But early proposals for that branch included neither the Electoral College, nor a national popular election of any kind. Instead, the president was to be selected by the Congress, with members of both the House and the Senate identifying their choice for the Executive. Under this scenario, the American public, by voting for their own congressional representatives, had only an incidental role to play in selecting the Commander in Chief.

The specific idea of a president selected by members of Congress was brought before the delegates on June 13, 1787, as documented in James Madison’s extensive notes from the convention. His summary of the session on that day includes a proposal for a structure of government that would replace the existing Articles of Confederation with a new multi-branch federal system. Part of that summary describes the Executive, a single person to be selected not by the people, but by the National Legislature—the Congress—and then only for a single seven-year term.

Resolved that a National Executive be instituted to consist of a single person, to be chosen by the Natil. Legislature for the term of seven years, with power to carry into execution the national laws, to appoint to offices in cases not otherwise provided for—to be ineligible a second time, & to be removeable on impeachment and conviction of malpractices or neglect of duty—to receive a fixed stipend by which he may be compensated for the devotion of his time to the public service to be paid out of the national Treasury.

This brief overview of the powers and the duties of the president includes features that found their way into the final document, including the presidential ability to appoint unelected officers, and the risk of impeachment. The executive selection by the legislature did not make the final cut, but its inclusion in this early resolution, alongside other ideas that survived, shows how reasonable they considered the proposal.

The modern cry of populism and an unfulfillable desire for national egalitarian perfection make the very idea of a president selected by a thoroughly disliked congressional body seem ludicrous. Americans today identify with their presidential candidate, that it is “their president.” By the framers did not see it this way. Instead, they expected that the part of the government most closely aligned with the will of the public would be the House of Representatives. We no longer place our hopes in that body, but instead devolve our expectations on the Office of the President, an office that was never designed to accomplish the things we expect it to do today.