Blame the Electoral College Yet Again 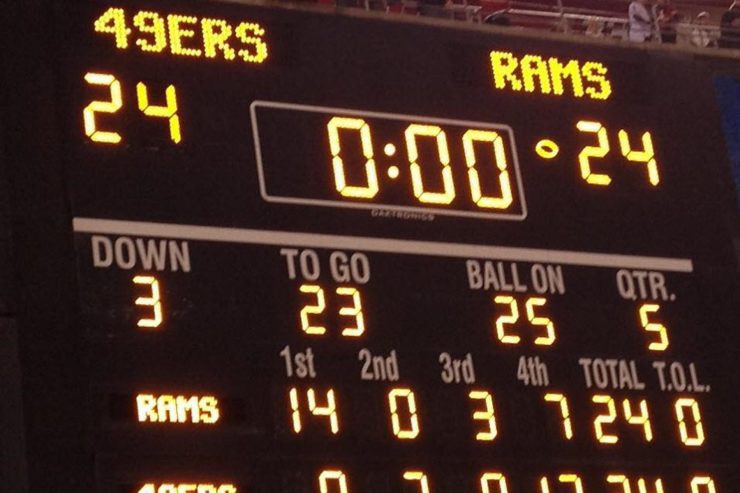 This article was originally published on The Well-Read Man, on November 7, 2016.

Ignoring the popular vote since 1788

With just one day remaining in the 2016 Election Season from Hell, anticipatory angst over which candidate will win the presidency is leading many, yet again, to demand that the Electoral College disappear. As you might recall from the bitterness that has erupted every quadrennial since the 1990s, American voters choose a president only indirectly, through the votes of the Electoral College. Small variations in the popular vote can generate wide Electoral College spreads, and in some cases, the winner of the popular vote has still lost the Oval Office.

Faithless electors have appeared in the past, but they have never made a difference, because a large enough point spread in the final Electoral College count made the modification of a single vote meaningless. But with the Clinton-Trump race tightening up, it could have an impact this time around.

As I write this post on the Saturday before the election, the latest Real Clear Politics “No Toss Ups” electoral map shows Clinton winning, 297 electoral votes to Trump’s 241. If 27 votes were to swing away from Clinton and toward Trump, that would still leave her victorious, 270 votes to 268. This could happen if both Pennsylvania (a possibility) and Oregon (fairly unlikely) made the switch, as shown in the updated map below.

If Mr. Satiacum switched his vote from Hillary to Trump, that would lead to an electoral tie, with each candidate earning 269 votes. (Satiacum has actually suggested that Mickey Mouse would receive his vote, not Trump, but let’s maintain the fantasy a little longer.) In the event of a tie, the decision would be left in the hands of the House of Representatives, where each state delegation gets a single vote. When you group representatives by state, Republicans control between 33 and 36 of the 50 available votes, although the exact number might change a little before such a vote occurred in January.

A Trump presidency would be the likely outcome in this scenario. And if the bitterness that arose from the Bush-Gore election is any indication, calls for the end of the Electoral College (and the end of a Donald Trump administration) would be deafening. Of course, it wouldn’t be the fault of the entire college of electors, just of the sole disruptor from Washington. But with his penalty limited to a $1,000 civil fine, he might be willing to swing the election, assuming that his dislike for Hillary is sufficient.

This wouldn’t be the first time that the Electoral College threatened to mess up the election. In 1800, with Thomas Jefferson pitted against the incumbent John Adams, a quirk in how the Electoral College worked at that time resulted in a tie between Jefferson and Aaron Burr. It took the House a full thirty-six separate votes, and a change of heart from Alexander Hamilton, to break the tie and put Jefferson into the Oval Office.

Despite the frustrations of that early election, the Founders chose to adjust the Electoral College (via the Twelfth Amendment) rather than to abolish it completely, because it offered a semblance of balance between “strong” and “weak” states. Under a popular-vote system, large urban populations in cities like Philadelphia and New York tend to overwhelm less populace states, making votes from those “weak” states somewhat irrelevant. The College enhances the role of the smaller states, and because we are a United States, and not a United Citizens of the Various States, such a buttressing of those states made sense.

Thanks to increased urbanization, and a reduction in the rural population, this strong-weak state divide is even more pronounced today. With the passage of the Fourteenth Amendment in 1868, and >>>>as interpreted through Bolling v. Sharpe in 1954, Americans today tend to view the United States as a single entity, instead of as fifty closely knit states. And yet the states still exist today, as do the foundational reasons for their existence. Until such a time as the citizens of this country see fit to eliminate state distinctions through a constitutional amendment procedure, the need to balance the relative strengths of the states through the Electoral College will continue to be important.