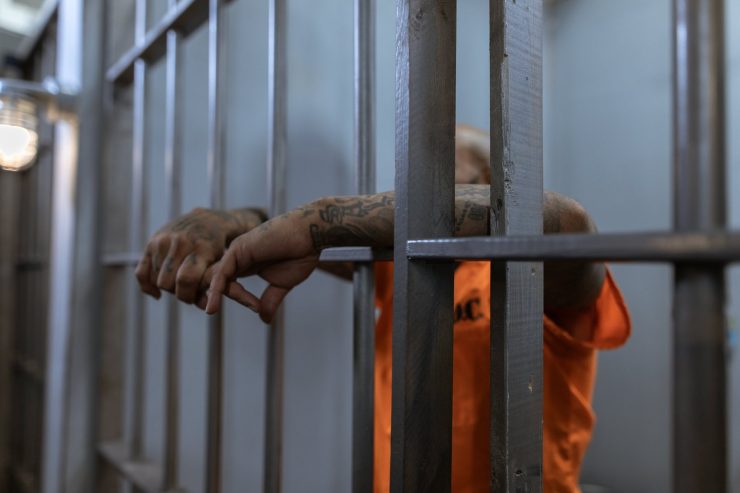 This article was originally published on The Well-Read Man, on November 21, 2016.

Ruining lives, one race-baiting claim at a time

If the post-election hubbub has taught us anything, it is that making accusations about someone’s racial views, even if unfounded, has a devastating impact. If you are like me, your Facebook feed over the past two weeks has included a sewer line of posts on how heartless, how bigoted, and ultimately how evil Trump voters are. In almost every case, such accusations are built upon nothing but lies, guilt by association, and innuendo.

According to recent numbers, around 61.2 million voters opted for Donald Trump, voters whom we are assured are among the most racist, backward, and vile people on the face of the planet. America as a whole has about 231.5 million eligible voters, which means that one out of four grown-ups in the United States voted for Trump, a number that includes twenty percent of Asian and Hispanic voters, and nearly a tenth of black voters. A quarter of your neighbors, your coworkers, and those you encounter in your everyday business dealings voted for him.  Since around ninety million people didn’t bother to vote, you could perhaps extrapolate the percentage up to forty percent of Americans who are supposed bigots. And yet, you would be hard-pressed to identify even one percent of your acquaintances who exude even the tiniest hint of actual racist inclination.

The falsehoods surrounding the assumed hatred by Trump voters has certainly ruined a lot of personal relationships. But the harm that these kinds of lies bring to the African American community is worse. Consider, as an example, the claim that incarceration rates for African American men are out of proportion to the overall black population in America, primarily due to blatant racism. According to a report released earlier this year by The Sentencing Project, African Americans are incarcerated at 5.1 times the rate of whites. The report’s conclusions listed racial bias and structural factors that work against blacks as some of the key reasons for the high rates of imprisonment.

If you think only about the raw numbers, it is true that African Americans, especially young men, are sent to prison at much higher rates than you would expect just from the demographic makeup of the nation. Blacks—both African Americans and those newly arrived from non-African nations—comprise just over twelve percent of the US population. But according to the Federal Bureau of Prisons, that group accounts for 37.8 percent of all inmates. That’s triple the national breakdown, and it’s only natural to think that racism must be the key factor in the disparity. But that’s not the case, something that we know from the dearth of incarcerated women.

At 50.9 percent of the population, females are the majority gender the United States. And yet, only 6.7 percent of prisoners are women. Despite this divergence, nobody is marching in the streets demanding that the criminal justice system end its vile sexist practices, or that the majority female population finally come to terms with its abusive prejudice.

We take it for granted that prisons will be filled mostly with men. This is not because we are all closet misandrists. It is because men commit crimes at higher rates than do women. Males are more likely than women to commit crimes of all types, especially violent crimes. Young men are particularly adept at engaging in criminal behavior, and the presence of such youth behind bars comes as a shock to nobody.

Perhaps we could adjust our criminal justice system so that the rate of male prisoners was more in line with the overall population. But that would be a moral wrong because the rate of inmates is supposed to be a reflection of the population that commits crimes, not of the general population. If men commit ninety percent of all crimes, then the prison population should reflect that, even though men comprise only about half of the overall US population.

In the same way, if 38.7 percent of all crimes in America are committed by African Americans, then a prison population that was 38.7 percent black would accurately reflect the nature of criminal behavior in the country. This would be the case even if blacks were only two percent of the country, or ninety-two percent. The racial makeup of the nation as a whole is not immediately relevant to calculations of prison populations.

To determine if blacks are properly represented in prisons, it is necessary to determine the percent of crimes that that particular racial group commits. Such numbers are hard to come by, as they would naturally exclude those who had not yet been apprehended, arrested, or convicted, and might be skewed by the incorrect perceptions of victims. The Bureau of Justice Statistics attempts to track such numbers through interviews with victims, but the most recent data they make available are from 2006. In that report, (“Percent distribution of multiple-offender victimizations, by type of crime and perceived race of offenders,” see Table 46), which is limited to violent crimes, victims indicated that the perceived offender was black thirty-three percent of the time. While that number is still somewhat different from the overall inmate rate, it is a lot closer than the twelve-percent national African American population.

Of course, if blacks are committing a disproportionate number of America’s crimes, it is important to ask why that is the case. It is certainly possible that racism plays a role in guiding these minorities into a life of crime, or in ensuring that they receive convictions. And that nearly six-percent gap between the rate of perceived offenders (33%) and actual prisoners (38.7%) is troubling. But by highlighting the disparity between prison populations and the overall population, and insisting that it is almost entirely the result of white racism, advocates of minority rights have done little to alleviate the suffering of minority communities. Instead, their biggest impacts seem to be the fanning of race-based flames between whites and communities of color, and the scoring of points against their political opponents.

Crying “racist” every time anything happens that involves a minority is a great way to embitter the majority population, but it does nothing to identify or resolve the true causes of race-based disparities. Despite all of the accusations against whites, blacks continue to be the largest group proportionally of victims of crimes committed by African American perpetrators. Issuing blanket condemnations of white privilege might make accusers feel good about their moral positions, but the only thing it provides to affected minority communities is a sense of rage, and rage is a useless skill when it comes to finding a job, raising a family, or solving societal problems.

America has had its share of racial disappointments, both at its founding, and more recently through acts such as Japanese Internment during World War II. The residue from that history is real. But it is possible to discuss and address that residue without resorting to statistical distortions and lies. Until we are willing to discuss our societal problems honestly, people will continue to get hurt, especially those in marginalized communities.