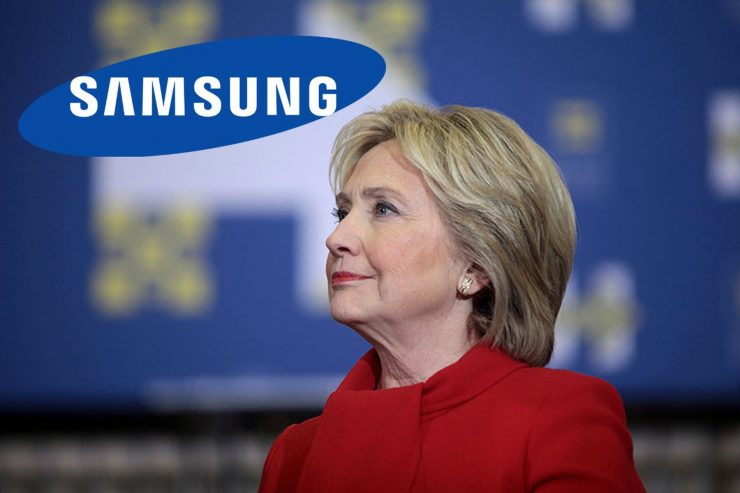 This article was originally published on The Well-Read Man, on November 9, 2016.

The demise of a popular political component

Still reeling from the literal explosion of its Galaxy Note 7 cell phone series, Samsung issued an immediate recall early Wednesday morning for its “Hillary” leadership product. Samsung Electronics America president and CEO Yangkyu Kim said in a statement that the sudden recall was primarily due to the product’s “failure to catch fire.”

The Hillary, available only in the US market—though some claimed it could be obtained overseas for a substantial markup—was the first female device of its kind to reach nationwide coverage. The Korean device manufacturer made the “woman” feature a cornerstone of its marketing campaign. “American consumers have been clamoring for a leadership device just like this,” said John Podesta, marketing manager for the product line. In an ironic twist that heralded the end of the Hillary, Podesta’s own internal memos were leaked in recent weeks, leading some to suspect that the downfall was orchestrated by Samsung’s rivals. Or Russians.

One of those rivals, Trump Industries, expects to dominate the market for the several years thanks to the removal of the Hillary. Its titular “Donald Trump” product, universally panned by critics, was nonetheless thrust into prominence in part due to rumors of Hillary’s failures. “This is a great day, not only for Trump, but for all of America,” said Donald Trump, head of Trump Industries and designer of the Donald Trump.

The cancellation of the Hillary brings to a momentary halt the bitter device war that had monopolized US media, and the interest of the entire world, for the past two years. But some commentators believe it is only the beginning of renewed infighting within the industry. Angry protests cropped up quickly after Samsung’s announcement, including among UCLA students in southern California. Screams of “Not My Device” could be heard from the crowds, who expressed repeated anger over perceived flaws in the Trump product. “Who wants such a huge device in their pocket?” quipped freshman Chanterelle Rivera.

The Democratic National Committee, the political arm of Samsung’s US operations, said it was not giving up. “This is a time when we must carefully examine the problems that brought us to this point,” said interim committee chairperson Donna Brazile. “Or we could just destroy the Donald Trump. That’s probably easier.”