The Right Way to Create Jobs in America 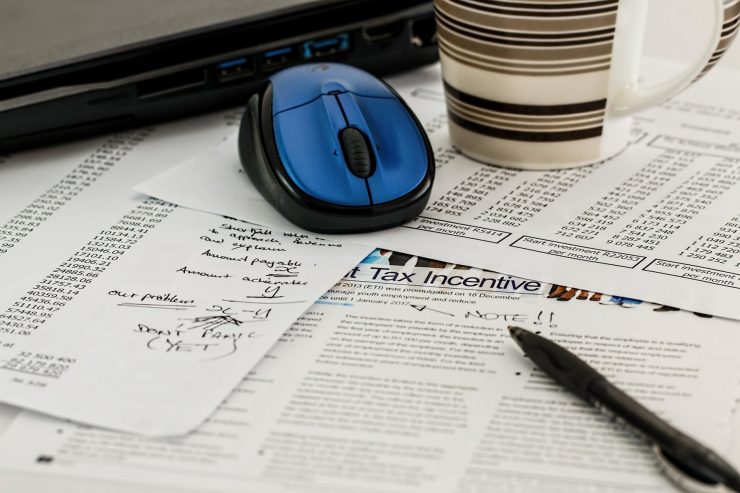 This article was originally published on The Well-Read Man, on December 13, 2016.

You’ve been doing it wrong

Presidents do not create jobs. Well, that’s not completely true. Presidents can create taxpayer-supported government positions. Some of these jobs may be necessary, but they don’t grow the economy. Congress can’t make good jobs, either. And of course, the Supreme Court only has one current job opening.

People wring their hands over what a president might do to society, but according to a Pew Research poll from earlier this year, 84% of voters care primarily about the economy. With the official unemployment rate sitting just below five percent—a level traditionally recognized as “full employment”—there should be ample reason to celebrate. Yet everyone knows instinctively that there’s something wrong with American jobs.

Jobs come from businesses, not the government. But there are actions that the president and the Congress can take that encourage job growth. Over the last few weeks, president-elect Trump announced two such actions, one of which is exactly what is needed to bring jobs, and one that embodies the same, failed policies that got us into this economic mess in the first place.

Let’s start with the bad. On December 1, Donald Trump announced a deal with air conditioner manufacturer Carrier Corporation. As part of the agreement to retain between 800 and 1,400 jobs in the Indianapolis area, the state of Indiana, with encouragement from Trump and his VP Mike Pence, agreed to extend $7 million in tax breaks to the company. Usually, reduced taxes on business is a good thing. Part of the reason that manufacturers have left the United States over the last several decades has to do with our internationally high tax rate on business income, the third highest in the world. Providing across-the-board tax relief to businesses would free up more money for salaries and the type of new business development that leads to more jobs. But offering a tax discount to one specific company is corporate welfare, and useless to the economy as a whole.

Republicans cried foul when President Obama tried the same tactic to advance “green jobs,” including federal loan guarantees that the Department of Energy granted to the now-failed energy company Solyndra. But when an incoming Republican administration announces public incentives for a private corporation, it’s hailed as a victory for hard-working Americans.

It’s not. Carrier was already operating under state-provided tax incentives. As part of their announced move to Mexico, the company planned to repay $1.2 million in past tax breaks, plus $380,000 in state grants. Despite such taxpayer support, Carrier still found that the cost of doing business in America warranted a move across the border.

It’s that last concern that leads to the good thing that Trump did. Less than a week after the Carrier announcement, Trump met with Masayoshi Son, the head of Japan’s SoftBank and majority owner of telecom giant Sprint. According to the Wall Street Journal, Son “had wanted to invest in the U.S. but the regulatory climate was too harsh, so he invested outside the U.S. instead.” His perspective changed after meeting the president-elect, a tête-à-tête that generated a pledge to invest $50 billion in U.S. businesses, leading to at least 50,000 new jobs.

It wasn’t Trump’s promise to shower Son with one-time tax breaks that cemented the deal, and it certainly wasn’t the president-elect’s warmth and charm. Instead, it was his promise to cut corporate taxes in the United States, and to reduce the regulatory burdens that both domestic and overseas companies must deal with when setting up shop here in the States.

Mr. Son expected government regulatory policies would change under a Trump administration. He said that a President Trump “would do a lot of deregulation. I said, ‘this is great.’ The U.S. will become great again.” The push toward lower taxes and deregulation has been a recurring theme in Donald Trump’s campaign. At the earlier Carrier event, Trump said, “We’re going to lower our business tax from 35 percent, hopefully down to 15 percent…. The other thing we’re doing is regulations. [Great] leaders of industry, and even the small business-people who are just being crushed, if they have their choice between lower taxes and a major, massive cutting of regulations, they would take the regulations.”

In this, Trump is doing it right. Businesses create jobs, at least if they have the money to pay people. When you weigh down a business with excessive taxes and hundreds of regulations that offer little help to the common worker, it should come as no surprise that companies would seek a better environment. Regulations suck away money normally used to pay workers, or reserved for business opportunities that would, in turn, generate more jobs. Especially burdensome are labor-related regulations, and if a company has to choose between regulations that seek to destroy it, or technological efficiencies that replace workers but allow for ongoing profitability, of course they are going to choose the latter.

Consider the new Amazon Go experiment, a convenience store that replaces cashiers with radio waves and cameras. While there is a certain wow factor in applying cool technology to traditional business environments, it’s no coincidence that the proposed store also greatly reduces the costs associated with labor. In an environment where investments in labor-replacing technologies didn’t outweigh the regulatory costs of employees, companies like Amazon wouldn’t be so quick to abandon the customer-service advantages of hiring real human beings.

The opening years of the twenty-first century have been filled with misguided attempts to right the supposed wrongs of business by imposing regulations and taxes that at times were well well-meaning, but that ultimately cost jobs. By reinvigorating an atmosphere that encourages companies to hire and use their profits to expand and develop, and by eliminating useless rules that encourage corporations to consider off-shore alternatives, we may finally make that sub-five-percent unemployment rate a real reason to celebrate.