The Mediocre Right to Healthcare 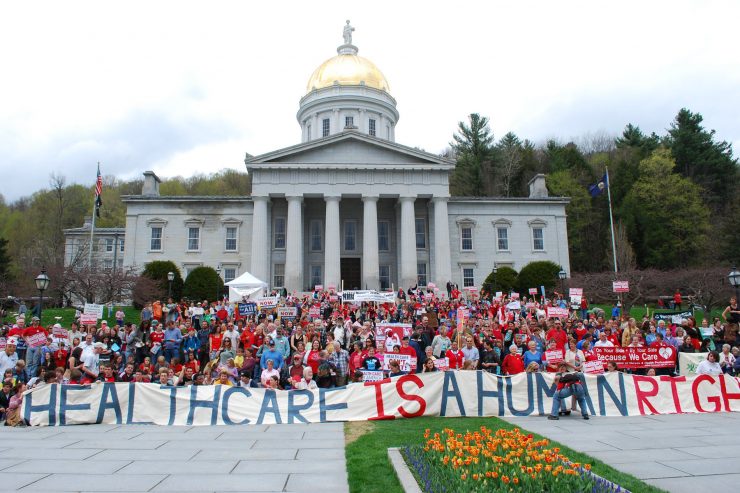 This article was originally published on The Well-Read Man, on January 3, 2017.

Donald Trump is no fan of Obamacare. As stated on his official web site, “On day one of the Trump Administration, we will ask Congress to immediately deliver a full repeal of Obamacare.” While the GOP may salivate over killing the favorite policy of the Obama administration, not everyone is celebrating. President Obama, for one, recommends keeping the Affordable Care Act intact, stressing that “no American should have to go without the healthcare they need.” Other supporters of the law go even further, calling the access to such healthcare programs a “right.”

As Americans, we take our rights seriously, especially since some of those “unalienable rights” were listed as justifications for our initial break with Britain. But is it appropriate to include healthcare among those rights? To answer that, we first need to understand what these rights are.

Life, liberty, and the pursuit of happiness—the three rights listed in the Declaration of Independence—are among the “natural rights” that have been endowed to us “by our Creator.” Philosophers consider such rights to be “negative,” in that others may not “negate” or remove them without due process. In this understanding, the right to life is not the right to live a healthy life, but rather the right not to have your life taken away by another, or by the government. You have a claim on your life and liberty, a claim that the government cannot simply take away just because it wants to. Within a society, there are agreed-upon processes by which a right can be taken away from an individual. For example, a felon may have the right to liberty removed for a time as a consequence of committing a crime. But if there is no legitimate reason for negating a right, citizens may invoke their claim, as the colonists did through the Revolutionary War.

In addition to these negative rights, philosophers also recognize “positive” rights, those that require some specific positive action on the part of another to make possible. A society may include or exclude such “legal rights” by custom or by law, but they are not the same as natural rights, since we are not endowed with them simply by being human. When people speak of healthcare as a right, they are listing it among the positive rights.

If a positive right is considered a guarantee by society, then, in the event that no one voluntarily offers to fulfill your demand for healthcare, someone must be compelled, by force if necessary, to provide that healthcare. A society may decide that such things are reasonable and important, but it does not make that thing (healthcare) a natural right just because society says so.

Consider babysitting instead of healthcare. Let’s say that you have an important evening meeting and require babysitting services. If the only babysitter in the neighborhood refuses to take care of your kids that night, what do you do? In a society where babysitting is declared to be a right, you can compel your neighbor to care for your kids, because you have a right to do so that can be invoked, even at the expense of the natural rights of others.

Traditionally, a legal right should not trump the right to freedom, but that is the problem with legal rights. If a society deems them that important, they can trample natural rights, although they shouldn’t. These days, we’ve expanded the list of legal rights to cover virtually every aspect of our daily lives: healthcare, basic housing, a “living wage,” retirement benefits like Social Security, and internet access.

Many of these positive rights are nice things to have, but each of them comes with significant costs, especially in the loss of natural rights like liberty, due process, and self-determination. A society may decide that valuing positive rights over negative rights is worth the cost. But its citizens should not be surprised when they eventually lose both kinds.