The United States of Anger 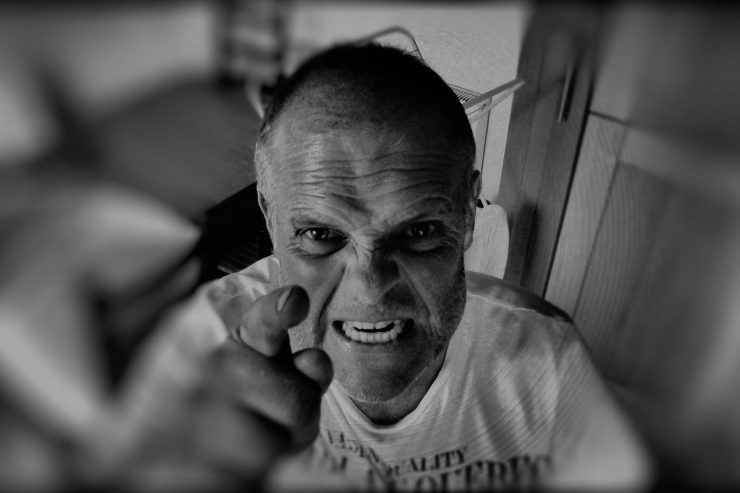 This article was originally published on The Well-Read Man, on January 31, 2017.

Trying to understand the emotions

They say that time heals all wounds. This seems to be especially true when the original trauma is experienced second-hand. Consider the terrorist attacks on the United States back in September 2001. Like the Kennedy assassination nearly four decades earlier, most adults recall where they were when the Twin Towers fell. I walked around in a daze for at least a week, and my employer at the time was very understanding when workers would need to disappear for a few hours to attend some prayer vigil or remembrance.

It has been more than fifteen years since 9/11, and while my intellectual disgust at the vile act remains, the emotions are largely gone. That is a good thing, because if I had continued to feel as I did that first week, I would be completely useless as a productive member of society. I have a friend whose brother perished in the World Trade Center attack. His continued anger is understandable. But for those like me who experienced the event primarily through television, it comes as no surprise that the feelings have dissipated.

It is for this reason that I have trouble understanding the emotions surrounding the recent Women’s March. In my earlier article on that nationwide gathering, I expressed surprise over the event’s lack of stated purpose. Boy was I wrong. If the comments on the article and on Facebook were any indication, the marchers did have a purpose, one of venting anger against Donald Trump. The key frustration revolved around a specific incident, Trump’s recorded quip about his ability, as a famous celebrity, to kiss or grab women anytime he wanted. One commenter whose daughter marched said that she was “protesting a president who has admitted that he was free to sexually assault women because of his power…. There was much solidarity in that position.”

There certainly is much solidarity in that position, and it has endured for the four months since the recording first came to light. Unlike the feelings surrounding 9/11, which have relaxed as the nation has attempted to confront the key issues, the anger over Trump’s 2005 comments has grown. It is especially surprising, given that everyone (except for the unidentified women he may have been referring to, and the thirteen women who have stated publicly that Trump made inappropriate advances) experienced the moment second-hand, through an audio transcript more than a decade removed from the actual event. (Even more surprising is the lack of anger against Access Hollywood host Billy Bush, the interviewer in the tape, who is himself heard ogling women, goading Trump into upping the womanizing rhetoric, and proposing that the married Trump go on a date with another female interviewee.)

Anger can be a useful motivator. Take the recent executive order banning refugees and certain visa holders from specific Middle East countries. While most people understand that a certain amount of due diligence is reasonable when dealing with a terror-prone area of the world, the deportation of incoming Green Card holders, who have already gone through “extreme vetting,” was clearly unwarranted. People are angry. And that anger pushed some of them to take appropriate action, bringing the case before judges who had the authority to address the issue. The purpose of the anger, in this case, was directed toward correcting the injustice.

But that is not what happened with the anger that spawned the Women’s March. Instead, a random conversation between a celebrity and a celebrity reporter became a lightning rod for every modern political hatred. If you listen to the keynote speeches for the event, you will hear references to every form of injustice, as well as the firm belief that America (or at least the part of it where white men live) is the incarnation of those injustices. Far from being a rebuke of Donald Trump for one wayward conversation, the event became an opportunity to yell at everyone for everything.

We have always known that rock stars, celebrities, and power politicians engage in immoral behavior. In this post-free-love world of The Bachelor and Fifty Shades of Grey, it is amazing that anyone is still bothered by things like this. The anger at Trump seems unreasonable given that his actions in that tape have virtually no impact on the lives of the protesters. But perhaps there is an impact. Not from Donald Trump directly, but vicariously through him. Whether they were locker room banter or the spontaneous confessions of a serial philanderer, Trump’s words may have reminded the protesters of someone else, someone closer who had treated them, or their friends, or their family members in a similarly destructive manner.

As with my friend whose brother died on 9/11, anger from a personal affront is understandable, and the effects from such trauma can be long-lasting. If this is the source of the protesters’ anger, then I hope that venting their frustration through the person of Donald Trump may ease their pain and reduce their anger. Otherwise, if they refuse to either let go of the anger or direct it for a productive purpose, we are all in for a very painful four years.