The Wrong Way to Identify Tyranny 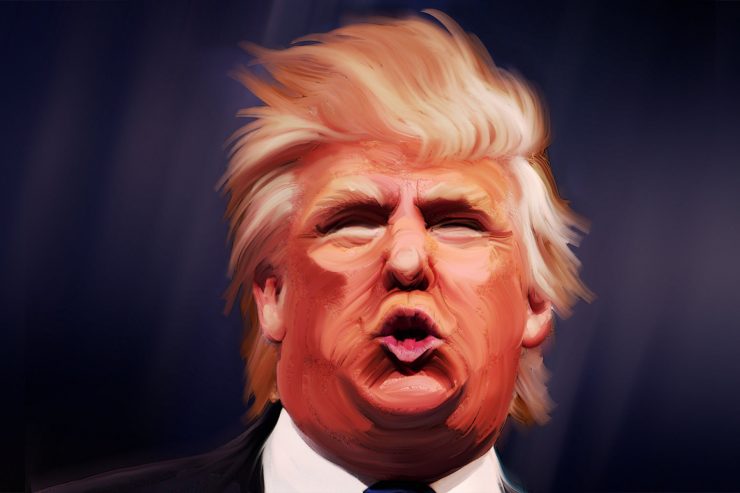 This article was originally published on The Well-Read Man, on January 17, 2017.

In a recent article on “The 15 Warning Signs of Impending Tyranny“, Robert Reich, former U.S. Secretary of Labor under President Bill Clinton, documented the key identifiers of tyrants who are about to assume power and ruin your life. The list includes the assassination of current government officials, death threats against businesses and individuals who express opposition, and a plan to impose martial law on the nation’s citizens.

No, of course it didn’t mention those actual tyrannical things. Instead, Secretary Reich wrote down a bunch of gripes he had with The Donald, put the word “Tyranny” at the top, and pretended that it was a heaven-sent prophecy of a Trump-imposed dictatorship. Far from a true historical analysis of tyranny, Reich bases his list on false ideas, innuendo, and a complete dependence on applying the most tortured, unlikely interpretations to Donald Trump’s words and ideas.

Certainly, some of Trump’s public pronouncements are fodder for those who fear tyranny. His New Year’s Eve tweet, “to my many enemies and those who have fought me,” exemplified the bitterness, anger, and self-focus that laced his 2016 campaign. Reich connects this statement to his core theme, claiming that tyrants “call anyone who opposes them ‘enemies.'” Likewise, he identifies Trump’s practice of schoolyard name-calling as another key indicator, warning that the president-elect’s use of “deceitful” and “scum” to label journalists is an obvious sign of an impending fascist state.

Sadly for Reich, these represent his strongest arguments. From there, the list descends into a laughable rant by someone so frustrated with the election result that it clouds judgment. The most comical is Point Number 5, which claims that tyrants “hold few if any press conferences, preferring to communicate with the public directly through mass rallies and unfiltered statements.” Remember kids, anyone who says exactly what is on his mind, and does so without having it first massaged and interpreted by professional writers is a dictator who will kill you in your sleep.

Most of Reich’s claims are little more than generic statements on the mundane, unlikable things that every politician does regularly: turning every minor win into a mandate, lying to the public, and replacing the political appointees of another party with those who hold an incoming politician’s views.

Some of Reich’s indicators would place favored Democrats in the list of history’s tyrants. Franklin Roosevelt spoke regularly and directly to the American public through his fireside chats, all without vetting the content through media outlets. Kennedy appointed “family members to high positions of authority,” making his own brother the nation’s Attorney General. Trump has appointed “generals into top civilian posts,” most notably James Mattis as Defense Secretary and John Kelly as the head of Homeland Security. Truman did the same, with his placement of George Marshall into not one but two cabinet slots, Defense and State. Trump has issued a toothless threat to deport illegal immigrants, but so did Bill Clinton. And as for the claim that tyrants “tell the public big lies, causing them to doubt the truth and to believe fictions,” if you like your doctor, you can keep him.

History’s view of tyranny is a little different. Actual tyrants are violent aggressors who use and abuse power in direct, obvious, and non-rhetorical ways. Some, like Fidel Castro and Joseph Stalin, engaged in brutal, power-grabbing acts long before they attained political office. Others, like North Korea’s Kim Jong-un, inherited the mantle of power, and engaged in tyrannical acts as a matter of public policy.

If you require a list of actual events that exemplify a tyrant, you need look only to America’s founding document, the Declaration of Independence. In that treasonous work, Thomas Jefferson listed dozens of specific, verifiable acts by Britain’s King George III against the American colonies, “all having in direct object the establishment of an absolute Tyranny over these States.” The list includes disruption and elimination of official legislatures, the illegal control of judges and their decisions, the kidnapping and harassment of ordinary citizens by military forces, and the arbitrary elimination of local laws. Jefferson insisted that the King “plundered our seas, ravaged our coasts, burnt our towns, and destroyed the lives of our people.” That’s a far cry from calling someone “scum.”

Reich’s invective against mock tyranny is yet another sad example of a nation no longer able to deal with the Enlightenment ideas on which it was founded. Instead, every political fight comes down to opposition research, where the lauding or destruction of a specific political leader is more important than the fundamental beliefs embodied in the Constitution and its Bill of Rights. Reich’s list is not only intellectually vapid, but it has the effect of dumbing down an already impoverished electorate. As the public is less able to grapple with deep political concepts, they become ripe for control by true tyrants, an eventuality that benefits no one except those in power. As Reich proclaims in his conclusion, “Consider yourself warned.”