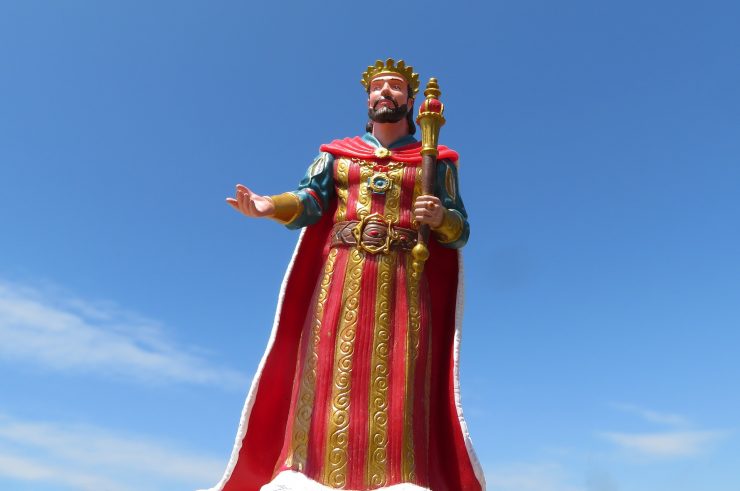 This article was originally published on The Well-Read Man, on February 28, 2017.

Falling in love with big government

During a recent political discussion on—where else?—Facebook, a friend of a friend made the following shocking claim: When America’s founders warned about the concentration of power in government, they were speaking only of monarchs. The framers of our constitution, she insisted, did not appreciate King George III abusing his power, and so they set up a constitutional democracy where there was no need to fear such tyranny. For her, having no king meant having no tyranny. Additionally, she insisted that big government was the blessing of all blessings, since in its might it would be able to tear down those evil corporations that manipulate and destroy us day in and day out.

While she was the first person I have ever encountered who espoused this monarch-only view of power, a large segment of the American public loves big government. Some problems are too big for anything other than national public governance, they believe. For some—see above—the problem stems from corporations of any size. For others, the issue is healthcare, or failing banks, or the War on Drugs, or international terrorism, or safety in the workplace, or poverty, or a quality education.

Those who clamor for a national public solution insist that no effort by private entities, the marketplace, or local governments will suffice. And like my second-tier Facebook friend, they put their full faith in the government, believing that it will in all ways act for the benefit of its citizens. Such faith is rooted in three core ideas about government.

The concept of an ideal state led by a wise, caring leader comes straight from Plato and his classic work, The Republic. In that book, Plato invokes Socrates to describe a Utopian state, one where a wise philosopher-king oversees the highly managed lives of the citizenry. Plato believed that such a government would not only ensure justice, but it would also provide the highest level of national happiness—even if individual citizens were miserable. As with those who advocate large governments today, Plato believed his state provided the best defense against tyranny and the whims of the masses.

The second ideal, that public works are more noble than private, has a similar root, one of distrust of the common man. Self-interest runs strong in the human animal, and an authoritative government is seen as a bulwark against the tumults of powerful men, especially corporatists. To that end, the government must provide strong leadership over its citizens, protecting the weak from all harm, and ensuring a nation of safety where dignity and equality reign.

In short, it is everything America’s founders feared most. They rejected the idea of a trustworthy government. Jefferson summed up these rejections in the Declaration of Independence: “Whenever any Form of Government becomes destructive of these ends [to secure the rights of citizens], it is the Right of the People to alter or abolish it.” Governments exist to secure our rights, but the founders were not foolish enough to expect that they would continue to do so without vigilance.

While the founders paid homage to Plato, they ultimately rejected his ideal state for one based on natural law, a law in which all men equally possess the authority to craft their own systems of social governance. Under this structure, proposed by Cicero, the government does not grant rights, but secures pre-existing rights, and does so not to guard against the injustices of the common man, but by the authority of those common men.

Large central governments are no more trustworthy than small, weak governments. All can devolve into tyranny in the wrong hands. What is most surprising among big-government advocates is their recent horror at Donald Trump’s rise to power, the power that they had carefully and meticulously prepared for a benevolent like-minded leader, the kind of power that it takes to “fundamentally transform” a nation like the United States. Until they come to realize that a government is only just to the extent that it secures the rights of its citizens, they might as well be living under a dictatorship.