Succumbing to our Fears 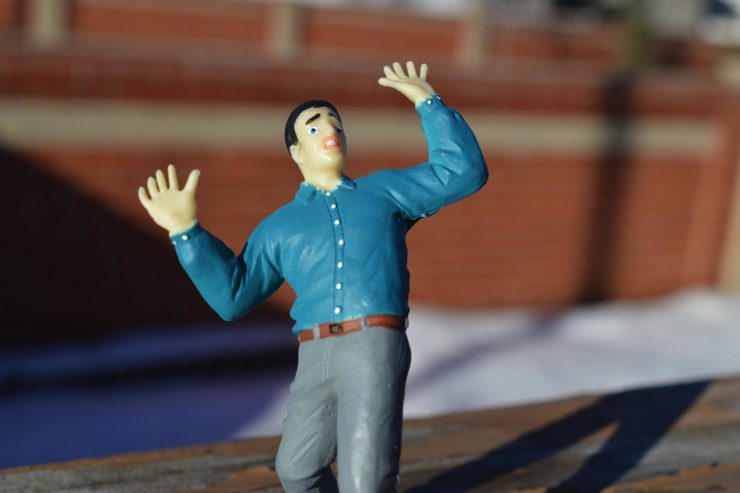 This article was originally published on The Well-Read Man, on February 21, 2017.

Have our worst fears been realized?

In his first inaugural address, while America was still plunged in the depths of the Great Depression, President Franklin Roosevelt declared, “The only thing we have to fear, is fear itself.” It was a bright message for a dark time.

When the speech took place in 1933, unemployment was close to twenty-five percent, and almost half of the nation’s banks had failed. The global war and the influenza pandemic from two decades earlier were still fresh in people’s minds, and the future seemed equally bleak. Hitler would be appointed chancellor of Germany ten days after FDR’s speech, and the Dust Bowl droughts would start a year later, quickly followed by a second world war that would kill more than fifty million. Technical advancements in communication and manufacturing gave us cheaper goods and easier access to the wonders of the globe. But they also enabled swift, efficient death. Dour nineteenth-century German philosophies reminded us of how wretched people could be, and the political systems that stemmed from those beliefs did not disappoint, with communist and fascist leaders summarily executing millions of innocents under their control.

It was a sad time, filled with violence, starvation, oppression, pestilence, and turmoil. Despite all of this carnage, we survived. Humans are an indefatigable race, rising again after every beating and injustice. And America is no exception. The charters of our freedom came about in response to oppression and tyranny. While the experiences varied from colony to colony, the impact of that tyranny was felt across the region. British soldiers marched through the streets, entering colonial homes by force, pillaging at will. The government was no help, with Parliament and the king routinely shutting down local legislatures, and arresting those who pointed out the constitutional violations. As Jefferson said so eloquently, the king “has plundered our seas, ravaged our coasts, burnt our towns, and destroyed the lives of our people.” Eventually we regained our freedoms, but at great human cost.

Americans today are the beneficiaries of those valiant struggles. The tired, the poor, the huddle masses yearning to breathe free rushed to our shores, knowing that blessings awaited. Through blood, sweat, and tears, they gained access to those blessings. By any historical measure, we are the richest, freest, safest, and most powerful nation that has ever been. It is not Utopia, but life for the average citizen in this country can honestly be described as good.

Despite all this, we as a nation are drowning in fear. Our incomes are up, but we fear economic collapse. Our life expectancy is double what it was at our founding, but we fear sudden death and suffering from the latest food additives. Through the phones in their pockets, our kids have instant access to the totality of human knowledge, but we fear the smallest cuts to school funding. We have overcome epidemics like polio and smallpox, but fear the very vaccines that made those victories possible. Even the poor among us have ready access to cheap transportation, entertainments galore, and nutrition to the point of obesity, yet we fear the injustice of a mediocre income. We ridicule our leaders, march in the streets by the millions, burn our flags, and mock our institutions, all without even a hint of concern from police and politicians, yet we fear being locked up and silenced by a fascist regime. Blacks fear whites. Whites fear Muslims. Muslims fear Trump.

The presence of social media seems to have ramped up the level of fear. Here are just a few of the fears I witnessed this past week (with edits for readability).

Americans in the early 1930s had ample reasons to fear. There was a fairly good chance you would not eat on any given day, or find a job, or recover from a high fever, or see your sons return from war. None of those widespread dangers exist today. And yet, we fear. America in the twenty-first century is awash in panic and hysteria. I worry about what will happen to us when something arrives that actually should be feared.