The National Endowment for the Arts Must Die 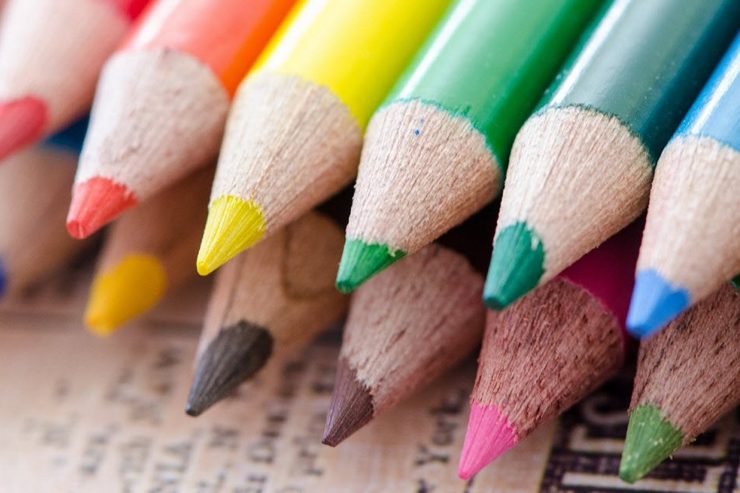 This article was originally published on The Well-Read Man, on March 14, 2017.

A portrait of the artist as a young bureaucrat

Art is important. As a natural expression of human creativity, artistic endeavors enrich our lives, brighten our neighborhoods, and in some cases even raise our property values. Art is all around us: in homes, in businesses, in seemingly random places. I cannot imagine a world without art.

The same could be said of roofs. Or cars. Or cell phones. Or ice cream cones. There are myriad things that enrich our lives, add to our culture, and in general make life more pleasant. But we do not create federal government support organizations for each of them. Nor should we. Just because an industry strikes our fancy or benefits our lives does not mean it deserves its own official conduit for national approval or taxpayer dollars.

The National Endowment for the Arts (NEA) came into existence through the National Foundation for the Arts and Humanities Act of 1965. The stated purpose of the overall Foundation was to “develop and promote a broadly conceived national policy of support for the humanities and the arts in the United States.” Under nebulous rationales like, “The arts and the humanities belong to all the people of the United States,” and, “Democracy demands wisdom and vision in its citizens,” the enabling legislation decided that “it is necessary and appropriate for the Federal Government to complement, assist, and add to programs for the advancement of the humanities and the arts by local, State, regional, and private agencies and their organizations.”

The question to ask is whether any of this is true or appropriate. One way of answering this is to substitute “art” with other ideas or items that Americans value. Would it be acceptable to create a government agency that broadly conceived a national policy of support for flat-screen TVs, or youth soccer programs, or queen-size fitted sheets, or Dockers khaki pants, or lawn care products, or anything else normally purchased and enjoyed by individuals and businesses? Some might argue that art is categorically different, and that without a unified national voice, the country and its art expression would suffer. But that is highly doubtful, especially since the National Endowment for the Arts came about as a response to the already vibrant artistic activity found across the nation, in “local, State, regional, and private agencies and their organizations.” The NEA did not create art; art led to the NEA.

Art is important, but is it an appropriate job for the federal government to validate or support that art? Hardly. While a society is free to direct taxpayer funds to any purpose it deems important, the collective sponsorship of the arts is not a necessary function of a society. According to British jurist William Blackstone, “the principal aim of a society is to protect individuals in the enjoyment of [their] absolute rights.” He breaks those absolute rights down into the three distinct categories of personal security, personal liberty, and private property, providing the overall right to do what you want, when you want, and where you want, with your own stuff, all without worrying about getting maimed or killed for doing so.

These rights, when not constrained by government, provide artists with the full freedom to create, promote, distribute, and even destroy their own works. While this freedom is guaranteed when not limited by law, there is nothing in these rights that guarantees success or income or affirmation for an artist. Your rights allow you to create art; they do not require that anyone will like it.

But that is what the National Endowment for the Arts does: it set up a government body that likes specific works of art. Of course, that is not the official purpose, and the enabling legislation warns that “the Government must be sensitive to the nature of public sponsorship.” But given its limited budget (less than fifty cents per American per year) and its wide sphere of duties, it will naturally assess and approve some works as being more in line with the policies of the agency than are other works. The law is sometimes very specific about the types of works and artists that the Endowment deems important, including artists from “underserved populations.” It also, for example, prioritizes jazz music over other forms, with its inclusion of the American Jazz Masters Fellowship. Why aren’t blue grass, disco, funk, and baroque musical forms afforded the same level of recognition?

What government approves it can also disapprove. The 1965 legislation has specific language prohibiting financial assistance for “obscene” art. The Endowment garnered much controversy over the years by welcoming artists such as Andres Serrano and Robert Mapplethorpe, but also had sponsorship of questionable art forced upon it through the “NEA Four” lawsuit in 1990. Public standards of decency have changed dramatically in recent decades, but the fact that relatively mundane works by Marcel Duchamp and other Dadaists a century ago were labeled as “obscene” makes nationwide agreement on the merits of a given work of art a dubious practice, even when an “average person, applying contemporary community standards” is questioned.

Donald Trump is not the first president to propose elimination of the NEA, but it is finally time to do it. And that quote from the previous paragraph on how obscenity is defined holds the key: “applying contemporary community standards.” Like education, food preferences, and job markets, art is a local concern. Things that pass for art in New York City may be unacceptable to those in a small Midwest rural township, and vice versa. Beyond community standards, the focus on art at the local level can have an impact on the economy and on education in ways that an NEA grant can never hope to achieve.

Consider Leavenworth, a small town of about 2,000 people nestled in the mountains of central Washington State, about a three-hour drive from Seattle. The town thrives on tourism, driven by the city-mandated use of Bavarian architecture and art in its central business district. For instance, its municipal Sign Code for national franchises says that, “logos of chain or franchised businesses are prohibited, but shall be allowed if modified to incorporate graphics, colors, and Bavarian lettering styles and modified to utilize the Old World Bavarian Alpine theme as approved by the design review board.”

Through outdated European themes, an annual community production of The Sound of Music, and other kitschy programs and presentations that would make a grown New Yorker cry, the former logging town was able to rescue itself from financial ruin. Bill Wadlington, the principal of the city’s Cascade High School several years ago, insisted that “the biggest change agent for arts education in our high school was our community. We have a large number of organized people and local artists who value the arts. I think that when you have a group of artists in a community and they start talking with their feet and hands, parents follow suit.”

Does Leavenworth’s Bavarian business center represent the height of artistry? No way. But it is still ars gratia artis, and has a tremendous impact on the lives of those in that town. It is all done locally, and all without the need to be approved, supported, or nudged by a federal agency.