The Patriot Who Could Have Replaced Jefferson 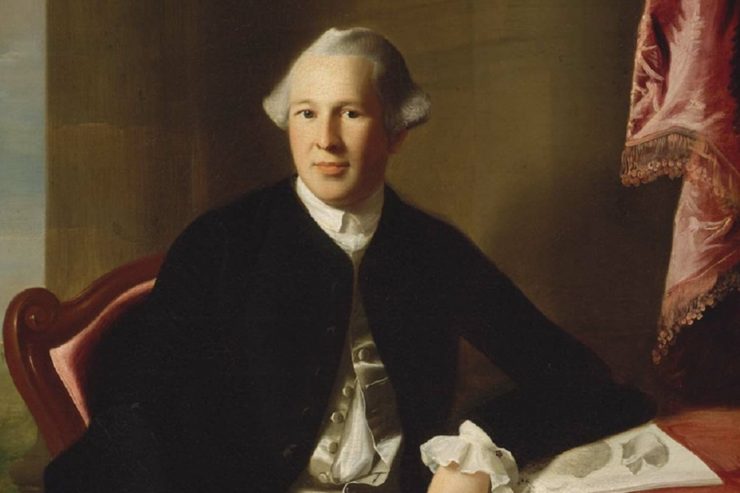 This article was originally published on The Well-Read Man, on March 21, 2017.

Boston physician with a poetic flair

Beyond their import in moving the colonies towards liberty, the words of Thomas Jefferson in the Declaration of Independence remain, even today, a zenith of American prose. Phrases like, “When in the course of human events,” and, “we mutually pledge to each other our Lives, our Fortunes and our sacred Honor,” not only explain the situation in a terse collection of well-chosen words, they trigger something within the human heart beyond what a news article on the same subject would provide. John Adams rightly praised Jefferson for his “peculiar felicity of expression,” but Jefferson was not alone in his ability to crank out a lovely sentence.

Had he lived to attend the Second Continental Congress, Joseph Warren of Massachusetts might well have replaced Jefferson as the key architect of the Declaration of Independence, at least based on his ability to craft elegant yet persuasive statements. A well-respected Boston physician and a direct descendant of Mayflower luminary Richard Warren, Joseph Warren was a rising star in the liberty movement. He was a leader in the Sons of Liberty, and numbered John Hancock and Paul Revere among his closest associates.

Warren is best remembered for his participation and subsequent death in the Battle of Bunker Hill, in June of 1775. Although the cause of his death was from a single musket shot, accounts of how far the British went to mutilate his body after death are excruciating. His family was able to identify his body only through the presence of a fake tooth he obtained earlier in life. General Warren’s death was a troubling military blow for the patriots in their cause, but the loss of Warren’s writings and influence was likely greater.

Less than a year before his death, and in response to Parliament’s 1774 Intolerable Acts, Warren drafted The Suffolk Resolves. The document advocated resistance against the Acts, what he called “attempts of a wicked administration to enslave America.” Between the passage of the Stamp Act in 1765 and America’s official break with Britain in 1776, indignant Americans generated a regular stream of anti-Parliament statements, some blunt and violent, some polite and reasoned. Among these writings The Suffolk Resolves stands out as a striking example of emphatic yet grand rhetoric.

I came across Warren’s Resolves while researching materials for my upcoming book on the Declaration of Independence, and it was a refreshing break from the standard lists of colonial complaints against Parliament. Crafted as an official political statement by the cities and towns of Suffolk County, Massachusetts—such bureaucratic gatherings are normally meat grinders of bland lawyerly pronouncements—Warren’s plea begins by pitting the self-reliant and oppressed Americans against their unjust and sinful British overlords.

Whereas the power but not the justice, the vengeance but not the wisdom of Great-Britain, which of old persecuted, scourged, and exiled our fugitive parents from their native shores, now pursues us, their guiltless children, with unrelenting severity:

And whereas, this, then savage and uncultivated desart [sic], was purchased by the toil and treasure, or acquired by the blood and valor of those our venerable progenitors; to us they bequeathed the dearbought inheritance, to our care and protection they consigned it, and the most sacred obligations are upon us to transmit the glorious purchase, unfettered by power, unclogged with shackles, to our innocent and beloved offspring.

On the fortitude, on the wisdom and on the exertions of this important day, is suspended the fate of this new world, and of unborn millions. If a boundless extent of continent, swarming with millions, will tamely submit to live, move and have their being at the arbitrary will of a licentious minister, they basely yield to voluntary slavery, and future generations shall load their memories with incessant execrations.

Writers like Jefferson and Warren drew upon the styles and themes of the masters who came before them. American historian Stephen Lucas documents how “Jefferson systematically analyzed the patterns of accentuation in a wide range of English writers, including Milton, Pope, Shakespeare, Addison, Gray, and Garth.” These same forms and appeals appear in Warren’s text. You can see this in the stair-step repetition of “on the fortitude, on the wisdom and on the exertions,” and in the opening contrasting couplets: “the power but not the justice, the vengeance but not the wisdom.” Warren also invokes biblical themes, asking if the colonists would “tamely submit to live, move and have their being at the arbitrary will of a licentious minister.” Here, he negatively compares the British leadership to the righteous Creator mentioned in Acts 28, the “God that made the world and all things therein,” and in whom “we live, and move, and have our being.”

It is mere speculation to assume that Warren would have replaced Jefferson on the Committee of Five that drafted the Declaration. But the selection of Warren’s good friend John Hancock as President of the Continental Congress, just a month before Warren’s death, does prompt one to consider the rhetorical possibilities.