Surviving in a World of Partial Information 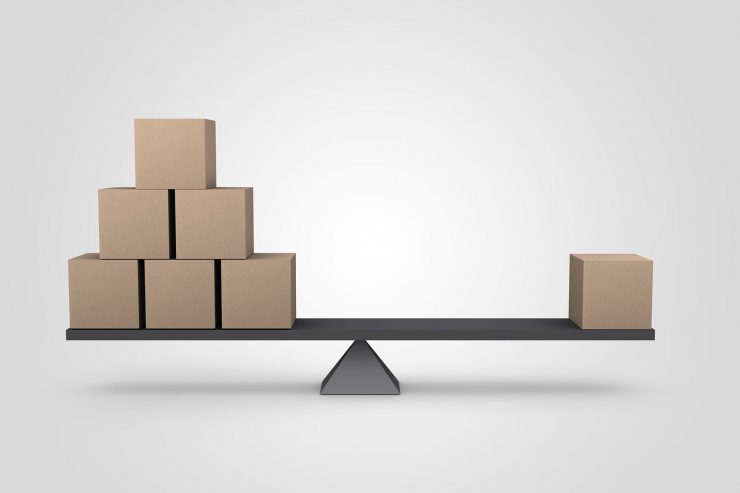 This article was originally published on The Well-Read Man, on March 28, 2017.

It seems we have overcome our most recent national nightmare concerning healthcare. Advocates of the Republican’s “American Health Care Act of 2017” are crying themselves gently to sleep, while those who opposed the bill are gaining significant muscle mass from all the fist-pumping. Public backing of the bill was admittedly low, with a recent poll identifying support among only 17% of Americans.

Before the GOP removed the bill from consideration, the internet nearly collapsed under a collective moaning over the damage it would bring. And while there was certainly a handful of policy wonks who could glean accurate information from the text of the initial bill, most prophecies of civilization’s end were based entirely on rough extrapolations and hearsay. Don’t believe me? Here is a chunk of text from the first few pages of the proposed bill.

If you tell me that you know what that means, or how it will impact your life, you’re lying. If you posted dire warnings on Facebook about the bill’s impact, you did not do it based on a reading of the bill itself. Nobody does. I read through parts of it, and even I would never make such a claim, having given up long before I reached the end.

Certainly, it is not reasonable to expect that all Americans have the time or the legislative background to extract core truths from such a text, and it is common to depend on policy experts for interpretations of law. But if we are honest with ourselves, we know that is not how we came to our decisions. Few people today, especially the most vocal, bother to delve into the minutiae of governmental policy, or take time to understand core concepts like the basic economics of supply and demand, how healthcare capitation works, or how regulations differ from law.

We live in a political world of partial information. Instead of taking time to understand key political arguments concerning public policy, we grab a few talking points from our one or two go-to web sites, wrap it up in a fact-free infographic, and embark on a shoot-first-ask-questions-never campaign of destroying those who disagree with us.

Consider the following healthcare-related image that popped up in my social media feed this weekend.

It is taking every ounce of my being not to obsess on how the author turned Japan into a verb (“We could Japan…”). Four of the points are patently false—only items 4 (life expectancy) and 6 (fee schedules) appear accurate. But even overlooking these flaws, the chance that this image designer had any intimate understanding of the Japanese healthcare system is nil. Any details used to build the list came divorced from the realities of the Japanese medical system. While healthcare in Japan is certainly first-world, it differs from the US system in ways that make direct comparisons difficult. Japan and the US have variant outlooks on healthcare; make different end-of-life decisions; have a near-opposite mix of general practitioners and specialists (only 33% GPs in the US, closer to 55-60% in Japan); and have divergent family dynamics, work environments, social customs, diets, and priorities that all impact life expectancy and medical services.

Hospitals in Japan are nonprofit by mandate, and doctor fees are strictly limited. This may sound wonderful, but it impacts the system in ways that most Americans would find constraining. Without the profit motive, there is limited interest in building large hospitals outside of university settings, and most healthcare takes place in small, local clinics. It is not uncommon in Japan to find a sole practitioner in a neighborhood clinic with a half-dozen overnight-stay beds. And those beds get used, since with the low reimbursements on procedures themselves, doctors must make up the costs by treating their clinics as hotels, requiring patients to stay multiple nights for procedures that would be considered outpatient in the US. Providers often see more patients than US doctors, naturally spending less time with each one. The limited number of large hospitals with active emergency rooms means that ambulances may need to travel to multiple clinics before finding a doctor willing to accept a patient with expensive, low-reimbursed needs. Health insurance is paid by a mix of company and government plans, but with the bursting of the Japanese bubble economy and fewer guarantees for lifetime employment, more people depend on the government systems. And with the current labor shortage and the rise in average citizen age, healthcare system costs as a percentage of Japanese GDP are expected to double between 2011 and 2035.

Again, none of this means that healthcare in Japan is poor. But it does mean that the person who sought to use Japan as an exemplar of healthcare perfection had no clue about the in-country realities. The information input was partial, and the output was worse. But today, this passes for in-depth analysis.

Americans seem to have a compelling need to boil every problem down to a single control, a lone knob that, if spun to the correct setting, will eliminate all suffering. Government programs live for this type of one-size-fits-all solution, but we extend this methodology into other life areas as well. We engage in an unending quest to find that one dietary change that will allow us to lose weight, live longer, and stay wrinkle-free, all without the need to alter our general eating or exercise habits.

Got a problem in the inner city? The key is racism. Issues with your income? Your excessively rich boss is probably a sexist. Imperfect schools? Better get on board with Common Core. No matter the problem, we whittle the issue down to a single idea, and if possible, a single word that simultaneously states the problem and the solution.

Despite this madness for easy answers, we still have poverty, and healthcare woes, and international conflicts, and religious squabbles, and loathsome politicians. We will always have these things because humans are messy and complex. Every time we tell ourselves that people are not that complicated, and that the right leaders or the right healthcare system or the right government program will bring us relief, we fall for the lie that a little knowledge is a beautiful thing.