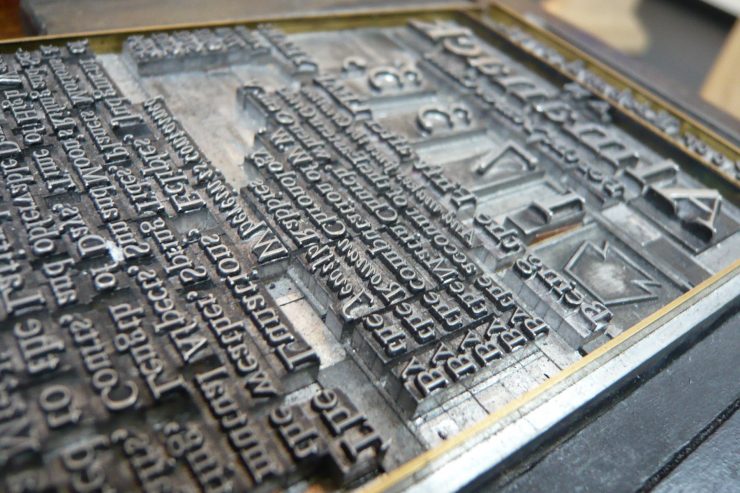 This article was originally published on The Well-Read Man, on April 4, 2017.

Fake is as fake does

Fake news is all the rage these days. Whether the source is a tweet by Donald Trump, or the musings of some web site of questionable impartiality, anything that smacks of propaganda, or that includes outright lies, or that engages in what a previous generation would have called “spin,” is deemed to be fake.

Fake news is by no means a new phenomenon. In the days of the early Christian church, the Eucharistic terminology of “body” and “blood” quickly transformed into published accusations of cannibalism. The U.S. presidential campaign of 1800 is famous for the fraudulent nature of journalistic attacks on both Adams and Jefferson. The sensationalism of Pulitzer’s and Hearst’s yellow journalism, while perhaps not a direct catalyst for the Spanish-American War, at the very least cemented certain false ideas about the conflict in the minds of readers.

One key difference between the fake news of the late nineteenth century and today’s fake news is the now near-instantaneous ability to corroborate the underlying facts of the story. Do not trust what you read on some web site, or in a White House press conference? A visit to Snopes or PolitiFact or FactCheck.org will right the wrong in no time—assuming that you trust the verifier.

Fake news is pernicious, but for those who take the voting franchise seriously, verification of official pronouncements is a vital step in understanding the state of the nation. And even if you fall for a false news story, some in-your-face social media acquaintance will correct the error of your ways within a day or two.

So, fake news, when corrected, is not really a large obstacle to a stable society. But fake conclusions—false ideas you will refuse to correct even when given correcting data—are much more troublesome. Sometimes, we hold fake conclusions out of sheer obstinacy or for political gain. The years that Trump carried the torch for the Birther Movement appears to have no other purpose. But even worse than intentional self-deception are those situations where we have given up completely on any desire to find the truth, when the comforting lies fall in line with our worldview.

I discovered one surprising bit of data related to fake conclusions in Basic Economics, the financial primer by economist Thomas Sowell. In Chapter 10 of the book’s Fifth Edition, which covers productivity and incomes, Sowell introduces the shocking fact that some of our highly touted income statistics are just plain wrong. In addressing incomes as distributed across the range of American households from poor to rich, he says, “A detailed analysis of U.S. Census data showed that there were 40 million people in the bottom 20 percent of households in 2002 but 69 million people in the top 20 percent of households.”

Sowell isn’t making a judgment about who appears in each strata—though he does that elsewhere, when he shows that movement out of the lowest 20 percent of households is due to a much larger increase in incomes than what is experienced by those at the top. And this is not an issue of telling the poor to deal with it, since according to the data, they do deal with it, and rather successfully as they move up the economic ladder, in many cases joining the upper 20 percent.

Much of what passes for fact, including the idea that “the rich are getting richer and the poor are getting poorer,” is based on faulty statistics or a misreading of the core data. Poor households tend to be young, unmarried, low-skilled, entry-level individuals, whereas households in the upper income ranges usually have older working professionals whose incomes benefit from being in a career for decades, and who started out their adult lives as young, unmarried, low-skilled, entry-level individuals.

Unfortunately, we live in a time where the level of analysis that Sowell has done with the data is disregarded, not because it is filled with fake news, but because it conflicts with deeply held fake conclusions. Such conclusions cause us to make extremely poor pronouncements about a wide range of public policy issues. Until we are willing to fess up to our distorted false conclusions, all the true news in the world might as well be fake.