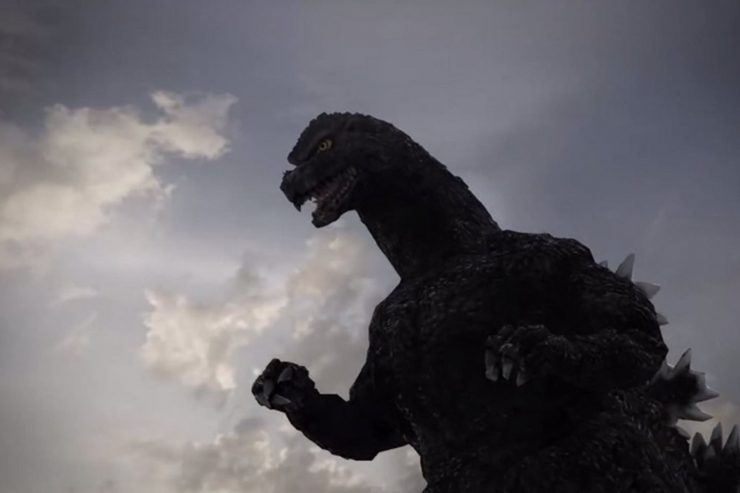 This article was originally published on The Well-Read Man, on May 23, 2017.

We have nothing to fear, but life itself

On a recent trip to Japan, I had the chance to engage in a nomikai with some friends. It is the kind of small-group event where you drink and eat and drink and sing and drink. And the drinks have booze in them. Anyway, I am not much of a lush, so I only had tea beyond the first kampai beer, while everyone else enjoyed continuous refills of whatever Japan was serving that night.

When I told the group that I would be driving back to where I was staying after the last karaoke song, there was a sudden clamor. “You can’t do that, Tim,” they said, but with a lot less actual English content. “The police are very strict about drunk driving. You’ll be in jail!” I did a quick check on my phone, and they were right about the police being strict. The Blood Alcohol Content limit for driving in Japan is 0.03, less than half the typical 0.08 limit set in most American states.

Still, I knew I would be under the limit. After I finished that smallish beer, I had five or six hours of eating and singing and walking and arguing over police procedures. By that point, my BAC was close to or at zero, and the rural part of Japan we were in seemed to have police officers at about that same zero level. But the impassioned pleas continued. “Don’t do it! Please! Onegai shimasu!” Finally, I was able to convince one member of the group to see the scientific soundness of my argument. I made it home that night with a sore singing voice, a happy stomach, and no time spent in jail.

This might all sound like a humorous anecdote, but the reaction of my friends is something I have seen in other aspects of Japanese society. In the wake of the March 11, 2011, Tohoku tsunami and the ensuing Fukushima nuclear power plant troubles, Japan shut down every nuclear reactor countrywide, and except for a handful of reactivated plants, including one that went active last week, they are still all idle. To meet its energy needs, Japan had to dramatically increase its imports of oil and other fossil fuels, with the share of power generation from petroleum sources nearly doubling between 2010 and 2012. Despite the financial burden this brings to residents, large segments of the population regularly protest any return to nuclear dependence because they fear another catastrophe.

There are also demonstrations over suggested changes to the Japanese constitution that would allow the country to place peacetime support troops in hotspots around the world, amid concerns that the nation could return to imperialism. And during my stay, TV stations fretted about the latest taunts from North Korea. Lesser fears occur in everyday life. A few years ago, I saw an episode of the Japanese TV panel show Dead or Alive that warned of how miso soup could explode when reheated in a copper pan.

Japan is an amazing country: culturally rich, a world power despite its need to import much of its manufacturing resources, and still strong economically even after decades of stagnation. But beyond the Yamato spirit that pushes it forward, there is something else that seems to hold it back: fear. Fear makes itself known in the small moments of daily life, and in major issues that affect national policy. From concerns over nuclear energy, to the impact of one alcoholic beverage consumed hours before, Japan is awash in fear.

It was not always like this, of course. Before World War II, the fear went in the other direction. But sometime between 1945 and today, the country changed from an imperialistic world force to a kindly old grandmother. The reasons for this are certainly complex and decades long, but the change from fearless to fearful is real and noticeable. Fear over a drunk driving charge might be simple compassion for another person’s well-being. But fear that influences national policy can negatively impact an entire nation.

A similar change seems to be taking place now in the United States. While once our nation was known for its rugged individualism and can-do spirit, the general sense today is that without the significant infrastructure and management support provided by the federal bureaucracy, our society would cease to exist. The nightly news regularly announces the danger-of-the-day, especially anything that poses a threat to health and basic safety, from changes in the weather to poor quality children’s toys. Many Americans do not just dislike Donald Trump and his policies; they fear him. They daily expect sudden death from a lack of health insurance, or deprivations from having to start out a career at the minimum wage, or imprisonment from supposedly fascist policies, or worse. All of these concerns stem from fear, and as with the concerns of my beer-drinking friends over my driving abilities, these recent American fears are founded on irrationality.

Decades ago, despite concerns over Russian aggression and nuclear war, the typical American still believed that the United States would eventually prevail over that “evil empire.” We went to the moon, and we told Mr. Gorbachev to Tear Down That Wall. Today, a mundane email hack has caused many to believe that permanent domination of our nation by Russia is imminent and lethal. We now cower were we once stood firm, and for little more than a few news reports of electronic malfeasance and the timing of conversations between American and Russian political functionaries.

While fear is a normal human reaction to extreme situations, its regular invocation from even humdrum news events is unhealthy for any society. Fear is a common tool of tyrants and bullies, and nations have been prone historically to making fatal choices, all because some leader or group claimed to be able to assuage their fears. Until we, as a nation, recover our backbone in dealing with the routine pressures of everyday life, we leave ourselves open to this same danger.