The Worldwide Threat Against Enlightenment Ideals 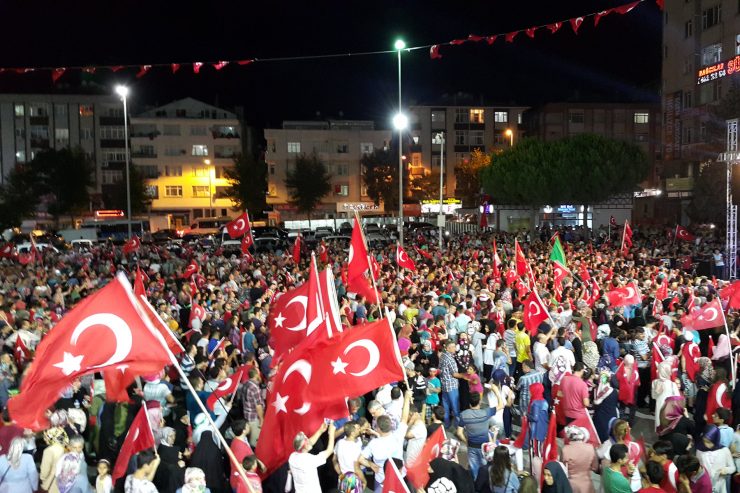 This article was originally published on The Well-Read Man, on June 6, 2017.

When the separation of powers is gone

Since the election of Donald Trump last November, our social media and public news sources have streamed a never-ending wave of fear and concern over how Trump, as president, might use or abuse his power. While I think many of the commentaries are overblown, I agree with the core principle of being vigilant against potential or realized forms of tyranny. Such vigilance is especially important anytime a nation’s citizens are unaware of what the telltale signs of tyranny actually are.

I was reminded of this truth while watching a recent video by the media organization Vox, which discussed the April 16, 2017, Turkish referendum. That national vote, by a narrow margin, approved sweeping changes to Turkey’s governmental structure. I do not know that much about the political situation in Turkey, but one section of video was very familiar, since it covered questions of government policy that America dealt with more than two centuries ago.

According to the video, the referendum increased the powers available to Turkish President Recep Tayyip Erdogan, and it provided examples of five specific grants of executive authority.

Two of these points, the unbridled abilities to appoint judges and dissolve parliament, were very familiar, since they parallel two of the grievances that the American colonists issued against King George III in the Declaration of Independence. Thomas Jefferson, the primary author of the Declaration, accused the king of usurping powers granted to Americans and their local legislatures, and included a list of twenty-seven specific complaints. The fifth complaint addresses the king’s unwarranted control of colonial legislatures:

He has dissolved Representative Houses repeatedly, for opposing with manly firmness his invasions on the rights of the people.

The English Bill of Rights of 1689 limited the control that the king had over the English Parliament, but through his colonial governors, he still exercised the power to unilaterally prorogue or dissolve a regional legislature. The colonists viewed this as a clear violation of their rights as granted by Nature’s God, and as guaranteed by British Common Law.

Similarly, the Turkish referendum allows the president to install judges at will. The ninth grievance in the Declaration of Independence rejects this broad power:

He has made Judges dependent on his Will alone, for the tenure of their offices, and the amount and payment of their salaries.

As with the legislative power, the colonists rejected the king’s ability to make judges “dependent on his Will alone” because it had “in direct object the establishment of an absolute Tyranny” over the colonies. Thanks to the work done by Enlightenment thinkers before them, America’s founders were able to recognize the threat, and act to thwart it, though not without some loss of life.

If the Vox video is accurate, then the people of Turkey, albeit by an extremely small margin, have either knowingly or ignorantly granted their leader at least two powers that the Americans considered violations of their rights as humans and as citizens. If so, the hope is that they will recognize their error before tyranny takes hold. Otherwise, if they value their rights, they may have to travel the same, violent path that the American colonists wandered in the late eighteenth century.