Why Healthcare Costs So Much – Part 3 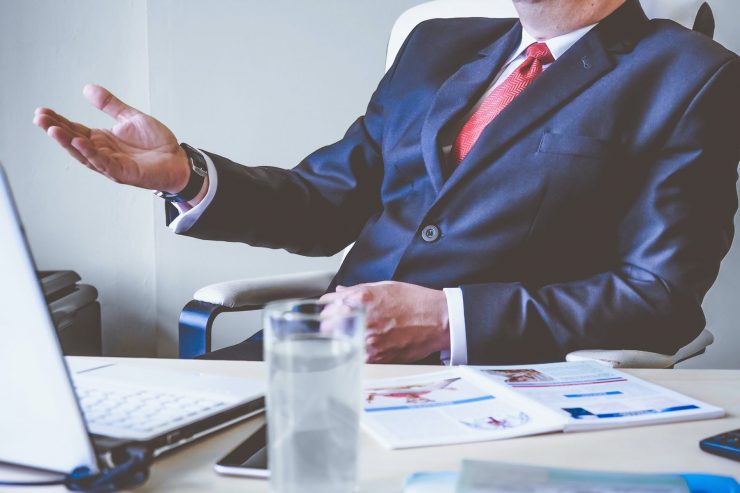 This article was originally published on The Well-Read Man, on July 11, 2017.

(This is Part 3 in a continuing series on the cost of healthcare in the United States. Click here to start with Part 1 or click here for the previous installment.)

Today was the day this series was going to start delving into the raw economics of healthcare costs. But a comment in response to last week’s posting made me realize that there is one more common complaint we need to address before moving on to the core analysis. The issue is executive pay, specifically the salaries given to the CEOs of corporations that provide healthcare products and services.

Part 2 discussed the impact that the rich have on healthcare costs, and how most of the concerns are emotional and not based in economic reality. One reader objected to this idea by posting a list of salaries for twenty CEOs of healthcare corporations. I do not know the source or accuracy of the data, and some people on the list no longer lead these companies. But in general, the list seemed fairly accurate as far as Fortune 500-level CEO compensation goes. The highest earner on the list was Leonard Schleifer, CEO of Regeneron, earning $41.97 million in annual salary, stock, and benefits to manage the New York biotechnology company. At the bottom of the list was Robert Bradway, head of Amgen, who earns a comparatively paltry $13.96 million.

Those are big numbers, to be sure, much more then I will ever expect to see in my annual compensation package. We live in the era where the “One Percent” are evil, and where the disparity between wealthy CEOs and their most underpaid employees is presented as proof of the downfall of the United States. It is reasonable to be concerned when the rich and powerful start throwing their weight around. But for our purposes, the question is not whether such salaries are fair, but whether they have any meaningful impact on healthcare costs.

I looked into the salary for one of these corporate executives, Alex Gorsky, CEO and Chairman of the Board for Johnson & Johnson, listed with a compensation amount of $25 million. I selected Gorsky because he falls more or less in the middle of the list I received, and is still active in the leadership of that corporation. I am not sure what year the claimed amount is for. One source says that his income for 2016 was about $21.2 million, of which $1.6 million was his base salary, $4.6 million was a bonus, and the rest (outside of basic corporate benefits) came in the form of stock and stock options. While this total is lower than the amount mentioned in the list, we will still stick with the $25 million figure, since it is even bigger and scarier than $21.2 million.

I looked through the 2015 Annual Report for Johnson & Johnson to better understand what impact this level of compensation has on the total business. But I ran into a problem right away: I do not know how to read an annual report. But I was able to glean two key numbers from the document. The first is the total worldwide income for Johnson & Johnson during 2015, which comes to $70.074 billion. The second interesting number is 127,100, which is the total number of corporate employees during that same year.

Employees come in a wide range of salary levels. You would expect a medical company to have lots of highly paid engineering and research types, with comfortable six-figure salaries. But there are also janitors and cafeteria workers with entry-level salaries. To make our calculations easier, we will use median US income, which in 2015 was $56,516. (This is household income, not individual salary. While this number is perhaps a bit high, it is not different enough to impact the final conclusions determined below.)

Beyond base salaries, employers pay out 6.2 percent in Social Security taxes for each employee (in addition to what the employee pays), 1.45 percent for Medicare, a few hundred dollars in unemployment taxes, 1.85 percent for administrative overhead and other expenses, and additional payouts for benefits like healthcare plans. The exact amount varies by location and job, but one source advised adding 20 percent to the base pay to determine the additional per-employee cost to a corporation.

If we take this adjusted amount of $67,387.20 (median household salary, plus the 20 percent overhead) and multiply it by the 127,100 employees who worked for Johnson & Johnson in 2015, the total comes out to about $8.565 billion, a little over 12 percent of the company’s gross income for the year. Alex Gorsky’s compensation package of $25 million represents 0.29 percent of all employee compensation, and 0.04 percent of gross income. That is, if you were to spend $100 on Band-Aid adhesive bandages (ignoring for the moment the amounts that your pharmacy and other distributors will take from that amount), four cents of that purchase would be used to pay for Gorsky’s lavish lifestyle.

Is it wrong that four cents of every $100 purchase for healthcare products is being used to pay for a single corporate executive? It is a difficult philosophical question that, fortunately, has almost no bearing on our present discussion. I am more shocked by the 30.3 percent of the company’s income, as noted in the annual report, that is consumed by “selling, marketing, and administrative expenses.”

Since total US spending for all healthcare in 2015 was $3.2 trillion, the reality is that Gorsky’s salary has no real impact on overall costs, nor does the total compensation of all twenty of the listed CEOs. So, while it is certain that executive pay is not driving the large increases in healthcare costs, something is, and we will discover what that is in upcoming articles. What is clear for now is that you are buying a lot of Band-Aids.