Why Healthcare Costs So Much – Part 4 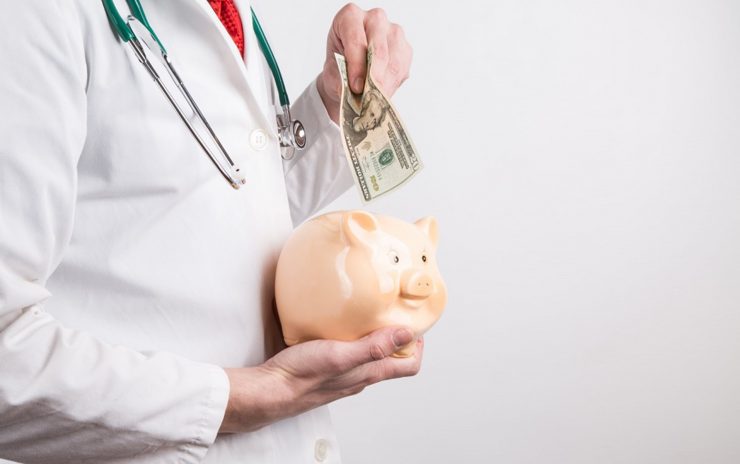 This article was originally published on The Well-Read Man, on July 25, 2017.

(This is Part 4 in a continuing series on the cost of healthcare in the United States. Click here to start with Part 1 or click here for the previous installment.)

To really understand the cause of increased healthcare costs, you must—not should, but must—have a grasp of basic economics. And for English speakers, there is no better way to understand the core nature of economic systems than by reading Basic Economics, by noted economist Thomas Sowell. Now in its fifth edition, the thick tome (900+ pages!) communicates the essential facts that everyone needs to know about economics, without all the formulae, calculations, and Federal Reserve executives that tend to make economic discussions boring.

Sowell’s main thesis is surprisingly short: “Economics is the study of the use of scarce resources that have alternative uses.” Our earth has provided its seven billion inhabitants with abundant resources, and yet even those seemingly unlimited natural assets are scarce, not because they will run out at any minute, but because the finite supply of those resources at any given moment is at the mercy of competing demands for those resources.

As an example, Sowell discusses the uses of milk. Cows produce a finite amount of milk each day, and once processed, that resource is available for use in yogurt, ice cream, or to sell directly to consumers in bottle form. If cows produce a quantity of milk that fully meets the demands of yogurt, ice cream, and plain milk sellers, then everyone will be happy, getting their milk needs met for a price that is probably just a bit above what it takes to produce and deliver raw milk. But if the bovine version of the common cold puts a third of the population of dairy cows out of commission for a few days, things start to get interesting. How do you decide where the limited supply of milk goes? Should yogurt producers get first crack at it, or is ice cream a more important use? What if the various producers of milk-based products refuse to reduce their demands for the level of milk they have come to expect?

The answer to these questions is, of course, economics. When the supply of milk drops below what is demanded by the marketplace, its identity as a scarce resource with alternative uses becomes obvious. In a capitalist system, the lower supply of milk will lead to a bidding process by those who demand milk, resulting in an increase in the price of each unit of milk, not just for those who win the auction, but for everyone. The reverse is also true: when the desire for ice cream goes down in the winter, lowered demand for raw milk by ice cream producers leads to a lowering of the unit price of milk, because the oversupply of that resource makes it less desirable, and therefore less valuable, to milk-centric businesses. It is still a scarce resource that has alternative uses, but the lower demand for those uses has an impact on the economics of the various parties involved.

The rules surrounding scarcity, supply, and demand are true even when capitalism is not the system used to resolve conflicting demands. If there is a limited supply of milk, no mandates by a central communist government will completely fulfill the production demands of the milk, yogurt, and ice cream factories. Either the supply of milk will need to be increased, or the demands for milk products will need to be reduced. That milk is provided at a nominal, fixed charge to consumers does not alter the underlying nature of supply and demand, nor the economics used to understand the situation. When milk products are sold at a government-mandated cost, the normal function of currency as an indication of the current price is unable to operate. Therefore, some other process must determine who will win the bidding process for scarce resources, and without the benefit of price indicators, that process typically appears in the form of rationing of goods and services. Even if consumers received milk products for free—that is, even if the government acted as a “single payer” for milk, ice cream, and yogurt—it would not change the economic reality of scare resources having alternative uses.

As it goes with milk, so it goes with healthcare. The resource in this case is not dairy products, but the amount of medicine and the number of doctors, nurses, and other medical providers available to meet the healthcare demands of the general population. The application of economics to this industry is independent of the money paid for prescriptions and services. Sowell describes this very case in the introduction to his book.

When a military medical team arrives on a battlefield where soldiers have a variety of wounds, they are confronted with the classic economic problem of allocated scarce resources which have alternative uses. Almost never are there enough doctors, nurses, or paramedics to go around, nor enough medications. Some of the wounded are near death and have little chance of being saved, while others have a fighting chance if they get immediate care, and still others are only slightly wounded and will probably recover whether they get immediate attention or not. It is an economic problem, though not a dime changes hands.

In a capitalist system, when the relationship between the supply of healthcare services and the demand for those services changes, the price of those services adjusts to indicate the current cost at which the scarce resource of such services is being provided. If the demand for such services increases without a comparable increase in doctors, the amount charged by doctors will rise. Doctors could keep their prices the same and arbitrarily decide which patients they will see and which ones they will not. (This currently happens when a doctor’s office closes the practice to all new patients, or to patients using certain insurance plans.) But it is more common to use prices as the tool for determining how to prevent a rush of patients from overwhelming the stable of doctors. If demand increases consistently, and the amount charged for services goes up accordingly, more people may decide to enter the lucrative medical profession, thereby increasing supply and, over time, reducing costs.

This works fine, until something comes along that perturbs the level of supply and demand. As we will see in upcoming articles, there are several factors at work, some mandated by government, that both restrict the supply of doctors and medicines and simultaneously increase the demand for those services and goods. Decreased supply and increased demand: that combination leads to higher milk prices in the dairy industry, and it likewise leads to higher prices in the healthcare industry. In the next article, we will examine a major impact on the supply side of that relationship, the role of medical insurance in driving up medical costs.