We are All Confused about Race 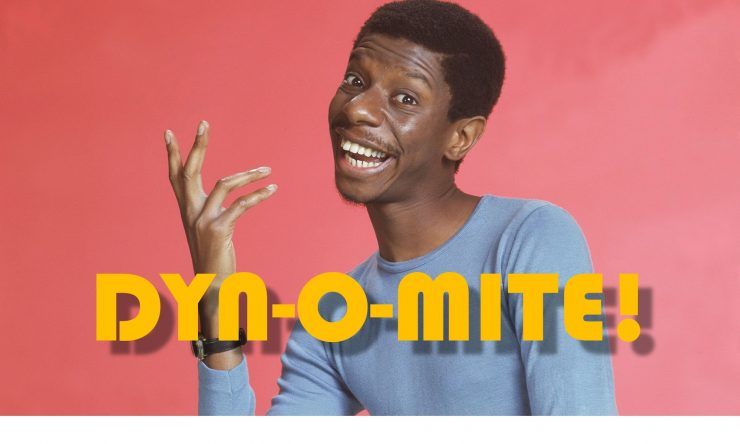 This article was originally published on The Well-Read Man, on September 13, 2017.

Waking up from Dr. King’s dream

I grew up after passage of the Civil Rights Act, in an era when (we thought) the immoral behavior of the Jim Crow era had been pushed aside. Good Times and The Jeffersons were popular sitcoms on TV. I was too young to understand the nuanced messages on race. I just thought it was funny when Jimmie Walker said, “Dyn-o-mite!”

My parents never taught me to be racist. For a few years, our next-door neighbors were black, to use the terminology of that era. I was not told that I should treat them any differently than our other neighbors, or that they were different at all. To me, they were just neighbors. They did not have any kids, and since I was still a youth, I did not interact with them much. But if there had been kids my age in that family, I would have hung out with them, and nobody would have made a big ideal out of it.

This nonchalant attitude concerning race followed me into adulthood. Many of my friends at college were minorities, not because I sought them out, but because I had some minority friends, and they introduced me to their friends, and so on. I married a minority, and more than that, an immigrant. Because of my marriage situation, most of my adult church life has been spent in non-white congregations, ones where less than ten percent of the church body looked like me. When I used to run my own company and needed to hire workers, I ended up hiring more minorities than whites, not because I was prejudiced, but because the slate of qualified candidates that came my way just happened to be of that mix.

This mini biography appears here not to impress you with my racial blindness, but to make it clear that in my life, as with so many others my age in America, race was never a big deal. I knew about racial differences, of course, and I was not ignorant of America’s past racial problems. But in my own life, and among my own friends and colleagues, race was just never a thing.

But it seems that I was deceiving myself. If media reports and memes on Facebook are to be believed, I am a terrible racist, and the horrors of my white privilege are surpassed only by my indifference to the plight of non-whites.

I have a friend, an African American woman in her early thirties, who works for a non-profit organization that advances the cause of minorities in America. Some would deride her as a “social justice warrior,” but she is confident enough in her role to own that name as a badge of honor. We attended the same church—a mostly non-white church—and chatted from time to time. Of course, we meandered into the topic of race, where she proceeded to inveigh against the benefits of my white privilege. When I balked at the suggestion and regaled her with a bit of my bias-free history, she threw Martin Luther King, Jr., in my face: “History will have to record that the greatest tragedy of this period of social transition was not the strident clamor of the bad people, but the appalling silence of the good people.”

Now, that confused me. I did not understand how living a life where I treated minorities with the exact same respect and concern as I did whites qualified as “appalling silence.” I did not work full-time for a social justice organization like she did. But is such employment now the minimum standard that the champions of civil rights expect from the white majority?

The big race-related thing I remember from my youth was King’s “I Have a Dream” speech. We listened to it regularly in school, memorized some of the more impassioned portions by osmosis, and to the extent possible, we lived it out. The highlight of the speech, as it was imparted to me and my fellow students, was King’s vision for his kids: “I have a dream that my four little children will one day live in a nation where they will not be judged by the color of their skin but by the content of their character.” While nobody told us outright to do this, the idea that we should stop obsessing on skin color and start focusing on character was clear. And so we did, at least among the people in my sphere of acquaintance.

If I take King’s words seriously, the color of someone’s skin should be of no more importance than the color of their eyes, or of their hair, or how much hair they have, or the situation they grew up in, or the amount of money in their bank account. The key, I was led to believe, is character. I have met people of varying races who possessed very poor characters, and it would pain me to deal with them for any length of time. But I have also met myriad people of all colors who possess some of the greatest characters. It is my honor to spend time with them.

But that is not the America we live in today, at least according to my social justice acquaintance. My friendship with minorities, my history of good relations with those of all backgrounds, my indifference to skin color; these are all a sham, I am told, and so typical of those benefiting from white privilege. Instead, the lesson for today is that I must keep skin color first and foremost in my mind, and that as a white, it is in my best interest to be reminded regularly of this nation’s history of abuse against minorities. Treating people in a race-neutral manner is now an affront. Commenting casually on the color of someone’s eyes is still permitted in our society. Try complementing someone on their skin tone and see what happens.

For now, I will live my life as if Dr. King’s plea to treat his family based on character is the way to go, and that I should not take skin color into account. But so many today are telling me something different. Either King was right when he lifted character above race, or he was wrong. I think he was right, but sometimes, one can only dream.