That Time I Agreed with Bernie Sanders 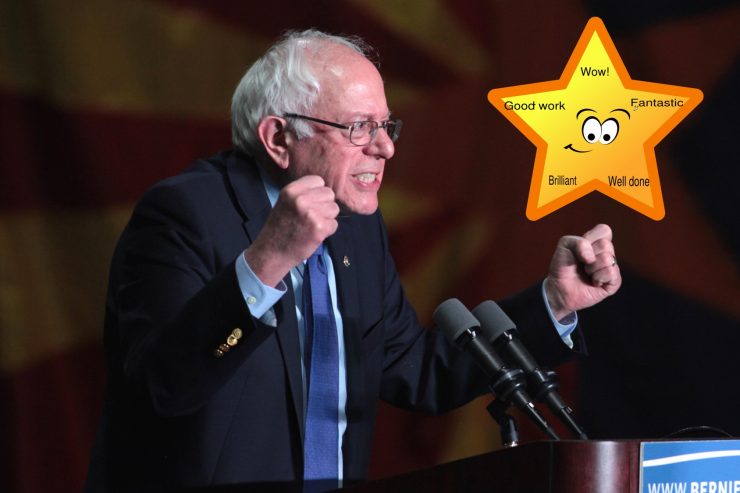 This article was originally published on The Well-Read Man, on October 3, 2017.

What they say about a broken clock…

Last week, I found myself in complete agreement with Senator Bernie Sanders. As a political conservative, it left me with a sense of unease and disquiet. And yet, I couldn’t deny that what he said was correct and appropriate. His quasi-disturbing statement came in the form of a tweet on September 22, 2017:

This is a disgrace and a disservice to everyone who has worked to address sexual violence. Congress must act to undo this terrible decision.

Sanders was referring to an announcement by Secretary of Education Betsy DeVos, reversing a set of policies instituted by that same department during the Obama administration. To understand what Bernie Sanders really said and why it mattered, we need to look back in history, to the days of Flower Power.

In 1972, the Congress passed the Education Amendments of 1972, a set of legal enhancements to the Higher Education Act of 1965. One portion of the 1972 updates, known today as Title IX, attempted to distribute educational resources equitably between male and female students. While most of the law’s text included standard legal mumbo jumbo and constituent-specific exceptions, the core verbiage of the law was surprisingly straightforward:

“No person in the United States shall, on the basis of sex, be excluded from participation in, be denied the benefits of, or be subjected to discrimination under any education program or activity receiving Federal financial assistance.”

That statement seems fairly clear. But you should never underestimate the power of a government agency to transform a good idea into a 5,000-page experiment in micromanagement. Since its creation during the Carter era, the Department of Education has tweaked the implementation of the law to meet the varying expectations of each presidential administration, and the American public.

Fast forward to 2011, when Obama’s Education Secretary, Arne Duncan, issued a set of guidelines for schools attempting to comprehend the basic 1972 law. Known as the “Dear Colleague” letter, the missive and its accompanying Q&A documentation provided guidance for colleges dealing with sexual misconduct on campus. As you follow the controversy, keep in mind that the letter was written by and issued from the Department of Education. While the content certainly reflected the views of President Obama, the content itself was sourced from bureaucrats from within that department.

Betsy DeVos, the current Secretary of Education, does not agree with some elements of that 2011 guidance. And so, she directed the Department to issue revised guidelines, currently classified as interim, that make adjustments to the Obama-era instructions. Once again, this revised content was written by bureaucrats within the Department of Education, just as the 2011 content had been.

Therein lies the problem. Because the instructions issue by the Obama administration were little more than suggested interpretations of a rather broad statement from a 1972 law, there was nothing to prevent a later administration from sending out new guidelines that were equally interpretative. While you might disagree with one or the other of those interpretations, the fact that decision makers within the Department of Education found those interpretations within the underlying legal text was sufficient for them (in their minds) to issue written clarifications of that basic law.

Former Secretary Duncan had a different viewpoint concerning the law than does Secretary DeVos. The Department back in 2011 said one set of guidelines was the right interpretation; that same department from today sees another set as correct. Who’s to say which understanding is right?

I am. And so is Bernie Sanders. And you, too. We get to say what the correct understanding is, through laws passed by our representatives. The problem with the instructions issued by the Department of Education is not (primarily) that they said one thing in 2011, and something else in 2017. Rather, the issue is that the guidelines for both of those years were nothing more than guesses about what Congress wanted to set down as law back in 1972. The 2011 Dear Colleague letter says that “sexual harassment of students, including sexual violence, interferes with students’ right to receive an education free from discrimination.” Even if this is true—and the flexibility with which the document employs the term “discrimination” makes it difficult to prove—the expression of that interpretation through an agency guideline leaves it open to revocation by subsequent administrations.

In short, guidelines are not law. Law is law, but governmental agency guidelines are temporary interpretations of the underlying laws, interpretations that might vary with society. If you want a law, you need to pass a law. That is the core of Bernie Sanders’ statement, though I doubt that was his focus. And yet, he managed to state correctly that it is the job of our elected legislators, and not a group of civil rights bureaucrats in the Executive Branch, to issue laws.

A lot of Americans today are confused about this fact. It was just a few weeks ago that the entire nation had a fit over changes to the Deferred Action for Childhood Arrivals (DACA). President Obama established that immigration policy back in 2012 after the Congress failed to pass the DREAM Act, which would have codified similar policies in law. In the absence of such legislation, Obama chose to implement the core intent of the law through selective enforcement and policy interpretations of existing immigration laws. Even through the American people (through their elected representatives) had not authorized such a law, the sitting president decided to implement a law-like policy. But DACA was not true law. As with the Title IX guidelines, these policies were little more than administration-specific interpretations of laws. That made them ripe for alteration by future administrations.

While a lot of people were upset at Donald Trump for reversing Obama-era policies, the revised guidelines issued under his name were just as authoritative as those produced under Obama. By which I mean that they weren’t really that authoritative at all, since they were not law. And they will be just as easy to reverse by the next president.

The Dear Colleague letter and the DACA policy are indications of laziness and impatience on the part of the Executive Branch. Laws require congressional action. If an administration, Republican or Democratic, isn’t happy with a Congress that failed to pass its hoped-for legislation, that still doesn’t give it the right to craft a policy and treat it as law. If you want something to have the force of law, you need to make it a law. Otherwise, you’re just putting your hopes on unenforceable promises.