Healthcare is Not That Special 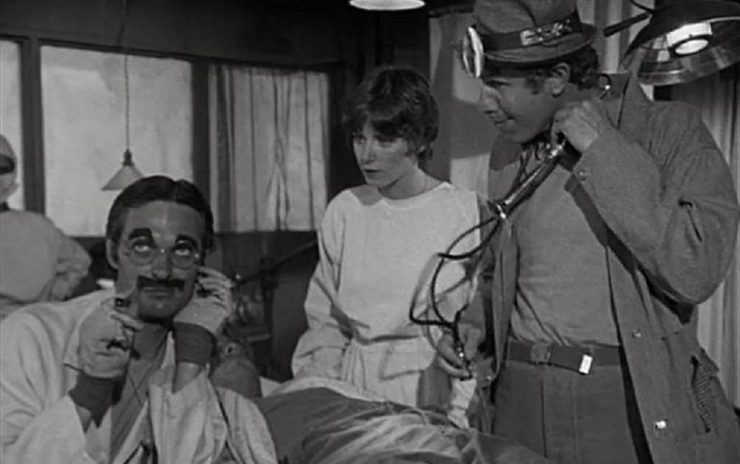 This article was originally published on The Well-Read Man, on October 25, 2017.

Perhaps you see things differently, but I like being healthy. When I get sick, sick enough to exhaust my own understanding of medical science, I am glad that I can consult with a doctor or other healthcare provider and (usually) get just the right solution to my problem. As a society, it is important to have a stable system of medical care available to the general population.

I am not the only one who thinks medicine is important. Two of my friends recently said to me that medical care is so important, it cannot be left up to mere economics transactions. This is especially true, they said, of any medical situation that touches on aspects of life and death. Instead of our current environment, they advocated a single-payer system, where the national government covers most or all fees for healthcare services and products. If you are dealing with terminal or chronic conditions, the thinking goes, you should not be asked to pay money for medical services.

Naturally, they are wrong, in part because of a core misunderstanding of economics. Economics, it turns out, is not about money, and economic transactions, though they typically involve the transfer of money, are not “economics” just because money is involved.

Economics is a science that studies human behavior; comments by economists on physical elements (widgets and cash) serve only to help clarify the primary behavioral subject matter. The early twentieth century economist Lionel Robbins perhaps said it best when he defined economics as “a science which studies human behaviour as a relationship between ends and scarce means which have alternative uses.” Still-living economist Thomas Sowell simplified this a bit, calling economics a study of the “various way of allocating scarce resources which have alternative uses.”

If you read through those definitions, you will not find words like “finance” or “money” or “cash.” When we discuss economics in public, the conversation often focuses on money, in part because the mathematical nature of money lends itself easily to discussions of an economic nature. That, and our native love of money. But economics is not about money any more than it is about eating a meal, or telling a joke, or going on a vacation, or choosing a shirt from your closet. All of those are economic actions, but none of them are more economic than the others.

Let’s say that you have been asked to go to a wedding, and you need to choose from among the two neckties in your closet: one red and one blue. This choice is an exercise in the allocation of scarce resources which have alternative uses. The scarce resource, in this case, is your neck. You have only one neck you can take to the wedding, and at this moment there are multiple demands—the two ties—competing for that scarce resource. If you take time to ponder a new tie purchase just for this event, the demands go up even more without a comparable increase in supply.

How do you determine which tie will go on your neck? You might ask your wife, or try to match it to whatever socks you will wear, or try to switch ties halfway through the ceremony, or even close your eyes and grab one at random. Whatever method you use, that method is economic, because it concerns how a human (you) dealt with a scarce resource (your neck) that needed to be allocated (plied with a necktie).

Of course, choosing a tie is rarely as important as a discussion about some illness with your doctor. But in terms of economics, it is no different. Consider a true medical emergency situation, a war-time hospital setting, as popularized in the TV show M*A*S*H.

Imagine that a mobile army surgical hospital has five doctors, each of whom can perform a life-saving operation in thirty minutes. At a moment of relative calm, twenty wounded suddenly arrive at the camp. All of them have life-threatening injuries, and each will die within one hour without an operation.

Since there is time to save only ten of the twenty soldiers (five doctors at two operations each per hour), how do you decide which of the twenty wounded will receive medical care? Of course, the team will attempt to render as much care as they can, but even if extraordinary attempts are made to extend the life of each soldier, the fact is that there is a scarce resource (the doctors), and that more people (the wounded) are demanding access to that resource than can be accommodated.

No money is changing hands in this situation; the government truly is paying the entire medical bill for each patient. And yet, economics is still the driving factor in determining who gets care. In a triage situation, typically those most likely to survive will be given priority. But what if one of the wounded is the nephew of President Truman? What if one is a young and brilliant scientist who was just days away from curing cancer before he was drafted into the war? What if one of the injured slips a nurse $200 to be moved to the head of the line?

Whatever method is used, even if that method is considered immoral by a society, the behavior supporting that decision-making process is economic, money or no money. The decision to bring one patient in for surgery is an economic choice, as is the general decision trends employed over the course of the long war.

My friends insist that a single-payer system is better because it removes economics from the picture. But as we see in the army hospital example, economics never exits the decision process. It is nice to think that medical care free of the burden of payment will somehow magically be better than what we have now. But even when nobody sees a dime change hands, economics is still happening because a limited supply of medical practitioners is offering services to a certain level of people demanding healthcare.

In this way, medical care is identical to restaurants, where a limited supply of cooks and servers must allocate themselves in order to meet the hunger needs of everyone going out to eat. And yet we do not demand a single-payer system for something as important as eating. Well, Americans don’t, but other counties have tried it under the guise of communism and the overall result was food shortages, persistent hunger, and a general lack of goods. But at least they did not have to stress over which necktie to wear.