Chocolate is Safe from Killer Robots 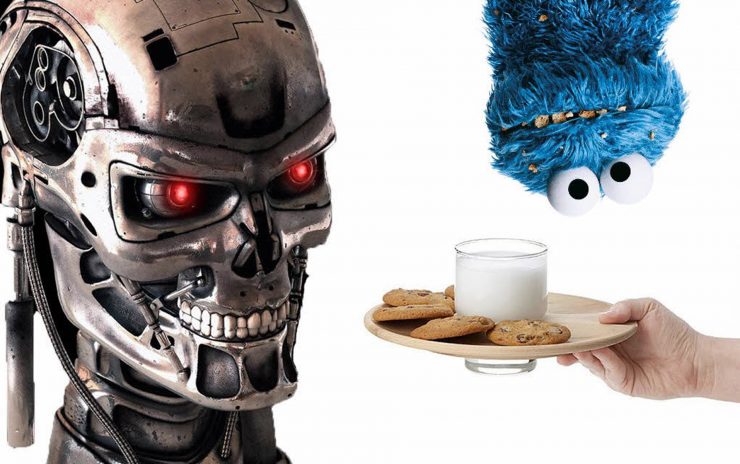 This article was originally published on The Well-Read Man, on January 3, 2018.

They’re welcome to take all the carob

A New Year’s Day headline in the UK’s Independent newspaper proclaimed, “Chocolate is on track to go extinct in 40 years.” That’s right cocoa lovers, your ability to curl up with a tub of Rocky Road or a bar of 72% cacao with just a hint of chili pepper will be gone in two generations. It says so right in the article.

But wait, it doesn’t. Not only does the text by Erin Brodwin fail to list evidence for chocolate’s demise, the idea of extinction—or even the word—never appears in the article beyond the opening statement, which warns that “Cacao plants are slated to disappear by as early as 2050 thanks to warmer temperatures and dryer weather conditions.”

The bulk of the article is actually quite informative, discussing how the Mars candy company is investing $1 billion to help deal with the impact that climate change could have on current cacao crops. The company is working with University of California scientists to find genetic ways to strengthen the plant. Short of such interventions, the long-term solution, as the text points out, is to “push today’s chocolate-growing regions more than 1,000 feet uphill into mountainous terrain,” or grow the crops in other regions currently too cold for the plants to thrive.

How did the headline get the theme so wrong? Perhaps it was a mistake by an overworked editor. But given how common such eye-catching headlines are on social media sites, and even on primary-source sites like the Independent, their presence is more likely a response to how the public now consumes news.

These days, news exists not simply to inform, but to call readers to action, whether that action is justified or not. It is clear from the article that chocolate is not in danger, even if the location of cacao croplands will need to change. There is no urgency in a story like that. But if the end of chocolate is drawing nigh, the time to act is now!

Consider another trend that will have a greater impact than the availability of chocolate: robots taking our jobs. A CNN article from last May warned that robots are coming to take cashier jobs, with the standard disclaimer that “these job losses will hit women particularly hard.”

Is the article correct? Will robots replace cashiers in upcoming years? Probably. But what the article fails to consider is the role that technology will play in bringing about new jobs to offset the losses, or the ingenuity of the human mind to invent new ways of being productive. The cacao article, or at least its headline, failed to take into account a change in situation, that croplands could be relocated. In the 1970s, a similar insistence that petroleum would soon be no more did not consider the roles of price and technology in finding new sources of fossil fuels.

Similarly, the hysteria over jobs lost to automation fails to consider how we have adjusted to dramatic advancements in technology before, and created entire new industries surrounding that technology. From mobile app development to electric car production, there are millions of new jobs that did not exist twenty years ago. And no matter how many robots you install in current job positions, there will be millions of new jobs two decades from now that we never dreamed of today.

By all means, enjoy a cup of cocoa before it disappears. But enjoy it in the knowledge that robots will not leave us all unemployed, but instead will assist us in enhancing of our beloved cacao crops.