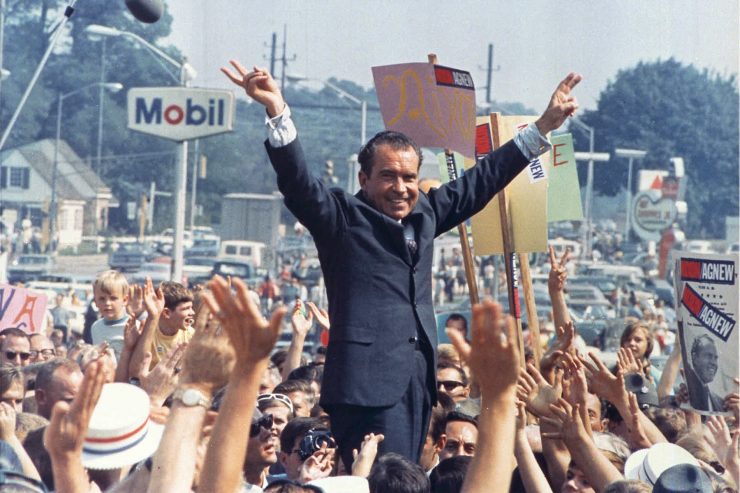 This article was originally published on The Well-Read Man, on January 30, 2018.

Part of the Optimal Conservatism Series

This article is part of a series on “Optimal Conservatism,” an attempt to define and understand the conservative political mindset in America. Click here to read other articles in the series.

Conservatism, like all other political philosophies, deals with how people interact within a society. If you want to maintain peace and civility among millions or even billions of people, you have to understand some core things about those people. And for conservatives, one of the most important things to know is that people are corruptible.

All humans are a mix of altruism and selfishness, with some, like malevolent dictators, leaning toward the evil side of the morality spectrum, and most others, like the proverbial “little old lady,” tending toward the good.

No matter how pure a person may be, there is always the potential for bad behavior. Even when people try to do what is right for themselves and for those they love, they may make choices that bring harm to others. Throw in incentives for greed and self-preservation, and most of us are ripe for corruption.

This corruption is closely tied to power and control, both over others and over ourselves. Consider the example of slavery. Masters beat their slaves as a demonstration of their control. But slavery in the American South was, at least in part, an admission that cotton farming before the advent of the cotton gin was a financially bad decision. The fear of financial ruin and starvation activated or augmented the temptation to succumb to corruption, in this case, the corruption of enslaving others.

Even for those of us who would never stoop to slavery, opportunities to give in to minor corruptions are all around. We all know this instinctively. None of us is surprised when we hear about a politician abusing power. And the recent revelations of sexual misconduct within Hollywood circles, while disturbing, are easy to believe. Most of us do not debase ourselves or others with that level of behavior, but we nonetheless understand that we all make selfish or hurtful choices.

For the conservative, this understanding of human frailty must be considered when organizing a society or its government. This is the main reason why the US Constitution separates governmental power into three sometimes-conflicting branches, and why the Bill of Rights declares that “the powers not delegated to the United States by the Constitution, nor prohibited by it to the States, are reserved to the States respectively, or to the people.”

This dilution of power across multiple levels of government and, more broadly, to the citizenry is a recognition that power, if left in its concentrated form, will lead to corruption, because people are naturally corruptible. The only way to ensure that such corruption does not happen, or at least has a minimal impact, is to prevent the full level of power from being accessed by any individual, group, or cause.

There is another view, a utopian view, which is increasingly common in America today, especially among those on the political left. In this perspective, humans are a tabula rasa, a blank slate upon birth, and it is the influences of society that push people toward altruism or selfishness. If only we could craft a proper society or provide appropriate education or take away the unfair advantages that allow some to assert power over others, a time of peace and prosperity would reign.

Such a view is errant because it posits that mankind is not corruptible, but only temporarily corrupted. It believes that the core of humanity is good, and was only corrupted by external factors, factors that can be controlled by well-crafted systems and wise leaders. But there is that word “control” again, which as we saw before is a foundation of corruptibility.

Every attempt to reconstitute national power within the hands of enlightened leaders or to make blanket calls for “bipartisan agreement” or “more efficient government” are anathema to the core principles of conservatives. Those on the right reject such utopian visions not because they are advocates of suffering or oppose regulations or want to be rich at the expense of the poor. Instead, it is based on the understanding that the corruption of concentrated power is far worse than the societal imperfections that make life difficult for some.