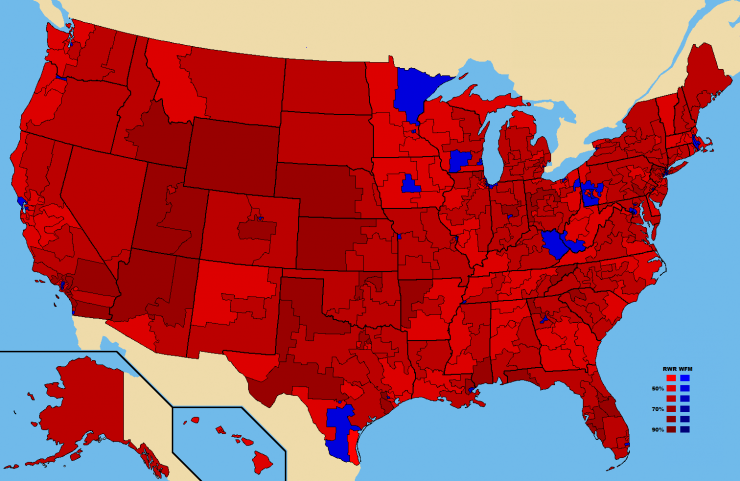 This article was originally published on The Well-Read Man, on January 17, 2018.

First in a new series

The political philosophy known as conservatism has taken a beating in recent decades. Although those on the right enjoyed national popularity back in the 1980s, the years since Ronald Reagan left office have been marked by ideological trauma. Conservatives were once viewed as the family-friendly block of the political spectrum, even by those who eschewed their positions. But the typical self-identifying conservative today cowers under never-ending accusations of being greedy, hateful, and even fascistic.

The election of Donald Trump in 2016 did not do conservatives any favors. His quasi-conservative actions have muddied the right-wing waters, and made the most heartened advocates of Republican causes unsure as to what they should do. Victor Davis Hanson, writing in the conservative torchbearer National Review this week, speaks openly of this conflict, wherein “Never Trump Republicans still struggle to square the circle of quietly agreeing so far with most of his policies, as they loudly insist that his record is already nullified by its supposedly odious author.” The article is surprising not only because of its generally positive analysis of Trump’s first year—he calls Trump “perhaps more Reaganesque than Reagan himself”—but because it appears in the very magazine that dedicated an entire campaign-season issue to arguing “Against Trump.”

One difficulty with the conservative moniker is that it has been applied so loosely. George W. Bush was hardly a traditional conservative. His “No Child Left Behind” plan and his financial industry bailouts were borderline LBJ behavior, at least as understood by those Republicans still smarting from the Clinton-era ouster of Newt Gingrich. And yet, compared to liberal Al Gore, Bush was clearly the conservative candidate.

Another confusion comes from the standard pairing of conservative thought with the Republican Party. Like the Democratic Party, the GOP is a “big tent” organization, encompassing a range of thought that sometimes generates conflict within the organization. Many libertarians, while represented by an independent national body, still affiliate themselves with the Republicans for the pragmatics of winning elections. They must share space in the GOP with the moderates, the Rockefeller Republicans who are easily mistaken for centrist Democrats. While there are many conservatives who call themselves Republican, the groups are not the same, a fact easily exploited by those who abhor both.

Complicating the matter further is the ability to split one’s positions among the hemispheres of fiscal and social policy. Someone who aggressively pushes for low taxes and other conservative monetary policies might still support progressive social causes, including gay marriage and environmental regulations. The reverse is also found in nature, where those holding very conservative social positions might be fine with the government invoking the fiscal power of John Maynard Keynes.

The true conservative position is not a clear point on the number line of political thought. Rather, it is a point on that line as viewed by someone in his fifties quickly losing the battle against presbyopia. You know there is a clear spot somewhere, yet all one sees is the blurry halo. But despite the lack of clarity, there is certainly value in establishing a vision of what conservatism entails, or should entail. Zealotry is always perilous, but reasonable people can still discuss and agree about how far the blurriness should extend from the ideal.

The current mishmash of so-called conservative thought has made it easy for those on the left to apply broad-brush straw-man arguments, condemning all conservatives for ideas held by a minority on the right, or by nobody at all. Most conservatives view themselves as compassionate, generally free of bias, willing to share with those in need, fascinated by other cultures, and open to reasonable compromise with those who disagree with them. Is it any surprise, then, that so many of them react with shock, and even anger, when they are labeled as bigots, corporatists, and Nazis?

Certainly, those on the right have some blind spots concerning their own deficiencies. But progressives who view their conservative counterparts as evil are equally blind. Human beings, it seems, love discord. Yet some of the separation may come from a lack of clarity in how one defines conservatism.

In upcoming articles, we will examine key conservative ideas and positions with the goal of identifying a healthy conservatism, one that I call Optimal Conservatism. As we progress through these ideas, we will discover the core principles that best clarify what so many ordinary conservatives believe, principles that are worthy of admiration, not condemnation. This will not be an easy road since the target is jumping around. But if at the end we find understanding, the meandering trip will be well worth it.