The Aggravation of Complicated Truths 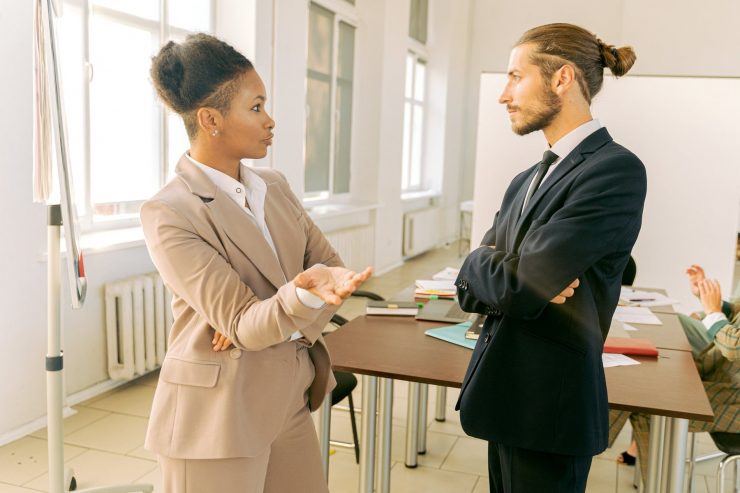 This article was originally published on The Well-Read Man, on February 21, 2018.

What causes ordinary, caring people to use outright lies and deception to promote their political views? We naturally expect such behavior from our politicians or corrupt business leaders. But the act of using falsehoods and embellishment to persuade others is now the domain of the common man. How did this happen?

Let’s try to understand the issue by examining one of the most enduring fibs of our modern American experience: the gender wage gap. The standard narrative is that women earn about 79 cents for every dollar earned by a man. Fortunately, the comparison is completely false, with American women actually earning on average about 95 percent of what men make, given equivalent work situations. Not perfect, but not 79 percent. And yet the false value persists. Why do so many Americans cling to open error?

Meet Frank, a 19-year-old community college student living in Seattle. He dreams of becoming a computer engineer, designing the next breakthrough Internet of Things device. But for now, he studies English and calculus by day, and delivers pizza five nights each week in his seven-year-old Hyundai. His schedule allows for 35 weekly work hours, and thanks to minimum wage mandates in Seattle, he earns a sweet $15.45 per hour. Drivers also collect tips, amounting to hundreds of dollars per week. All told, Frank has an annual income of around $40,000, before taxes. It is not an amazing salary, but since his parents pay for his tuition and basic college expenses, it provides plenty of money for his favorite hobby: skiing.

Meet Jenny, another Seattle resident, age 59. She won last November’s mayoral election, a change in jobs that brought with it a city-mandated hourly wage of $93.48. That equates to about $195,000 per year if you assume 40 hours per week, which is laughable given her packed schedule and the high-pressure environment. A corporate lawyer before the election, Jenny has an estimated net worth of $5.75 million, and she recently sold a home in north Seattle for $4.3 million.

Is it fair that Frank only makes about 21 cents for every dollar earned by Jenny? Some hardcore communists would decry the disparity, but most Americans understand that an entry level pizza driver just starting out in the work force is going to earn much less than the mayor of one of America’s most progressive and active cities.

This example is obviously contrived. Salary comparisons between a career politician and an entry-level college student are clearly biased because they don’t match up identical things. But if you accept the standard narrative that women in the United States make around 79 cents for every dollar earned by a man, you have fallen prey to precisely this type of false comparison.

The advertised wage gap is calculated by adding up all salaries from all working men in the United States—mayors, pizza drivers, and everyone else, regardless of age, experience, or job title—and then comparing that total to the salaries of all working women in America, using that same broad-brush approach. As a comparison of income disparity, it is completely meaningless, just as meaningless as the Frank-Jenny comparison above, since it makes no allowances for type of job, education requirements, personal ambition, age, and other factors that influence salaries for noncontroversial reasons.

Despite the obvious emptiness of this wage-gap comparison, it continues to be accepted as gospel truth, and by people who should know better. Hillary Clinton used it as one of her major campaign planks during the 2016 election. An article in The New York Times during that timeframe discussed some of the assumptions that make the 79-cent calculation inaccurate, yet still used that same tortured math to visualize a “wage gap that women can’t escape at the bottom or the top of the pay scales.” Obviously, Jenny in Seattle was able to escape, but when you are only willing to look at salaries in the blandest aggregation possible, it comes as no surprise that you cannot get the right numbers.

What causes otherwise intelligent people to accept something so patently false? Or worse, what prompts them to spread the lie, even after they have been convinced that it is just a trick of statistics? One possible reason is nefarious intent. Some believe that this lie stems from leftists using whatever means possible to impose their failed worldview. It is a comforting perspective for those on the right, but as an explanation, it is no more useful than the wage-gap number, since it is based on false data. And I am not cynical enough to think my Democratic friends have such malice in their hearts.

Perhaps it is caused by ignorance, or by the influence of propaganda. That could explain some of the acceptance, but it is a difficult sell when articles by major news sources, including those on the political left, admit that “the gap is often much smaller if you compare like to like.”

There is another reason, beyond malice and ignorance, why people accept falsehoods: the truth is just too hard to process or accept. This, it seems, is what is happening here. If the wage gap is only an outcome of poor statistical analysis, then you need to do the right analysis, bringing in the myriad reasons that researchers claim as the causes for the gap. And there are a lot of reasons, ranging from work choice differences between the genders to the regional variations in job opportunities and wages across the country. Women work part-time jobs at twice the rate of men, and for those working full-time, they spend fewer hours per day on the job than men.

These adjustments are just the tip of the wage-gap calculation iceberg. Even researchers who agree on the general principles of how you assess the wage gap disagree on the results due to the complexity of the data and associated human interactions. My head hurts just thinking about how one might analyze hundreds of millions of salaries across millions of businesses in hundreds of industries. In short, the problem is hard, really hard. It is no wonder, then, that the average person is attracted to a simpler one-cause explanation for the gap.

Few people are ready to admit that they cannot understand something as seemingly obvious as salary differences between men and women. And so, they glom on to something they can understand: discrimination. It is an easy catch-all answer that seems to address so many problems. But truth is seldom easy to comprehend or accept.