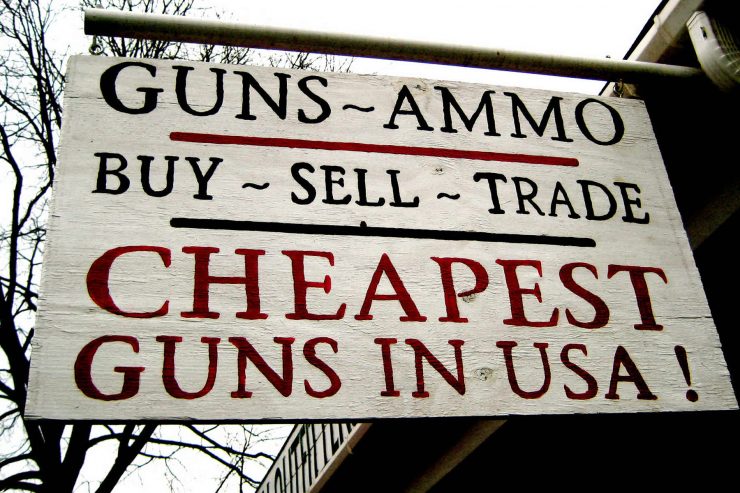 This article was originally published on The Well-Read Man, on March 13, 2018.

The Second Amendment in a Time of Suffering

The recent school shooting in Parkland, Florida, once again raises that pesky question: Why are conservatives so gaga about firearms? In the days following the gruesome attack, many news outlets and commentators reminded the public that this was not the first school shooting during 2018 and that gun violence claims more than 33,000 Americans annually. In light of these numbers, how can anyone, especially “pro-life” conservatives, support gun ownership?

It is a fair question, although the numbers alone tell only part of the story. For example, that 33,000 number is made up primarily of suicides (about two-thirds), which makes “gun violence” a loaded term, no pun intended. But that still leaves around 12,000 homicides per year committed with guns. There are almost a dozen countries with higher per-capita gun-death statistics, no small feat given the easy availability of weapons in the US. But all those intentional gun deaths are still concerning.

The Second Amendment to the US Constitution lays out the general expectation for firearms: “A well-regulated Militia, being necessary to the security of a free State, the right of the people to keep and bear Arms, shall not be infringed.” Various groups battle over what the founders meant by Militia and Arms, and whether the standard in effect 250 years ago should guide us today. Whatever the outcome of these arguments, the reality is that the firearms experience of the typical American today is quite different from those in the colonial era. Few people today need to hunt for their nutritional needs, or chase wild animals off their properties, or warn away British Redcoats.

Because of my own natural unease with guns, some of the arguments made by opponents of the National Rifle Association (NRA) resonate with me. They say things like, “It’s OK for people to have guns for hunting or self-defense, but there’s no reason for anyone to have an arsenal.” Throw in the ability to pump ammunition through these weapons at a high rate, and the need for such access seems untenable.

Yet it is not appropriate to establish a national gun policy based on my feelings, or even on the feelings of members of Congress. The right to bear arms is part of the Constitution, the foundation of our laws. It is good that we debate the specifics of the Second Amendment, but we must first understand clearly why those who crafted the Bill of Rights cared about guns.

The reason we have a right to arms is not for hunting or basic self-defense, but to prevent tyranny, especially government-imposed tyranny. Such a statement sounds like something a crackpot patriot cult member might say. And yet, there is no getting around the founders’ intent. They had just fought a war against a tyrannical king, and they did not want to do it again.

This protective right against tyranny stems from our natural rights, which we received, according to the Declaration of Independence, directly from the Creator. William Blackstone, the great British jurist whose writings helped form America’s own laws, said that our individual rights cover both the “rights of persons” and the “rights of things,” both of which would be ours even if a government did not exist. But governments do exist, primarily “to protect individuals in the enjoyment of those absolute rights.”

When people join together in society under a government, they “give up part of [their] natural liberty,” but they do not lose the rights, which are absolute. The founders took seriously these core rights, and understood that the protective powers they provide ultimately belong to the people, not their government. Thomas Jefferson warned that “whenever any Form of Government becomes destructive of these ends [of securing rights], it is the Right of the People to alter or to abolish it, and to institute new Government.” They should not do this for “light and transient causes,” but if there ever comes a point when the government no longer protects rights or goes so far as to violate those rights, the people are authorized and empowered to impose their will on the government.

As I said earlier, this all sounds like the musings of a crackpot. But these ideas were found everywhere within the publications of that era, especially in the writings of members of Congress. The peace and prosperity of the United States today make tyranny seem unlikely, if not impossible. But tyrants appear with maddening regularly throughout history. Conservatives—and a fair number of liberals—embrace the Second Amendment not because they are indifferent to the cries of children, but because tyrants must be opposed. America, as a nation, has secured our rights for hundreds of years. But the authority and responsibility to guard against tyranny ultimately rests with a nation’s citizens, not its governmental officers.