This Weekend’s “March for Our Lives” Event Won’t Change Anything, and Here’s Why 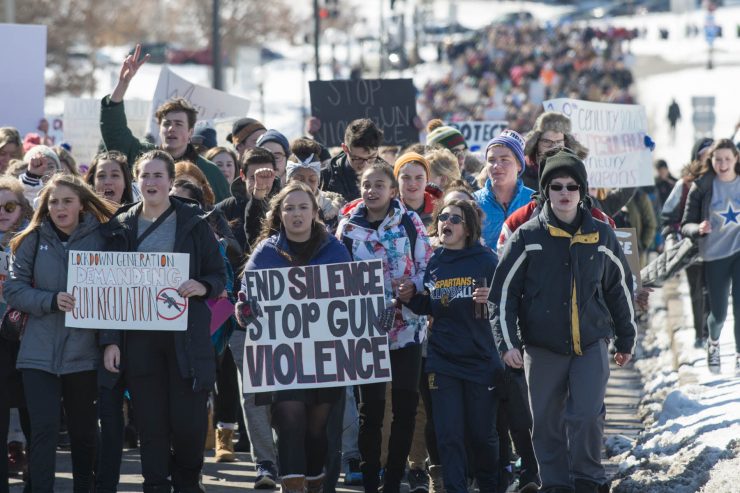 This article was originally published on The Well-Read Man, on March 27, 2018.

The pen is mightier than the sword, but who uses pens anymore?

This past weekend, hundreds of thousands of youths descended on Washington, DC, to demand changes in gun control legislation across the nation. The event grew in response to the Parkland, Florida, mass shooting that occurred more than a month earlier. Some of the speeches, including those by Parkland survivors, were moving and emotional, but they will not lead to any true gun-law changes in America.

Change at a societal level is often elusive. Even for individuals, change is difficult, as anyone who has made a New Year’s promise to eat better or exercise more knows full well. Throughout history, there have been three primary ways that changes have come to societies. As with personal change, these attempts have been a mixed bag. Yet nations and cultures still make the attempt, with a vision toward a better future.

The first type of societal change is an organic one, where you simply let the change occur naturally. The transition from nomadic hunter-gatherer tribes to fixed agricultural clans was likely an organic process. Such changes can take centuries or longer, and lack any type of intentionality. Even when successful, they are always in danger of sudden diversion or termination. Organic change takes luck, and cannot be relied upon to ensure improvement within a culture.

A second kind of societal change is one that embraces force, bringing about a transformation through mandatory demands on the culture, or on the people within that culture. Such changes are common, though not without risks, especially to the lives of those who oppose the change. Military force by charismatic leaders or commanders, attacks on government by angry mobs, and strikes by unionized workers are some common ways that force has been used to change the status quo within a nation.

Despite the collateral damage that force brings, it has been a more successful means of introducing intentional change into a society than purely organic methods. Wars alter national borders. Kings and presidents acquiesce, or even lose their heads, when the people rise up. Managers come back to the bargaining table when the workers threaten unrest.

The change that comes through force is very real, but it is often temporary. That is because those who are the recipients—or victims—of that change silently reject the principles that led to the change. When the threat of force dissipates, or the people have had enough bullying, they go back to their old ways.

Change by force is exactly what was on display at the March for Our Lives event. The messages from celebrities and students alike included a mix of Puritanical shaming and generic taunts that “enough is enough.” David Hogg, a survivor of the Parkland shooting and advocate of gun-law changes, called on those present to turn out politicians who “allow the continued slaughter of our children and our future.” He finished his speech with a war cry: “We will not stop until every man, every woman, every child, and every American can live without fear of gun violence.” The message to members of Congress was clear: Do what we want, or we will replace you. I admire the gumption. But as a means of transforming society, it carries no more weight than the school bully who demands lunch money from other kids. Once the bullying or rabble-rousing ends, so does the change.

There is a third type of change, one that is perhaps not as widespread or as successful as force-based transitions, but that nonetheless has the advantage of longevity. This type of change is based on the promulgation of ideas within the culture. As citizens embrace new ideas, they impose changes on their own, peacefully, and in ways that cement the change, not only in the current generation, but in their offspring as well. If you want to bring about change that has the best chance for a positive, long-term impact on a society, this is the way to go.

The March for Our Lives event offered plenty of emotion and anguish, lots of finger waging toward the NRA, and numerous calls for better gun control laws, many identical to those demanded in the 1980s. Well-crafted, intellectual challenges to the Enlightenment philosophy embodied in the Second Amendment were not included among the heartfelt speeches this past weekend.

Partly, this is due to the audience. It is hard to get that many kids to debate the finer points of seventeenth century thought when they would rather be playing Call of Duty or Grand Theft Auto. But mostly this intellectual lack stems from this hard truth: It is a lot of work to change a culture through better ideas, especially if you can’t articulate those ideas. It is much easier to fall back on Plan B: force.