Your Mask Is In My Face! 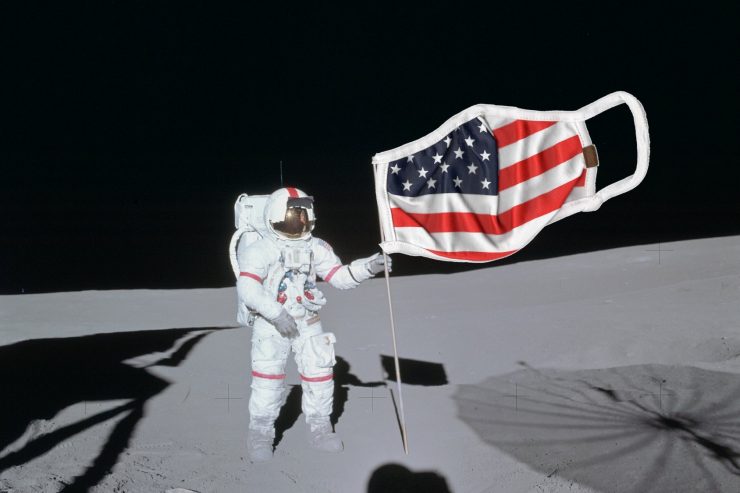 The other day, I had a fight about wearing masks with someone on Facebook. I know what you’re thinking: “Two people can’t wear the same mask simultaneously, especially over Facebook.” And yet, here we were, two grown adults with a low number of medical degrees between us having it out over whether the general public should wear face masks. Like bank robbers, or skiers, or surgeons who rob banks and do cross-country skiing on the weekends.

One of us stood on the side of truth, drenched in liberty, advocating for an America as the founders intended it. The other guy said we shouldn’t wear masks. I think he also said we should drown puppies, but I might be mixing up my Facebook friends.

Of course, he had reasons for rejecting the use of face masks to protect against COVID-19, which I summarize here just to make things fair.

While there is something to be said about exercising reasonable caution when engaging in any healthcare-related activity, my friend seemed overly concerned about the government’s designs. He’s a nice enough bloke, not normally prone to hysteria. Therefore, I knew I could approach him in an atmosphere of brotherly love and open discussion.

“Hey dummy,” began my reasoned argument, “what’s the deal-e-o with you and masks?” I have that flair for language that gets right to the heart of a shared concern.

Imagine my shock when he rebuffed my cause. It turns out some people can’t handle confrontation, but I was able to get out of bed and return to my day job after a week or so. Still, I wondered what went wrong.

On a second glance at his post, I realized his comments touched on three topics germane to many societal quandaries: education, safety, and rights. Plus, the accompanying graphic had a nice selection of colors.

I wasn’t too worried about the civic-minded instructional gaps that led to incorrect masks use. Some people never learn. At least that’s what my family, my friends, my doctor, my neighbors, and random strangers keep telling me on a daily basis. Still, if Americans were able to fake a moon landing way back in the 1960s, we can certainly educate ourselves in how to select and wear masks.

I also didn’t give too much credence to his healthcare point. No doubt there are people who should not don a mask. But most of them are in cribs and rest homes, and don’t get out in public that much. So that one’s a no-go.

His allusions to rights, however, had legs that went all the way to the floor. Rights are a big deal in America. It’s even on our money, next to the image of…oh wait, it’s not there. But it should be, because rights are up there with capitalism in the USA psyche.

John Locke wrote some of the most memorable things about rights, and a few of them found their way into America’s Declaration of Independence. Even members of Congress have heard of that life, liberty, and pursuit of happiness stuff.

We all have rights, and they are “unalienable,” meaning, “not capable of being taken away.” Like a body part. I mean, you can take body parts away, but I used to be able to count on two hands the number of times that happens to ordinary people.

This is the gist of my friend’s mask hate speech: I have unalienable rights, and the government can’t force me to do something it isn’t empowered to do. Good stuff, with just the right amount “Shut up, King George” attitude that Americans are famous for.

However, that Locke guy also said, “though this be a state of liberty, yet it is not a state of license.” Rights are unalienable, but not absolute. They stop being rights at the point at which you beat someone over the head with them. Plus, there’s that clause in the Constitution about not sneezing on other people.

I get that demasking is some sort of macho rights power play, and that’s fine. But even if you don’t think the government should make you wear a seatbelt, you can wear one anyway. You could even claim you came up with the idea. Lying falls under the liberty part of rights.

Go ahead and advocate up for your rights. Just don’t stick your runny nose in my business. Better yet, stick it in a mask when you’re around me, for America’s sake, since she seems to have a fever right now.