Back to School, Or Else 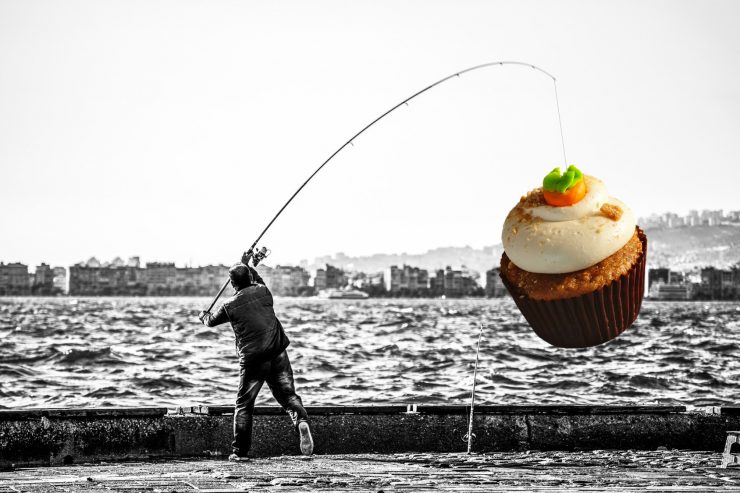 When I was a kid, my parents made me go to school—get this—five days per week. Each morning, they would say, “Tim, it’s time to get ready for school,” and each time I would stare back at them blankly, since I hadn’t learned how to diagram sentences yet. Still, they were strangely compelling. Monday through Friday, I made the trek to the school campus, read my Sally, Dick, and Jane, and hours later returned back home, uphill both ways, in the snow.

What I mean to say is that I’m somewhat of an expert on educationy things. That’s why my interest was piqued when I heard President Trump demand that students return to school this fall. My first thought was, “Why do people say ‘fall’ instead of ‘autumn’?” But my second thought was, “Why be a bully when bribery works just as well?” At least, that’s been the practice in our education system thus far.

I learned this from trout fishing. Each year, my family would hook the boat trailer up to our truck, grab a can of mosquito attractant, and begin the long trip to Dad’s favorite fishing hole. Given that “gutting fish” was touted as a benefit, it’s crazy that I acquiesced each time. But my parents knew my weakness: hot chocolate and a slice of pie from a diner halfway to the lake.

That’s when I first understood that if you have to do something loathsome, at least insist on dessert. But I heard no mention of treats from Trump. Instead, there were nebulous comments about “for the children” and “fake book reports.”

It seems strange that the president could tell any random Garfield High School principal or Emily Dickinson Elementary School teacher that they need to force kids back into the classrooms, especially with the COVID-19 pandemic still a nail-biter on every evening newscast. Unlike the cavalier attitude of my own parents, who never met a grizzly-infested campground they didn’t like, the current crop of mommies and daddies have been begging their children of late, “Don’t go to school! You’ll die!” It would take some pretty good pie to overcome that level of resistance.

It turns out, there is pie, in the form of federal grants to school districts. Consider the 2019 budget summary for the US Department of Education. It’s a bit over sixty pages long, and when you read it, one thing comes through loud and clear: this is a summary document, and it’s sixty pages long! The main federal grant to primary and secondary institutions amounts to nearly $15.5 billion, and that’s just one of dozens of programs. Dozens and billions are math words. I learned that in school, too.

That basic distribution alone would allow every schoolchild in America to buy almost three dozen slices of Reese’s® Peanut Butter Chocolate Cake Cheesecake from The Cheesecake Factory. Oh, don’t make that face. You know you want it. The feds didn’t always dangle donuts in front of the kids. When I started out in school, if you didn’t bring a lunch, you had to mooch off of the girl you liked. Nationalized school lunches began in the Truman era, but the roll-out to schools took time. It would be decades before my local district would force us to line up and eat Salisbury steak and green beans.

The 1946 National School Lunch Act provided partial funding for such foodstuffs. In theory, the government couldn’t “impose any requirement with respect to teaching personnel, curriculum, instruction, methods of instruction, and materials of instruction in any school.” That these things were listed out is telling, and naturally the requirements expanded over time, including the demand just twenty years later that any school accepting federal school lunch funds institute a “wellness program” for students. While the details are sketchy, I expect it included a camping and fishing mandate.

The point is that the President of the United States, through the powers granted to the relevant cabinet secretary, has the authority to make some demands on local schools. It’s debatable whether he can force schools open during an epidemic, but if schools are not in session, how could the Secretary of Education ensure that a sufficient number of fish have been gutted before distributing school lunch funds?

Were state officials and school administrators stupid to bind their districts to federally directed programs and budgets? Yes, they were stupid, at least if their goal was to have the ultimate say-so over their classrooms. Many superintendents and legislators are now standing up to the president, but it could put funding at risk. You would think that people dedicated to thinking and learning would have understood the link between money and being bossy. But what do I know? I was brought up in public schools.

If districts want to be truly free from the whims of whoever clawed their way into the Oval Office, I see two options. They can either choose the path of self-reliance and begin the disentanglement process between their school districts and the Department of Education, or they can ask for hot chocolate with their pie.