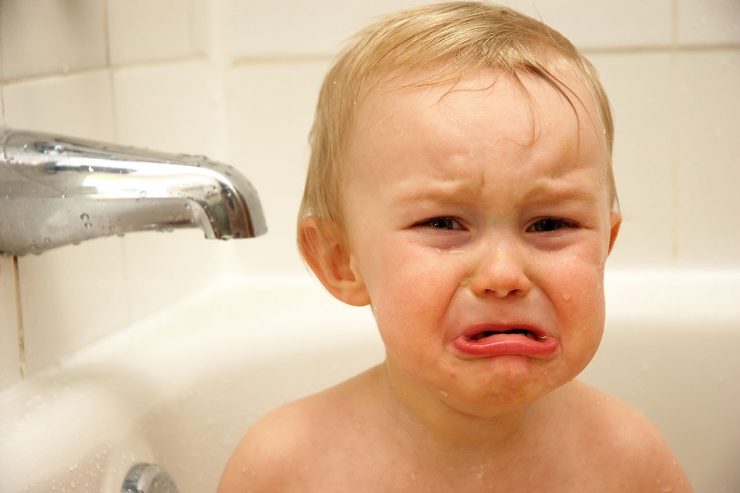 If you think back beyond the pandemic, beyond the riots over police tactics, beyond the lockdowns and the resulting unemployment and business failures—I’m talking way back, like weeks—we used to worry about something called “climate change.” For my younger readers who might not remember such ancient history, the fear was that human activity was causing the global temperature to rise, which would lead to melting glaciers and ice caps, eventually causing widespread flooding of coastal communities and essential iPhone factories.

It’s a scary prospect, especially if you live in one of the projected impact areas. We’ve had plenty of warnings going back decades, some of them quite dire. One member of Congress, New York representative Alexandria Ocasio-Cortez, was quoted as saying in this verbatim transcript, “The world will be destroyed in twelve years! Grab your children! Run to the hills! Flee!”

It’s not just the politicians who have been sounding the alarm. Scientists make a lot of noise too, and with better equipment. Check out “When Rising Seas Hit Home,” a terrifying analysis of flood risks, courtesy of the Union of Concerned Scientists. I mean, the analysis is from the UCS, not the floods. If the visuals don’t paralyze you with fear, read this accompanying article by National Geographic.

The interactive maps on the UCS site show the North American impact triggered by moderate to extreme ocean rise over the next eighty years. If you live in one of the cities along America’s eastern seaboard, you can pinpoint exactly how quickly your community, your neighbors, and your own home will be destroyed by literal wave after wave of angry waters. As the site says, “Many communities have 20 years or less to prepare before rising seas begin to regularly impact homes, neighborhoods, and families. Grab your children! Run to the hills! Flee!”

Despite the urgency, the concerned scientists were kind enough to include a bubbly list of caveats: “The projections herein…are limited by a range of factors, including but not limited to the quality of the underlying data, the resolution of coastal elevation models, the potential installment of defensive measures not captured by those models, and uncertainty around the future pace of sea level rise.” They forgot to mention the number of Dutch boys with their fingers stuck in dike walls.

Given this level of caution about the quality of the analysis, it’s a wonder that anybody is scared out of their wits. I’m not trying to poo-poo the research or its obvious apocalyptic consequences. I would probably look quite fetching standing on a street corner, donning one of those “The End is Nigh” sandwich boards. Rather, the issue is with hysteria, the intelligence-free emotional reaction to having world-ending scenarios proclaimed year after year.

Keep in mind that this isn’t mankind’s first flirtation with eminent doom, whether from natural causes or the avarice of tyrants. Nor has the earth been spared its own calamities. Just ask the dinosaurs. Ha! Tricked you. You can’t ask them, because they don’t speak English. Disasters happen; they always have. You may say I’m being callous, which frankly is a heartless thing for you to say. It’s not that I’m indifferent to the suffering. I’m all for ameliorating the sometimes-deplorable conditions of humanity and the environment. But I categorically reject the hysteria that is expected anytime someone mentions global warming, or clowns.

One key reason I reject hysteria is because of a simple phrase typically omitted from the thousands of publications and speeches and prophecies that point to our demise: “If Nothing Changes.” The underlying assumption found in these fearful missives is that humans are docile, mindless automatons who, like Mickey Mouse’s water-porting brooms in Fantasia or me standing before a box of Old Fashioned donuts, are incapable of changing course or coming up with ingenious approaches to life’s problems.

Far from being docile, humans are the most active and inventive creatures on the planet. From the wheel to vaccines, from waterproof matches to the rerouting of major rivers, humans have brought technology to bear when faced with intractable problems, or have changed their situations to take perils into account. When an immovable rock meets an irresistible force, the force wins, if that force is us.

The current pandemic is a perfect example. In light of the danger to life and health, the people of the world didn’t just lie down on their cots and wait to die. Rather, they acted, sometimes individually, sometimes communally. America, with its cowboy spirit, isn’t doing so well when it comes to personal protection, but its research and medical communities are running full speed. Other nations with varied cultural and geographic advantages have met the pandemic challenge through widespread behavioral changes. Through the combined forces of masks and vaccines, we will deal with this plight. And not just this ugly COVID-19 fiasco, but climate change as well.

I’m sure these global-warming articles are well-meaning. Who will come running if nobody clangs the bell? Prudent, informed caution is certainly warranted. But what we have now is blind hysteria. Just like the kid having a tantrum in the corner of the room, at some point it just becomes annoying, or cute.

Do I worry about climate change? Sure. I expect things to be stormier and wetter and more expensive for the foreseeable future. But with all of that going on, why would I want to add yelling and screaming to the mix?