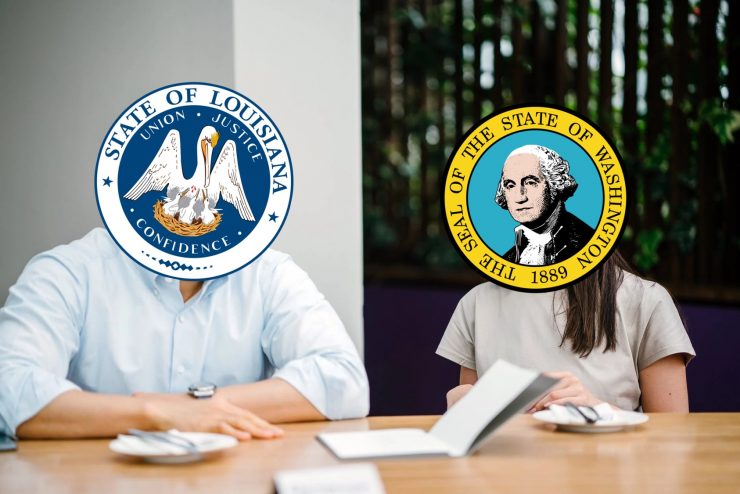 When something bad happens, such as a school shooting, or the shocking death of someone in police custody, or a tweet being sent out by the President, some politician will get on a podcast or interview show and insist that “we need to have a national conversation” about the grievous wrong that has been done. Of course, that would be difficult now, given that in many jurisdictions dealing with the Coronavirus, gatherings are limited to far less than the 300-plus million that would be required for an accurate national confab. But even during times of open access, such an event is fraught with logistical complications.

I’m starting to doubt that our leaders are actually serious about shuttling everyone in the country to Madison Square Garden and passing a microphone around. And yet the expression doesn’t seem to die. In just the last few months, I have heard officials and other commentators pining for nationwide exchanges on healthcare, race relations, policing, the Electoral College, the divide between rich and poor, the role of the Post Office, the power of large technology companies, and whether teachers should be designated as “essential Zoom hosts.”

Given that calls for a national conversation over the portion of background music allocated to Simon and Garfunkel are bound to happen sooner or later, we should probably have some sort of broad, open, pan-national, interstate chat over what the term even means. The most obvious starting point would be to ensure that all Americans can take advantage of their free-speech rights and share their thoughts and grievances with others, perhaps through an instant, easily accessible, open system sponsored by Mark Zuckerberg. Of course, we have that now, to the point where Congress is holding hearings where they claim to know how to use Facebook.

In fact, what we have now is better. There has never been a time in American history where so many citizens could make their views known through as many mediums, with as broad a reach, and at the speed of light, complete with images of an old, bearded guy saying that he doesn’t always join in national conversations, but when he does, he starts with, “You’re probably wondering why I called you all here today.”

Popular social media sites like Twitter, Facebook, Instagram, and YouTube are just the beginning. Motivated citizens can start a podcast, a blog, or a streaming service with thousands of titles. These aren’t the old days where you had to pen a letter to the editor, or mimeograph 100 copies of your newsletter and leave them on the counter at the local diner. With a keyboard and some communication chops, even the most awkward middle-aged man living in his mother’s basement can reach millions, often for free.

Maybe calls for a national tête-à-tête refer instead to Congress, where the sovereign people send elected representatives to a legislative body to discuss issues of local and federal concern, ultimately crafting laws that convey the will of the people. This was the system envisioned by America’s founders, who opted for a republic instead of pure democracy when crafting the Constitution. But a bicameral legislature filled with officials of diverse opinions is something we already have, and its members routinely argue the many facets of gun ownership and policing guidelines.

Now we come to the part of the article where I tell you what I think. It is this braggadocio that gets to the heart of why people toss around the phrase “national conversation” like it was vials of Hydroxychloroquine at a Trump rally. It’s all about what I think concerning the controversy of the day. The goal of calling for a national dialog is to reach unity on some thorny issue, and the goal of reaching unity is to have everyone agree with me—that is, with the person calling for nationwide discussion.

We already live in a nation where people can and do invoke every possible perspective on every policy concern, both directly and through their Representatives and Senators. Given this reality, calls for a national conversation must mean something else. I think the purpose is to guilt the public into abandoning their diverse opinions and instead adopt the supposedly enlightened view of the speaker. If you don’t agree with me on this, I believe that Madison Square Garden is available to rent.