Trust Me, I’m Your Friend 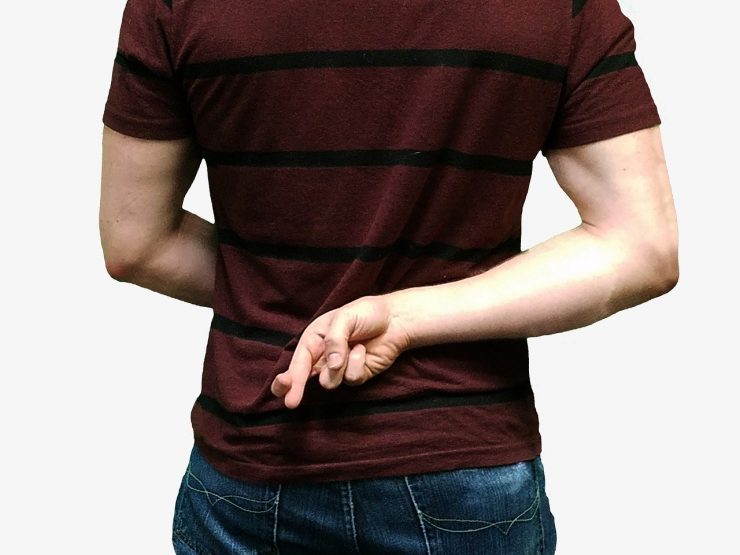 A few weeks ago, when I was having lunch with Taylor Swift and Ichiro Suzuki, Joe Biden dipped his head into the conversation and asked me how I continue to be such a snappy dresser and still sport all of my original flowing locks despite being, what, in my early- to mid-thirties? I laughed out loud. “It’s the company I keep, Joe!” Taylor laughed, too. Ichiro wasn’t amused, and simply tugged at his shirt sleeve.

You don’t believe me. You probably think my mendacity has reached new limits. Stuff and nonsense, rot and bosh. I can see why you might say that, given the whoppers that some in my circle of acquaintances tell on social media. Birds of a feather and all that.

It’s not just white lies, either. Some people whom I’ve known for years to be pure in heart will post the most outrageous claims, often in mixed company. I assume the temptation to tamper with the truth has innocent beginnings. Perhaps you like chocolate-chip cookies. “Hey friends, check out this picture of cookies,” goes your initial foray. Honest. Direct. Tasty.

But then you notice that snickerdoodles are trending on Twitter. This means war! Your next post ramps up the passion and adds a heaping helping of rigamarole: “Facebook banned this image of my favorite cookies!!! Who’s brave enough to share this post?!?!?!” Before you know it, you’re knocking over convenience stores.

The falsehoods aren’t limited to high-calorie desserts. These days, the prevarication extends to really important stuff, like national elections and global healthcare concerns. I’ll pick an example, which I assure you I selected completely at random: the current COVID-19 pandemic. As I write this, it is infecting countless living, breathing (for now) humans across the globe, and putting millions in the grave. It’s been on the news.

“It’s a fake virus!” you scream. Well, not you specifically, but people I know and care about. Not my mean friends either, but kind-hearted, religious folks. People who otherwise would go out of their way to care for a stranger or rescue a puppy have transformed right before my eyes. Now, instead of doing no harm, they encourage everyone to doff their masks, run into their nearest Trader Joe’s, and scream until spittle fills the air, throwing a tantrum about how their rights are being trampled by evil governors, and how miracle cures that work 100 percent of the time are being withheld so that we all die.

I’ve tried to give them the benefit of the doubt, assuming that they got some bad intel, or wrote down one word wrong that changed the entire meaning, like a worldwide game of telephone. But even when they have been offered updated or accurate details that would correct the unfortunate error, nothing changes. Well, one thing changes: those who suggest that accuracy and honesty are essential tools for solving problems are now co-conspirators.

I’m told that this tactic of employing poppycock reaches even to the highest levels of government. The idea that politicians would lie to me shocks the senses. While there are official means of dealing with wayward officials, the voting booth doesn’t work on friends. And we have all seen what happens when you choose the rioting-in-the-streets option.

For me, I’ve decided that the best action is to keep on loving and respecting those who are close to me, as has been my wont, and not get so uptight about their occasional blunders. We all make mistakes from time to time. I paid money to see the 2015 remake of Point Break in a theater, so none of us are innocent.

Still, there’s the question of why they hold so tightly to blatant fibs. Perhaps the stubborn factionalism endemic to human nature, when combined with the ease, safety, and entitlement that accompanies affluence and technological advancement, triggers normal people to sacrifice moral standards for the sake of some idealistic greater good.

The more likely cause, however, is the potent witch’s brew of contrails pumped out of the Bilderberger’s secret black helicopters plus the fluoride that the New World Order has been dumping into our water supplies, allowing the secret hand behind world events to make us believe anything we are told. Wake up, people!