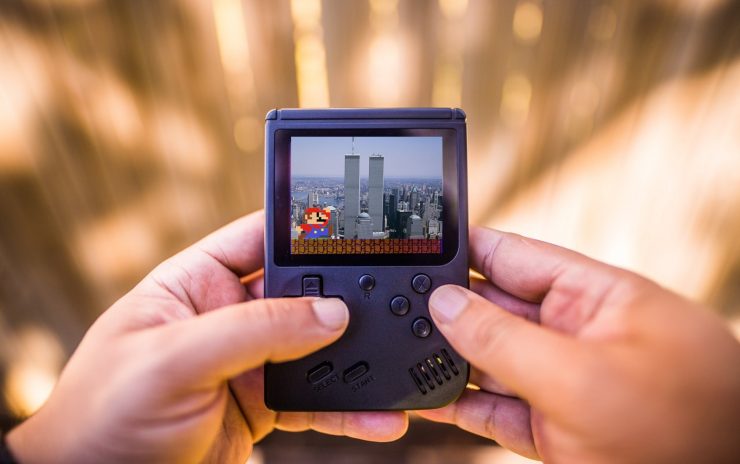 As a child of the seventies, my older relatives assured me that they remembered exactly what they were doing when news of President Kennedy being shot arrived. The event was still fairly recent, just a decade or so earlier, and Walter Cronkite was no slouch when it came to delivering sober, memorable news. Yet some of my relatives were really old, old enough to have gone through multiple presidential murders. Why didn’t any of them ever mention the assassinations of Garfield or McKinley?

My generation, of course, had its own JFK moment in the events of September 11, 2001. For weeks after the Twin Towers fell, the nation wandered around in a daze. Republicans and Democrats, believers and atheists, young and old; we all joined hands, sang “God Bless America,” and vowed that we would never forget.

We will forget. Some of us have already.

It’s not that 9/11 wasn’t memorable. The image of jumbo jets reducing two of the most iconic buildings in the world to rubble is seared into my mind. That event also had social, financial, and security impacts that we continue to deal with today, nearly twenty years later.

But for nearly all of us who witnessed it, September 11 no longer carries the emotional gravitas it once did. For those born this century, the memories come secondhand, if at all. One of the key moments in our lifetimes has already started to dissipate.

This isn’t surprising. No event, regardless of how dramatic it is, has the emotional sticking power to overcome generational drag. I’m told to Remember the Alamo, but I don’t. The Civil War, a conflict that literally ripped a young America in two, was for me little more than a homework assignment. Even in Japan, which just held somber memorials for the nuclear destruction of Hiroshima and Nagasaki seventy-five years ago that killed between 150,000 and 220,000 individuals, when people mention ano hi, “that day,” they are more likely referring to the earthquake and tsunami that occurred on March 11, 2011.

Some may blame modern technology and its distractions for our tenuous hold on these key events, but the problem goes back millennia. In the Old Testament account of the Exodus, God rescues his people from slavery using ten devastating plagues, a pillar of fire, and the parting of the Red Sea. Whether you accept the historicity of the story or not, the ancient narrative confirms our modern difficulty with remembering powerful events. When the Israelites entered the Promised Land just forty years later, the miracles that had made that journey possible were mere anecdotes to those that remained.

These moments didn’t stay with us, not because they weren’t important, but because we based our memories on the wrong things. For those who went through the world wars of the twentieth century, or even through local events like floods or riots, the experiences were visceral and emotional. But the passion and pain of an event are simply not enough to keep it alive. Emotions fade and can’t be transmitted easily to the next generation. Time does, in fact, heal all wounds.

If we want a memory to endure, we have to understand what the event means, not just for us, but for all generations, and pass on to our children the key ideas that go beyond momentary experience. As Moses warned the offspring of those rescued from bondage in Egypt, “Watch yourselves closely so that you do not forget the things your eyes have seen or let them fade from your heart as long as you live. Teach them to your children and to their children after them.” (Deuteronomy 4:9)

Unfortunately, for some of the most important experiences of American history, we have failed to transmit their meanings to successive generations, in part because we relied on emotion rather than ideals. We tried to instill in our kids a flag-waving, Red, White, and Blue fervor for democracy. But we forgot to train them in the core principles that prompted the nation’s founders to implement a republic rather than a democracy.

In our affluence, we made not only the luxuries but also the simple comforts of life available to our children, passively introducing them to the emotional freedom of living in a safe and secure country. But we rarely had them crack open a book on basic economics so they could understand how capitalism actually works or why any nation would opt for it. It’s no wonder that so many youths today are warming to communism, despite its decades of failure and destruction that killed tens of millions.

As with those who died in the World Trade Center, the victims of history’s brutal regimes can’t scream loud enough to reach the ears of those too young to have experienced it. If we really want our offspring to learn from history, the emotional tumult of those events must be paired with principled, honest contemplation of the human condition, both its ills and its charms.

Perhaps the trauma of September 11 has made it difficult for us to think clearly. We find ourselves, just one generation after our national kum ba yah moment, fighting each other in the streets, hurling the vilest epithets on social media, dividing ourselves yet conquering nothing.

If 9/11 taught us anything, it’s that we live in a broken world. It’s often painful and emotional. But humans are more than just our basic limbic responses. We can learn; we can ponder; we can understand. During this tense era in our nation’s history, we must take time to process and understand the sometimes-complex lessons from our past. If not, we will be among those who live purely on emotion, who writhe and riot, and who are destined to forget.