The Electoral College, Is It the School for You? 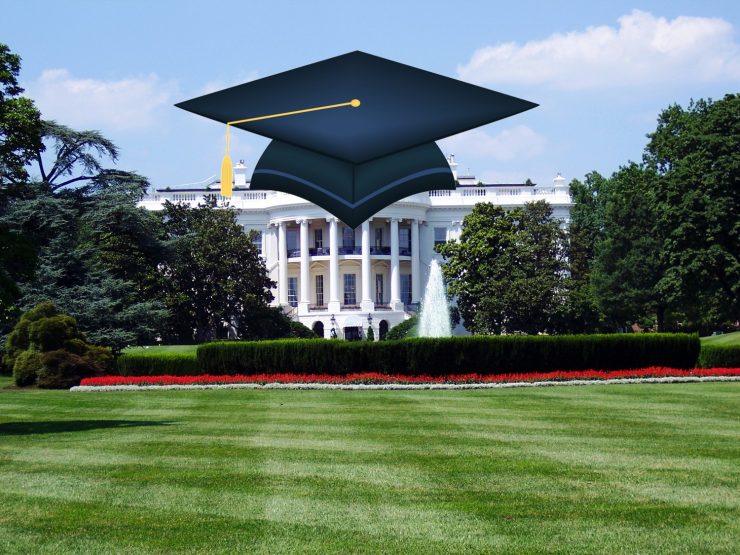 The Electoral College has been a core fixture of American presidential elections since the nation’s founding. But do you know anyone who ever graduated from it? It almost seems like a scam. I mean, I pay all of these taxes, and yet the government couldn’t find the wherewithal to send me a cool Latin-encrusted electoral diploma. And don’t get me started on the quality of that college’s sports teams.

Sometimes you think you are rid of the Electoral College, but then it pops up again every three or four years. That kind of persistence raises a key question: What is the difference between a college and a university? But there’s also the question of where the Electoral College came from.

Now, I could pull out some dusty reference book or the actual notes from the original constitutional convention to discover what those who crafted the presidential voting process were thinking. But hey, this is the twenty-first century. We have social media! When it comes to the Electoral College, people are social media-ing all over the place.

Here’s what I learned: The Electoral College was designed by white supremacists to give power to the slave states and obstruct the will of people living in more populace states. Wow! Double wow! I bet those eighteenth-century colonial meanies weren’t even shy about it either. They probably bragged about it openly and documented it right in the preamble to the Constitution, just after the “ensure domestic tranquility” part. I’ll look it up later.

But there are also voices online that provide an opposing viewpoint, and with equal fervor. This camp says that the Electoral College was just one of many compromises that happen whenever competing interests come together to try to build a shared political environment.

Then there was this article from last year in the New York Times where Sean Wilentz, author of a key book on slavery in early America, changed his mind on whether the Electoral College was based on racism. He was for it, but now he’s against it. I mean, he was for the idea that racism fueled the Electoral College, but now he doubts that perspective. His switch was so dramatic that he had to rewrite and republish major parts of his book. “That’s why a merciful God invented second editions,” he claims. Probably a zealot.

Now I’m starting to doubt the whole argument that the Electoral College lets smaller states take power away from the more populous states. Sure, it’s not fair that Wyoming, the 98-pound weakling of the states, has three electoral votes when, by population, it should only have one while California, the 600-pound fatso of the states, gets fifty-five votes. But is it fair that only California and Florida have a Disney theme park? No, it’s not fair, it’s not, it’s not, it’s not.

America is somewhat unusual in that citizens get to elect their own chief executive. Just a few weeks ago, Prime Minister Abe of Japan quit his position for health reasons, and his replacement was selected by legislators from their own ranks. Their legislature is called the “Diet” over there, so chew on that for a while. But at least they have a Disneyland.

If I had sum up my thoughts, it’s that the Electoral College, while not perfect, isn’t any worse than systems used by other countries. Still, all those angry messages on Twitter might be right. Perhaps I’m just not smart enough to understand why the Electoral College is such a terrible thing. No wonder they won’t send me my degree.