Time is Running Out to Commit Voter Fraud! 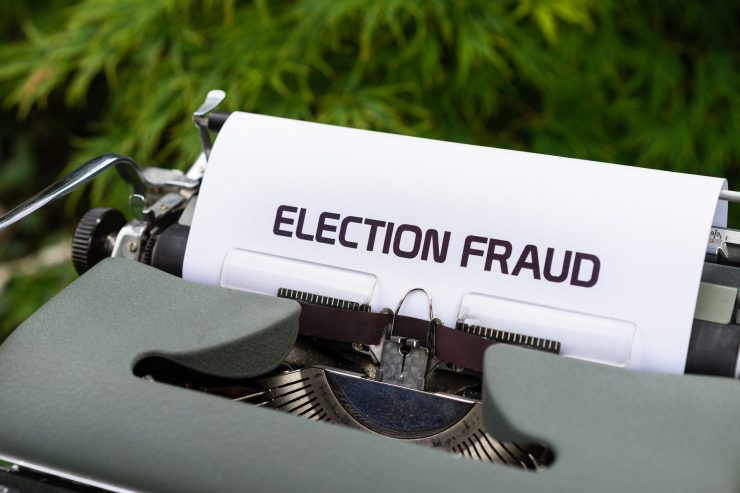 The 2020 presidential election is just a week away, which means you are almost out of time to activate your voter fraud strategy. Given the distributed nature of elections in the Unites States, where each of the over 3,000 counties, parishes, and boroughs in the nation manage their own voting processes, the only way to achieve a stolen election is to impact most, if not all, of these districts. Therefore, swaying this election is really in your filthy, grimy hands. Fortunately, the news media and major parties have all been warning about a plot to “steal the election,” so your nefarious plans should meld right into the narrative.

Before I get into the meat and potatoes of how you can still work voter fraud into your busy week, let me make a quick shout out to the nation’s Secretaries of State and County Clerks with this important message: This article is satire. People should not commit voter fraud.

And now, back to your plotting and scheming. Here are a few last-minute suggestions for making the most of your evil and conniving plans.

Keep your identity secret. If you are going to do something cutesy like posting, “Remember to vote next Wednesday,” don’t upload it under your own Facebook profile, where federal agents are already lurking. Create anonymous accounts on obscure sites like HipsterFashionForOctogenarians.com. Nobody will chase you down there.

Encourage people to misvote based on simple things, like the spelling or sound of a candidate’s name. This is especially important for non-partisan judicial races, which often lack the D or R tags that allow for research-free voting. But be sure to do your homework. If all the candidates from the other party have names that start with “A,” your hosed.

I don’t mean real ideas. I’m talking about pithy quips of ten words or less that capture everything the public needs to know about their godless candidate. These quotes can range from the meaningless, “Can you really trust her?” to the emotional, distracting, and hopefully true, “The other guy kills baby seals.” Avoid long explanations, and never provide links to the other candidate’s actual platform. The risk of people discovering that the other side of the aisle has some really good ideas is too great. If you can’t think of anything quotable, just put a photo of Hitler next to their candidate.

If you are short on ideas, just jump on the pro-life or pro-choice bandwagon. Remind people that abortion is the only thing that matters in this election, even though it rarely plays any role in the everyday governance. This is especially true for the president, who has virtually no control over national abortion policy. Even slam-dunk Supreme Court nominees have wavered on the matter, so nothing is guaranteed. It’s the perfect way to deceive the electorate: minimal impact to the status quo, maximum emotional turmoil.

When election day finally arrives and it looks like your side might lose, use the power of pizza. Don your best pizza-delivery outfit (wear a mask!), walk into an at-risk precinct carrying two pizza boxes, and announce that the League of Women Voters thought the crew could use some nourishment. The first box must contain a half-meat-lover’s, half vegetarian pie, perfect for instilling animosity. The second box should contain bundles of “misplaced” ballots, already filled out, a bit of pizza sauce smeared here and there. It shouldn’t take long for you to hear, “Hey, which of you official poll workers tossed these perfectly valid ballots in the pizza box instead of putting them in the secure counting box? Sheesh!” It works every time.

When rolling out your plans, make sure you avoid discussing any real policies. I mean, it’s unlikely that you really understand the underlying economic and political issues anyway, so why take a chance on inadvertently playing up the other side’s platform?

Also, don’t resort to fear or threats. Those are the key tools used by the major parties, so it’s doubtful they will be effective as a countermeasure.

Above all, remember that felonies can be fun! And make sure you cast your own vote. But don’t dawdle. You don’t want to find yourself too-little, too-late for next Wednesday’s election.