What Went Wrong with the Republican Party? 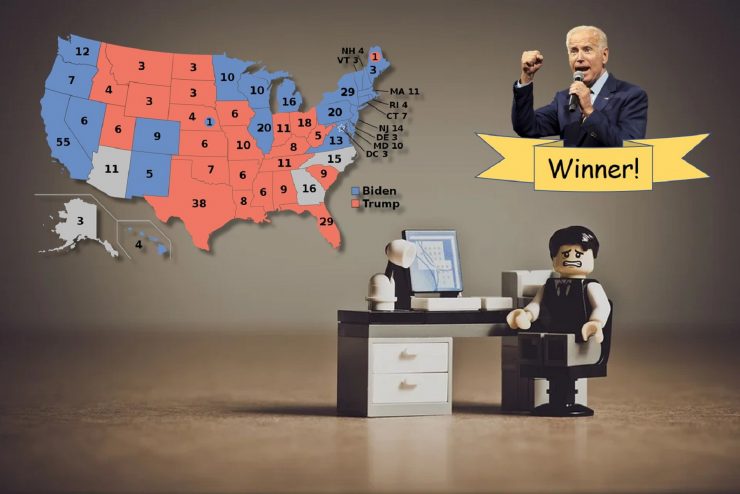 With the Electoral College victory of Joe Biden, yet another sitting Republican president has gone down in defeat and shame. Back in the 1970s, President Ford recognized that the nation had passed through a “long national nightmare,” instigated by his Republican predecessor. Here in the twenty-first century, journalists invoke Ford’s national-nightmare mantra to describe the actions of the current Republican chief executive. Despite being lifted up as the “party of family values,” the moral failings and temper tantrums of the party’s sitting leader have yet again tied the words “Republican” and “conservative” to a recognizable litany of human weaknesses.

It wasn’t always like this. The GOP has a rich, honorable history, going clear back to the election of its first president, Abraham Lincoln. The party formed in the wake of the slavery-appeasing Kansas-Nebraska Act, which inflamed existing northern Whig Party members. They reassembled as the anti-slavery Republican Party and sought to extend Jefferson’s promise of inalienable rights to everyone, especially those placed under the yoke of southern bondage.

Thus, the Republicans were born on a moral high ground, situated on a foundation of natural rights and the elimination of government-sanctioned oppression. While it certainly stumbled over the decades, the party’s valiant role in eliminating slavery linked it with moral right. The party leadership didn’t waver (very much) from this position even when confronted with Nixonian offenses. When Richard Nixon’s own tape recordings contradicted his claims of innocence concerning Watergate, key Republican leaders (former presidential candidate Barry Goldwater, Senator Hugh Scott, and Representative John Rhodes) told him outright that he no longer had the party’s support. Nixon announced his resignation the next day.

Such Realpolitik no longer dominates in the era of Trump. Rather than castigating their leader for his errant ways, many GOP faithful are more than ready to go down with the sinking ship. The dangers of allowing the Democrats to gain power, they insist, is too great. Therefore, the Republicans must use every tactic to maintain control of the branches of government, to ensure that political power remains with the more moral party. This belief that the Republican party wields power as an extension of its moral superiority has helped bring it to its present desperate state.

Political parties, like any corporate body, are amoral. Whether you believe that ethical standards came down from atop Mount Sinai on two stone tablets or were the product of a social contract and evolutionary necessity, the fact is that morals apply to people, not organizations. When the Whigs coalesced under an anti-slavery banner, they were not constructing a body that was itself a moral agent against slavery. Instead, they were building an association through which the moral vision of its members could best be realized. When northern Whigs determined that their current party was an ineffectual tool for battling slavery, they had no qualms about abandoning that tool, since the moral ideals that they stood for were situated within themselves, not within the Whig organization.

Political parties are vehicles of raw power, and the newly formed Republican Party was no exception. Political power is a real thing, just as morality is a real thing. But those two are not the same thing, and they cannot occupy the same space. Attempts to mingle the political and moral realms will always result in one of them achieving dominance over the other. Power is extremely adept at acquiring and maintaining dominance, and it isn’t swayed by our Hollywood fantasies of the good triumphing over evil.

At some point, the Republicans forgot that morality and power are not the same thing. Perhaps it was during the Reagan era, when the nation achieved a moral victory over the corrupt Soviet system. Or it might have happened during the Clinton presidency, when Republicans discovered they could beat the Democratic president into submission by endlessly investigating and broadcasting his moral character flaws. Or maybe it was from the wounds they endured over false accusations of being the party of racism and bigotry.

Whatever the cause, the Republican Party currently gives the impression that its raison d’être is not the moral vision of its members to secure the rights of individual Americans, but rather the political power it wields in the name of its supposed moral awesomeness. Under such a system, the braggadocio and mendacity of its president are seen not as moral wrongs to be corrected, but as evidence of its rightful power made possible by its obvious moral authority.

The Republicans are not alone in such self-deception. The Democratic Party has demonstrated similar behaviors since the introduction of Progressive policies during the Wilson presidency. The Democrats had their own Trump moments in both the Johnson and Clinton administrations. The GOP was a bit late to the game when it came to confusing power and morality. But what it lacked in punctuality it more than made up for in its willingness to endure the rude vices of its most prominent member.

America’s Constitution was crafted specifically to diffuse political power. Two and a half centuries later, that perspective is considered backward and immature. It’s all about power now, and the Republican organization, not being a moral agent, was unable to ward off the temptations of power already in active use by its key rival.

Republicans will certainly engage in a bit of soul-searching come January 20. But until both they and the Democrats are willing to rightly untangle morality from power, there is every reason to believe that both parties will continue to field presidential candidates who themselves can’t tell the difference.